I haven’t posted on this site for a long time, but I’ve still been working on a wide range of other projects. They have included quite a few podcast appearances, including my ongoing role as the master of ceremonies for The Tomorrow Society Podcast. On this audio interview show, I talk with authors, filmmakers, former Disney Imagineers, and other experts about Disney, theme parks, and related subjects. I’ve released 133 episodes so far and had such a great time interacting with so many smart people working in and covering the industry.

I’ve still had the chance to talk about movies and TV, which is always a great time. I recently spoke again with Brian Jay Jones, author of George Lucas: A Life and Jim Henson: The Biography. Our topic this time was Season Two of The Mandalorian, which has reenergized Star Wars through the TV medium. Brian is a passionate fan of the franchise and had a lot of interesting thoughts about the season. We also talked about how Disney is expanding Star Wars into a large group of new series during the next few years.

Earlier in 2020, I also spoke with filmmaker Lesley Iwerks, who directed The Imagineering Story documentary series for Disney Plus. I was surprised by how candid this show was about the challenges for Disney and its Imagineers. This isn’t just a promotional look at the magic of theme parks. Instead, Iwerks covers layoffs and unfortunate creative choices right alongside the classic attractions. It’s a fascinating series that is worth watching even if you aren’t a diehard theme park fan. 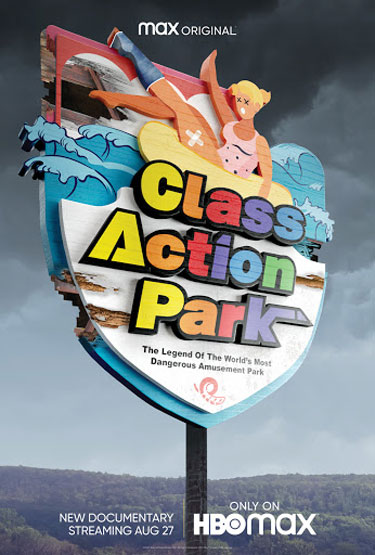 The Hilarious and Tragic Story of Action Park

I really enjoyed catching up with the documentary Class Action Park, which presents the ridiculous and sad story of New Jersey’s craziest amusement park. Action Park was the brainchild of Eugene Mulvhill, a wild card who didn’t follow typical rules for building rides and water slides. This led to a notorious park both for its lack of rules and for the accidents and deaths that occurred there. On the Tomorrow Society Podcast, I spoke with Writer and Co-Director Seth Porges about his film. Porges grew up going to Action Park and had so many good stories from making the film.

I’m intrigued by the fact that Action Park existed, though I should not be surprised as a child of the ‘80s. We wandered the city as kids on our bikes (without helmets) and ventured far from our house in St. Louis. Class Action Park depicts a time when kids had great adventures but also risked peril at the same time. I couldn’t imagine letting my girls go to a place like Action Park today. Seth is also a big theme park fan, so we also talked about some recent developments in the industry. 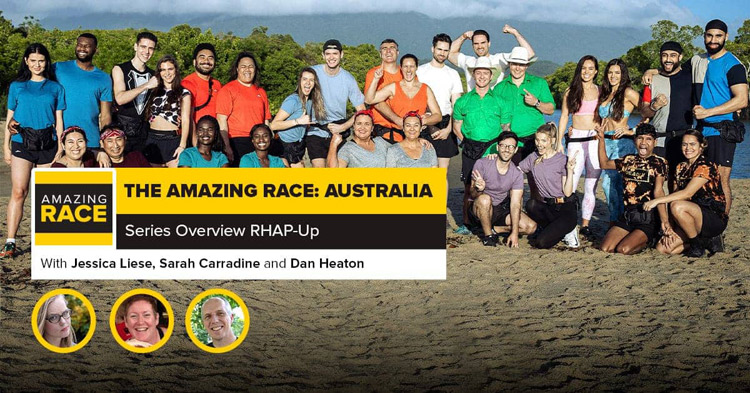 A Different Kind of Competition: Spotlighting the Amazing Race Australia

On a different note, I’ve been a longtime fan of The Amazing Race since its earliest days. This includes international versions like The Amazing Race Canada. I’ve podcasted about that version for Rob Has a Podcast for five years with Jessica Liese. That’s hardly the only example in another country either. A revised version of the Amazing Race Australia returned in 2019 and is back for another installment now. Host Beau Ryan brings a laid-back attitude to the show that fits with this type of competition.

Jess and I were joined by Australian podcaster Sarah Carradine to spotlight this new season for Rob Has a Podcast. We covered the first six episodes and the various twists, including some questionable ones. Tasks this season have included an outhouse race in the Dunny Derby, cutting a lawn with tiny scissors, and recreating a World War II bombing with a carnival game. I appreciate how this show is willing to take chances and try just about anything.

Another difference with the Amazing Race Australia is the large number of episodes and teams. They started with 14 teams and added two more “stowaway” teams during the season. They also air three episodes per week, which can be a challenge to follow. This has led to MANY non-elimination legs, sometimes two in a row. It’s a hard series to cover every week, but we may record another episode in the future. It’s pretty easy to find this season on YouTube, which is known as “Season 5” because of an earlier version. You can also listen to our podcast here. It’s a fun, unwieldy season!