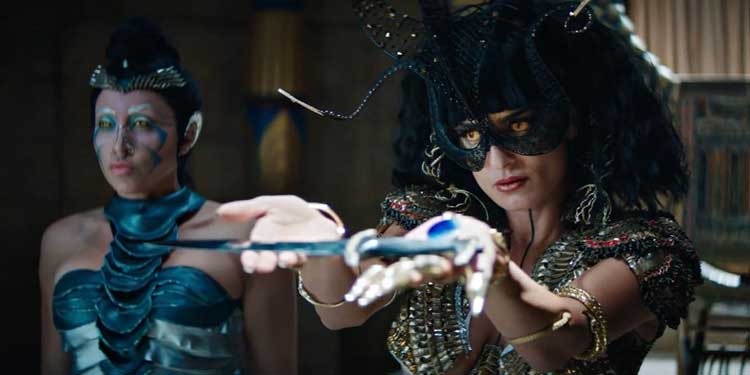 We’re an hour into Stargate Origins, and it feels both too short and strangely long. We don’t have enough time to really dive into the story, but scenes tend to extend beyond what’s needed. This is especially true when the Nazis appear; it’s hard to invest too much into their story. Other moments inch towards becoming interesting and have potential if they offered a bit more depth. That isn’t true with Brücke and his band of goofy villains.

The biggest hurdle for Director Mercedes Bryce Morgan and the writers is the small budget. It’s easy to criticize the limited sets and less effective CGI in Origins. I don’t mind an indie version of Stargate, but it’s harder to overlook the basic shots. In particular, the room with Dr. Langford and the imprisoned Nazis is quite dull. The camera sits back and gives us a medium shot that only exacerbates the limited sets. There are ways to reveal the horror of what Aset could accomplish with Hitler’s army. Instead, we remain at a distance from the events on screen.

It feels like we’re just playing out the string with Origins, but there’s still great excitement for the franchise. Building on the #StargateNow movement that I discussed last week, Joseph Mallozzi is rounding up the troops for an event to prove there’s still life in the fan base. Before I dive into that exciting day, let’s take a closer look at last week’s two Origins episodes. 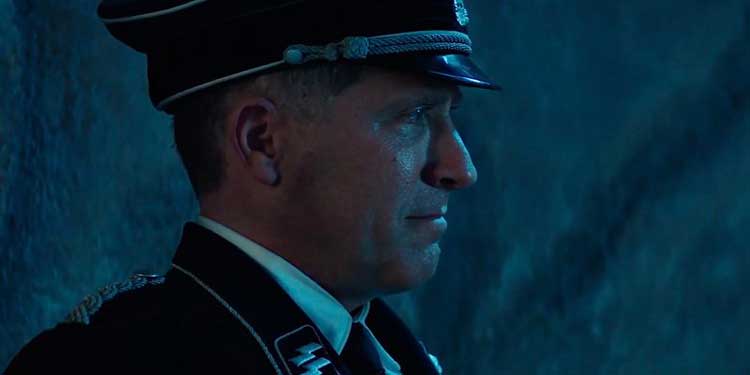 Beginning with a close-up of a film camera, Episode 6 contains a lot of exposition. Aset needs allies (or slaves), and Brücke is willing to provide them. While Dr. Langford stews, the Nazis give Aset the perfect opportunity to gain power on Earth. Like I mentioned above, the shots are so flat here. It’s claustrophobic but not in a way that induces fear of a dangerous villain. The scene just sits there, and not even a clever jump cut between Dr. Langford and Catherine both wiping their brow can save it.

There’s more energy to Catherine’s scenes with the Abydonians, but it’s lessened with bickering. It’s hard to care much for Beal, who keeps disregarding Catherine’s justifiable concerns for her dad. The show also makes Kasuf appear dumb, which adds to the standard colonialist narrative. It’s designed for laughs, but it’s mostly just cringe-inducing. When the Seal of Ra switches to a Nazi symbol, it’s also less effective because of the earlier jump cut of wiping the brow.

I don’t mean to be too harsh about Origins. There are interesting conflicts lurking beneath the surface, and the idea of a Goa’uld working with Hitler has a lot of potential. I also loved the close-up of Aset holding the machine gun in front of the screen. It’s the best shot of the series thus far and sells her as a cool enemy. More of this in the future, please. 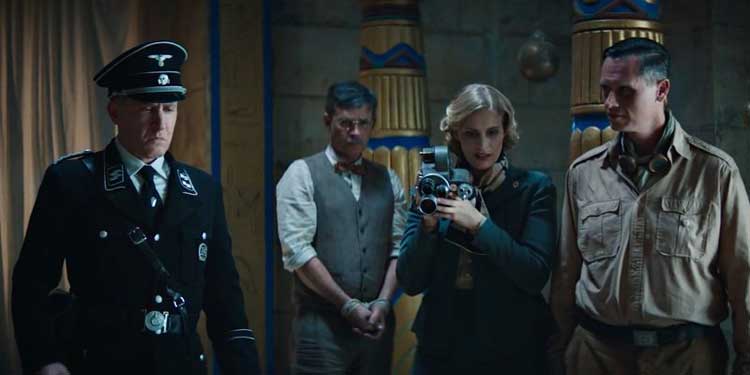 Episode 7: The Power of Naquadah

I’m intrigued by this episode’s opening scene where Aset displays the power of even the small rock that she presents to Brücke. Naquadah is no joke and powers all of the Goa’uld’s key weapons. Despite the over-the-top acting from Aylam Orian as Brücke, this scene feels like it belongs in a Stargate show. There’s a power-hungry Goa’uld enticing a less sophisticated human with the chance to dominate his world. It’s a cool opening but only lasts for a short time.

Back at the outpost, we’ve reached the next stage of the typical colonialist story. Seeing the necklace with Ra’s symbols, the natives assume that Catherine and her companions are important emissaries of the powerful being. We also have the weird native food and a drug that the humans fail to understand. This drug brings Catherine and Beal closer together despite her awful behavior. Their kiss at the end feels unfortunate because he’s just not a nice person at all.

The most interesting part of this episode appears in the Mission File on the Stargate Command website. That article clarifies that Aset is actually a clone of Isis, which solves one of the continuity issues spotted by fans. The problem is that we don’t learn this information in the actual episode. The theater show gives hints at the Ra/Aset relationship, but it’s a simpler picture than the reality. I hope we learn more in future episodes on Aset’s back story, but time is growing short. 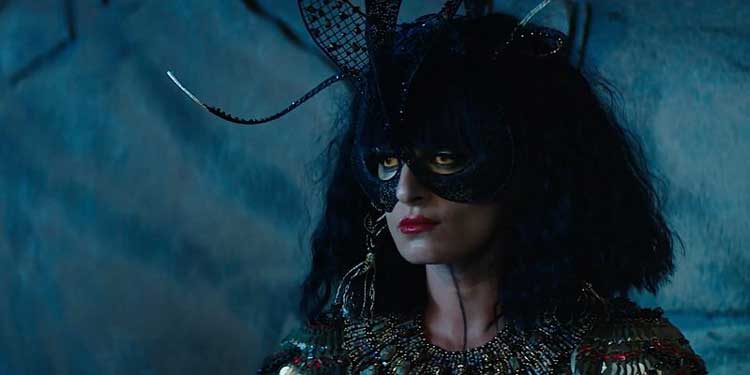 Let’s get to the real fun this week. If you want to see another Stargate TV series with a real budget and full episodes, set your calendars for March 9 at 9 p.m. Eastern Time. International fans should mark down March 10 at 7 p.m. GMT. Both slots will involve a one-hour tweetstorm that will help to reveal our Stargate dedication to MGM. Mallozzi explains the event in his February 26 blog post.

If you haven’t done so already, you should follow @Stargatenow on Twitter so you’re ready for the big event. They’ll reveal the hashtag 15 minutes before the tweetstorm; we should only use this one hastag to maximize trending for the topic. I know it seems a little silly to expect much from this event, but we’ve seen other examples of fan causes succeeding. Mallozzi believes that MGM wants to restart the franchise, so anything we can do to encourage them is essential. Let’s take this project to the next level! 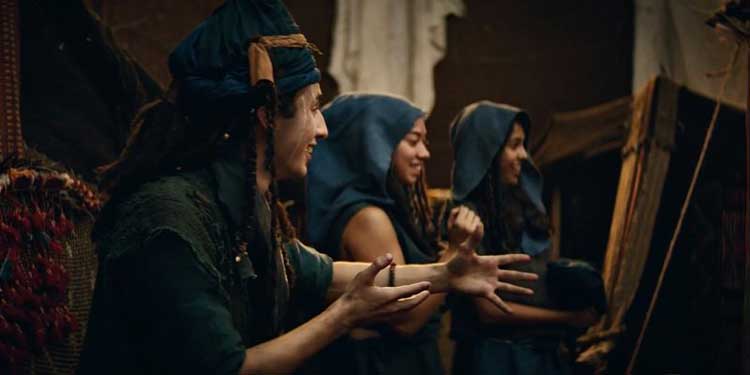