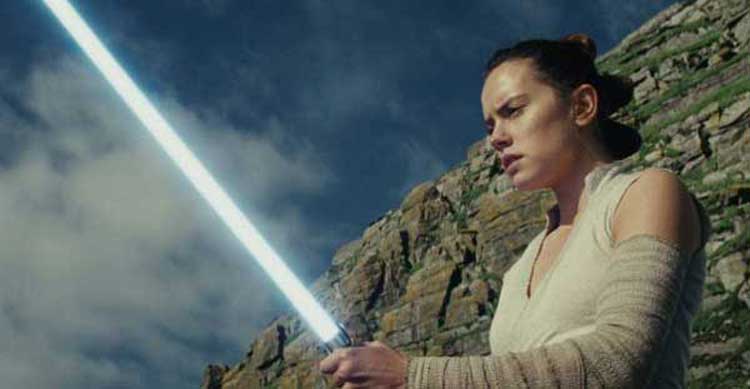 It's a fascinating time for the Star Wars franchise. Despite huge box-office receipts for Star Wars: The Last Jedi, some naysayers are questioning its long-term future. Critical and audience response has been very positive, but a vocal group of fans has spewed vitriol about certain story choices. In particular, the depiction of Mark Hamill's Luke Skywalker and some new Jedi powers have drawn scrutiny. A lot of the anger is silly because it's so hyperbolic. On the other hand, that doesn't mean all of the issues should be tossed aside. Rian Johnson (Brick, Looper) has crafted a film that's brilliant, daring, and quite divisive. I love the fact that fans are having tough discussions about this new chapter.

I was a little behind the curve and caught up with The Last Jedi this past Friday. I managed to avoid spoilers and entered the theater mostly cold beyond the basic elements. This led to a fun and surprising experience that kept me on my toes. I really liked the movie overall, though a few choices didn't stick as strongly. A big selling point for Johnson's film is the fact that I want to see it again as soon as possible. So much happens within the 152-minute running time, so I need more time to digest it on a rewatch. Hamill, Daisy Ridley, and Adam Driver are all excellent, and the two young actors shine in developing their characters beyond The Force Awakens.

My full review of The Last Jedi was just posted tonight on my other blog at The Tomorrow Society. That site focuses on theme parks, especially Disney, so it made sense to write about that studio's blockbuster film on that blog instead of here. If you're a fan of Disney World and other theme parks, you should also check out my other blogs and podcasts on that topic. Regardless, I'd love to hear what you think of my reactions to The Last Jedi. You can check out that review by clicking here.