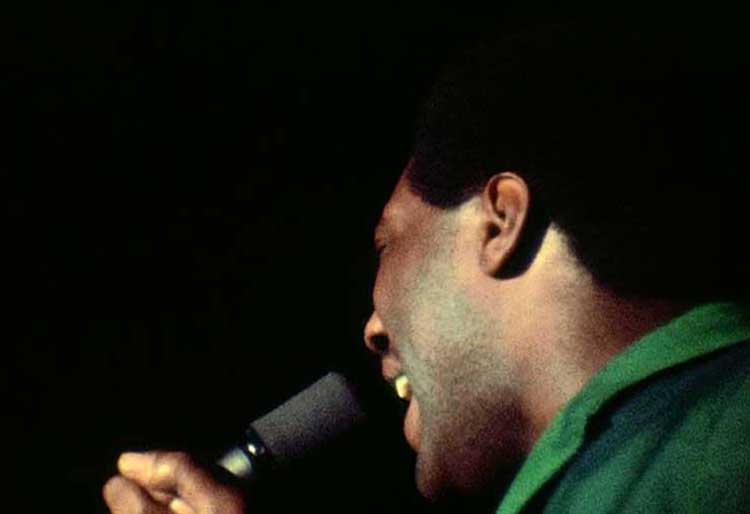 During this challenging election season, it has often seemed fruitless to focus on anything but the dangers facing our country. A sense of gloom pervades and may not go away regardless of today’s results. Given this atmosphere, it’s important to step away and think about wondrous gifts like art, music, and film. Over this past weekend, I looked back at the 1967 Monterey Pop Festival through two short films. This incredible event brought together so many innovative artists from the era. Well-known acts like The Who, Jefferson Airplane, and the Mamas & the Papas joined nontraditional choices like Ravi Shankar for the famous concert. Monterey also saw the emergence of transcendent performers like Otis Redding and Jimi Hendrix. Each is a subject of a D.A. Pennebaker short documentary released in the mid-‘80s.

I queued up both Shake! Otis at Monterey and Jimi Plays Monterey for first viewings. Clocking in at 20 and 50 minutes respectively, both waste little time and stay focused on the main attraction. Pennebaker’s feature film Monterey Pop does a great job chronicling the slate of artists but only gives 1-2 songs to each one. The chance to view full sets from Redding and Hendrix spotlights their complete skills. The sets flow much better and aren’t limited to a few memorable moments. It’s cool to see Jimi Hendrix burn a guitar, but there’s a lot more to him that just shock value.

Supported by Booker T. and the M.G.s, Redding bursts onto the stage like he’s been shot from a cannon. He was the final artist of the night and had extremely limited time. That urgency makes the five-song set a blast for the senses. Clad in a green suit and focused on riling up the crowd, Redding lumbers around the stage to Sam Cooke’s “Shake”. It makes sense to have this song as the film’s title; there are few quiet moments in this set. That quick pace continues with “Respect”, which feels more aggressive than Aretha Franklin’s well-known version. It slows down for “I’ve Been Loving You Too Long”, but Redding is still magnetic on stage.

Pennebaker shifts deftly between close-ups of Redding with medium shots revealing the band. An inventive shot from behind Redding’s head with the spotlight centered on it proclaims his stardom. During a fiery soul version of “(I Can’t Get No) Satisfaction”, quick cuts sell the intensity. This cover uses the Mar-Keys horns rather than Keith Richards’ guitar as the driving force. It isn’t just a retread and finds new ways to deliver a popular song. Artists were less averse to covering recent songs during that period, and it’s great to see.

Redding closes the set with “Try a Little Tenderness”, and Pennebaker makes an interesting choice to focus on the audience. Cutting to a tired woman to match the song’s lyrics is too on the nose, but the effect works in general. Shots of people dancing and having fun earlier in the day mostly work, despite its separation from Redding’s performance. The ultimate return to stage builds the energy to a feverish pitch, and then we’re done. It’s a testament to Redding’s power to get so much out of such a brief set. The tragedy is realizing that he died less than six months later. Redding was only 26 but carried himself on stage like a show-biz veteran. Shake! reinforces the great talent and potential for a performer who built a legacy in such a short time. 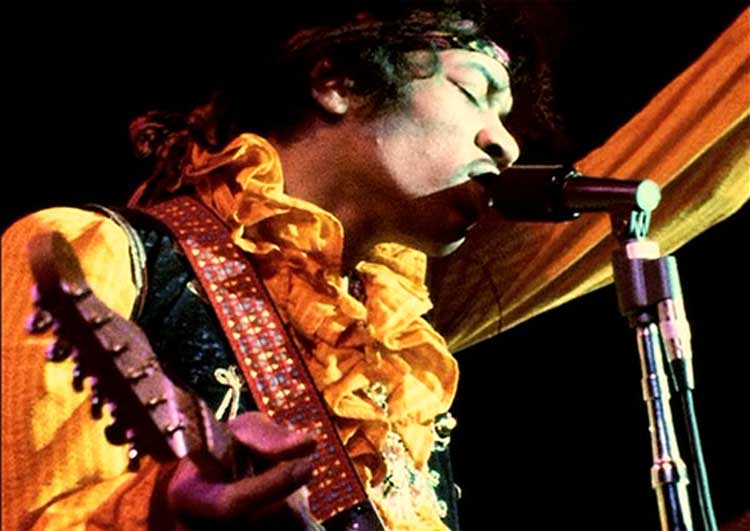 There’s a similar sense of loss while seeing Hendrix rock at Monterey. He was only 24 and unknown to U.S. audiences. Three years later, Hendrix was gone with so much unseen possibility. We’re lucky to have such a clear document of his skills in Jimi Plays Monterey. Pennebaker takes longer for set-up this time, with mixed results. The opening sequence with speed painter Denny Dent working to the sounds of “Can You See Me” is stunning. Less effective is the narration from John Phillips to give background on Hendrix. It expands the running time yet does little but postpone the main event.

Thankfully, the delay is only about 15 minutes before we reach Hendrix’s performance. The eight-song set includes classics like “Foxey Lady” and “The Wind Cries Mary” along with a surprise cover. Before seeing this film, I had no idea that Hendrix covered Bob Dylan’s “Like a Rolling Stone”. This version is driven by guitar more than vocals, which fits both artists’ styles. Hendrix makes the song his own while respecting Dylan’s work. Like I mentioned with Redding, it’s stunning to see this cover just a few years after the song’s original release. It’s also a clever way for Hendrix to connect with the U.S. audience at Monterey. Picking a famous song from a big star reminds us that he’s part of the club.

It’s clear from the start that Hendrix belongs on stage next to the heavyweights. The long guitar intro of “Killing Floor” reveals his unique sound and on-stage charisma. Hendrix’s music transcends its time period, and his style and persona enhance the impact. When he plays the guitar with his teeth and behind his back in “Hey Joe”, it doesn’t feel like a gimmick. He treats the guitar like a foreign instrument, and the rapturous audience loves it. Pennebaker mostly uses close-ups to focus on Hendrix and barely shows his bandmates. There’s a sense that he could do anything on stage, and the camera (and us) don’t want to blink and miss it.