The Last Man on the Moon Review and the Essential Apollo 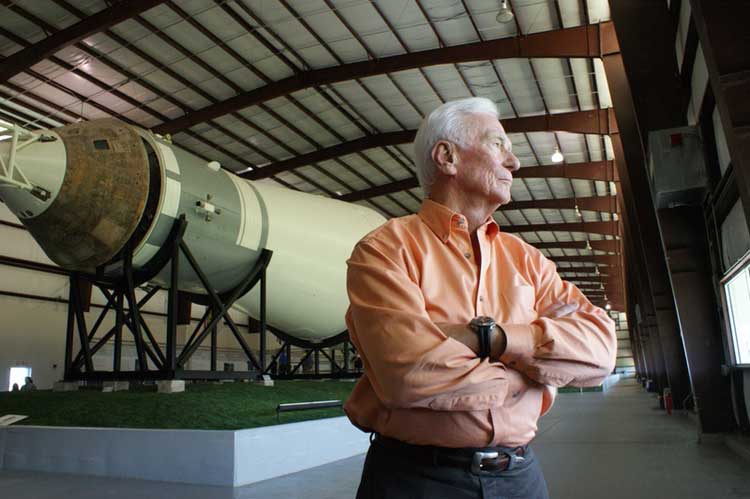 It’s hard to believe that almost 44 years have passed since a human last walked on the moon. When Apollo 17 returned to Earth, it concluded a remarkable era of technological innovation. Commander Gene Cernan signifies that end as the moon’s final visitor. Mark Craig’s documentary The Last Man on the Moon re-introduces Cernan to viewers that may only know Apollo from history books. They remember Neil Armstrong and John Glenn but often forget about the other guys. Each has a unique story about joining the space program and becoming part of the massive project. Cernan is 82 yet still embodies the youthful vigor of an astronaut. He also exudes a quiet sadness about the bygone era.

Craig depicts Cernan as a Western hero that once ventured into the unknown and returned a changed man. The film begins at a rodeo with the wild throes of a bull visually connecting to the rapid circling of the centrifuge. Cernan’s stoic face stands out in a crowd of rabid onlookers during the bull riding. It’s like his mind lives in a place far away from our concerns. Like Sam Shepard’s Chuck Yeager in The Right Stuff, Cernan exudes confidence without saying a word. Despite his age, he still seems above the fray and warmly recalls his big break. This is a guy that loves being an astronaut and has the right make-up for the job. He appreciates the chance but maintains the ego that got him to the top.

We’re nearing a time when few astronauts that walked on the moon will remain. Most are in their 80s and come from a bygone era. Even back in the ‘60s, these guys worked in a bubble separate from the Vietnam War and civil rights movement. Few can understand what it’s like to live and work on the moon. Cernan and other astronauts like Tom Stafford, Alan Bean, Charlie Duke, and Jim Lovell do their best to explain the challenges and glory of the space program. They’re proud of the accomplishments but have regrets about tragic failures. We hear the familiar tale of Apollo 1 and what they lost in the fire. There were previous deaths yet none stung as sharply as the loss of that crew.

This story focuses on Cernan’s three spaceflights: Gemini 9, Apollo 10, and Apollo 17. Each brought unique obstacles, particularly a failed spacewalk on his first mission. Craig mixes archival footage with stunning visual effects that don’t take you out of the movie. Lorne Balfe's music creates the right mood for experiencing the wonders of space. I usually dislike recreations in documentaries but have no major issues this time. Hearing directly from Cernan about his mindset while the images play helps alleviate the concerns. We’re taking the journey with him through each major challenge. Cernan won a tight contest to command Apollo’s final mission, and the pressure to finish strong was palpable.

A key theme is what the astronauts set aside back at home to succeed in space. His first wife Barbara Jean Atchley openly recounts the difficulties with being married to a famous astronaut. Years after Apollo 17, Cernan was still touring the country. His personality fit that lifestyle (and still does), but it isn’t easy on others. There’s little anger in Atchley’s comments here; she finally recognized it wasn’t the life for her. Even Cernan’s current wife Jan Nanna admits the obstacles with her husband’s busy schedule. It’s also moving to hear from Robert Chaffee’s wife Martha Horn. He was part of the Apollo 1 crew killed in 1967, and she still gets emotional when discussing that day. It’s an emotional scene that reinforces the real danger for the astronauts and the impact on the people around them.

Is there anything left to cover from the Apollo era? Yes and no. Segments on famous moments like Apollo 1 cover familiar ground, but the emotional context is different. Cernan isn’t the same guy he was in 2000 when his book The Last Man on the Moon was published. The country has also changed and no longer has a shuttle program. There’s a brief moment where Cernan visits the site of his former missions and regrets it because it’s so empty. We also see him eulogizing Armstrong, who died in 2012. Apollo is our history, but its contributors are still living their lives. It’s refreshing to catch up with one of them in this film and get a small peek into an astronaut’s mind. 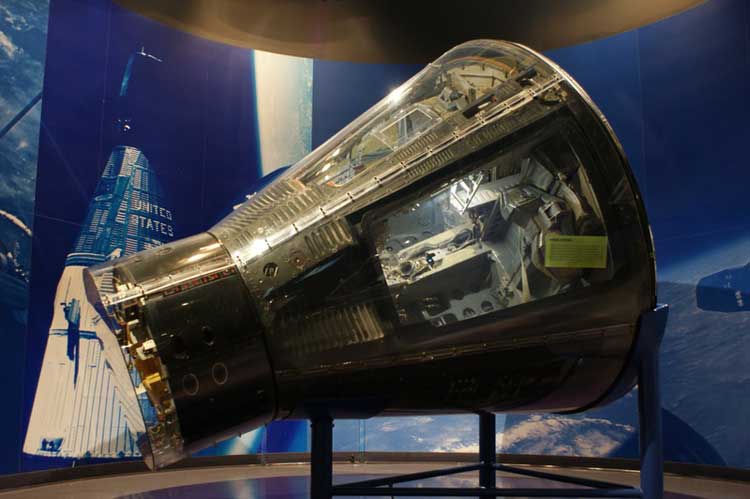 
Last Man on the Moon tells an engaging personal story, and it’s really just the tip of the iceberg. We all know about Apollo 13, but there’s a lot more to explore. Countless books are available on the topic, and it’s given us excellent documentaries and narrative films. These examples represent a small portion of the many available resources. Be warned; once you venture down this rabbit hole, it’s hard to escape.

For All Mankind: A perfect companion piece to this film, Al Reinert’s 1989 documentary includes incredible archival footage along with the astronaut’s voices and a score from Brian Eno. Instead of telling us how to feel, Reinert just presents footage of the Apollo missions in a well-edited package. The Criterion Blu-ray or DVD releases are a must for anyone interested by the space program.

A Man on the Moon by Andrew Chaikin: Easily my favorite book in any genre, this comprehensive look at the full Apollo program mixes the human story with the technical info. Chaikin’s enthusiasm for the material and the astronauts is clear throughout more than 700 pages. He avoids getting too technical and maintains a down-to-earth approach that’s infectious. I’ve re-read it more than any other book.

From the Earth to the Moon (HBO mini-series): Adapted partially from Chaikin’s book and produced by Tom Hanks, this warm mini-series wonderfully dramatizes the Apollo missions. The top-notch cast includes Nick Searcy as Deke Slayton, Stephen Root as Chris Kraft, Bryan Cranston as Buzz Aldrin, and Tony Goldwyn as Neil Armstrong. It’s a fun look back at history that never feels dry, and the amazing visual effects maintain the grandeur of space travel.

Chariots for Apollo by Joshua Stoff and Charles R. Pellegrino: This lesser-known 1999 book takes a very different approach to the space program. Instead of focusing on the astronauts, Stoff and Pellegrino concentrate on the technical successes. It won’t interest everyone but is still easy to read for people without engineering degrees. It’s an great way to fill in the gaps from Chaikin’s work.

In the Shadow of the Moon: This engaging 2007 documentary from David Sington brings together so many important astronauts to discuss their experiences. The combined effect of hearing Cernan, Aldrin, John Young, Mike Collins, Charlie Duke, Dave Scott, and others speak ensures we get the full picture. It’s a funny, informative, and surprising look at what it was like to be part of Apollo.