It’s pilot season again for Amazon Studios, and the focus this time is kids’ shows. Of the eight potential series released on June 17, six of them are geared towards children. They also veer towards younger ages with the majority of the pilots. I’ll cover the two adult shows later this week, but today it’s all about the kids. I’ve watched all of the new shows for you along with my kids. It’s interesting to note that five of the six primarily use animation. We’re in different territory than past Amazon shows like Just Add Magic or Gortimer Gibbon’s Life on Normal Street.

I’ve set up a simple rating for each pilot with three options: Binge It, Watch It, or Skip It. None of these pilots were bad; it mostly came down to personal preference. That’s also why I picked the middle option for half of the shows. Kids’ experiences will be different, especially based on their ages and sophistication. It’s also hard to predict how the shows would function as a full series. All episodes but one run about 11 or 12 minutes, so they might not work in a season. Regardless, it was cool to see the types of shows that Amazon considers worth previewing. 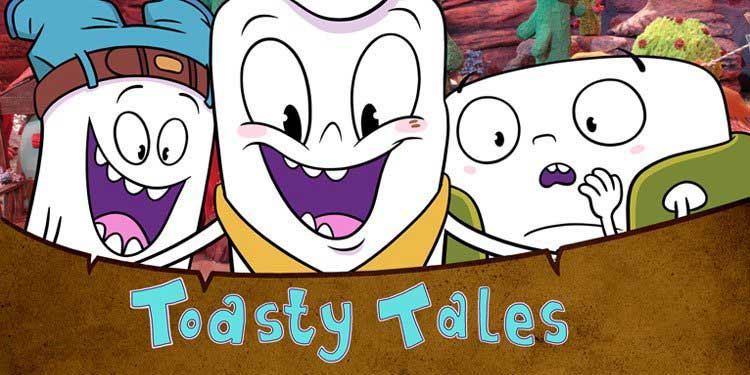 This mix of animated characters and miniature backgrounds is playful and energetic. Created by Thomas Borowski (Like, Share Die) and Caroline Foley (Rick and Morty), it follows Waffle (Kath Soucie) and her friends Pants (Tom Kenny) and Burger (Michael Croner). They take an epic journey to find the missing ingredient for delicious pancakes.

Toasty Tales is pretty manic for adults but has its moments. It’s hard not to like characters that care so much about pancakes. Plus, any show that ends with a pancake vortex and a monster retrieving its lunchbox can’t lose. This was also my seven-year-old daughter’s favorite show of the six. Verdict: Watch It 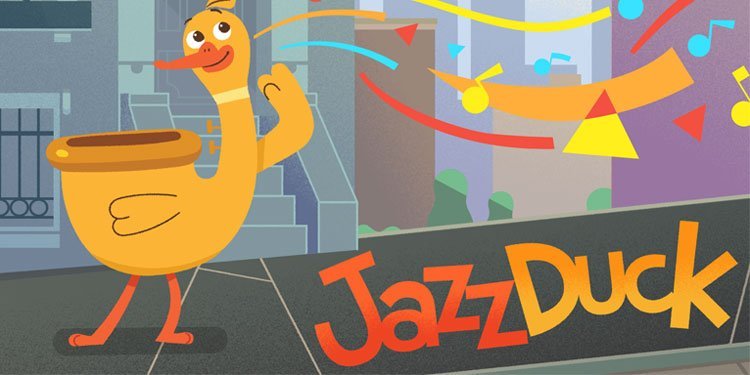 Filled with all types of musical instruments, JazzDuck is designed to charm younger kids. An unseen narrator (Sullivan Jones) talks to the title character as he visits the Big City. After losing his best friend Ball, JazzDuck (Ross Hughes) and his pals search for it to complete the band. The music is the real draw, though it’s on the simpler side. The drum-playing sloth is a nice touch, and there are clever touches. For toddlers interested in music and animals, this show hits the right notes. It’s just a little too thin to really stand out for me. Verdict: Skip It 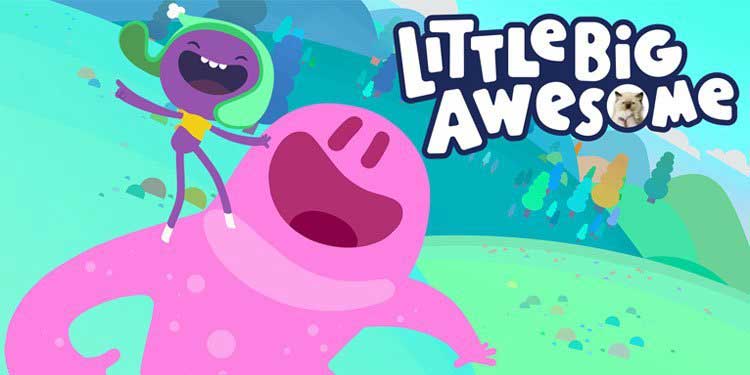 Easily the oddest show of the group, Little Big Awesome is a blast of colors and silliness. Director Sung Jin Ahn mixes animation, puppetry, and actual kittens in a surprising combo. When you have a real cat wearing an eye patch and using animated lips, it’s bound to be ridiculous. The story involves Gluko (Fred Tatasciore) and Lennon (James Arnold Taylor) taking an adventure, but it means little.

This is the type of show that adults might watch after a night on the town. That doesn’t mean it wouldn’t work for kids. The creativity is everywhere and even includes a Queen-like musical number. This is a cult favorite waiting to happen. Verdict: Binge It 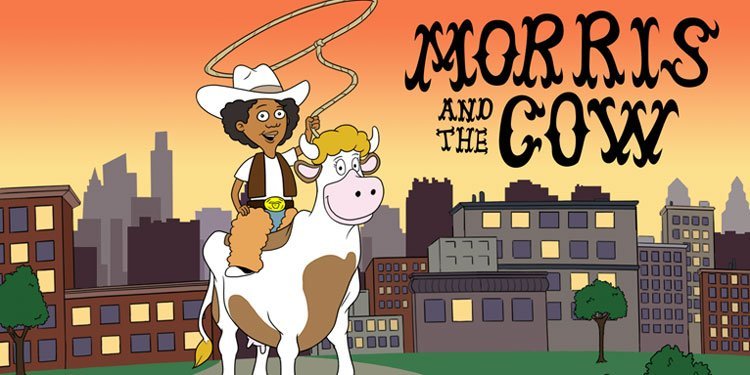 Morris and the Cow

It’s hard for me to dislike a show with a talking cow. Morris (Jermaine Fowler) and his cow Florence (Riki Lindhome) visit the rodeo to win a contest and meet their hero Jimmy Ray Royce (Thomas Lennon). Bernard Derriman has directed nine episodes of Bob’s Burgers, and the animation feels very similar. It’s more of a narrative show than the others and might draw some adults. There’s no assault on the senses. When you add in humble clowns and a sad talking bull, it’s a fun mix.

Co-creator Andreas Trolf also created the Nickolodeon show Sanjay and Craig, which includes a young boy and a talking snake. I’m sensing a pattern. This was my seven-year-old daughter’s least favorite pilot, which signals that it might click more with older kids. Verdict: Watch It 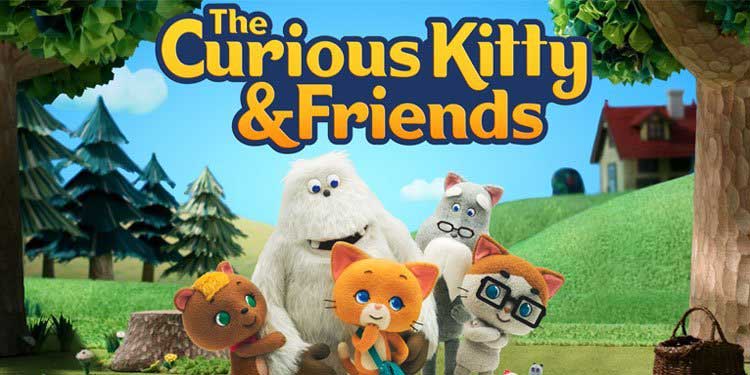 This stop-motion show depicts the curious cat Komaneko (Rebecca Bloom) as she explores the world with her movie camera. I like this animation style and think it serves kids’ shows well. This one is definitely geared towards the younger set. The friendly Yeti (Dee Bradley Baker) is cute with its grunts and other sounds. Making Komaneko a filmmaker also provides a cool touch. Produced in Japan, The Curious Kitty & Friends moves slower but is sweet for preschoolers. Verdict: Watch It 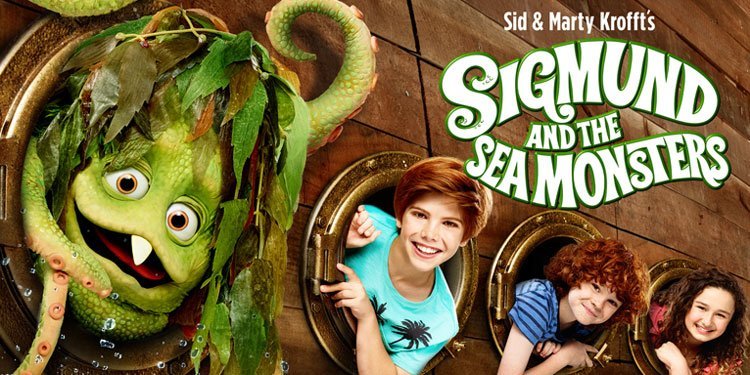 Sigmund and the Sea Monsters

The only live-action series in this crop, Sigmund and the Sea Monsters is a modern remake of a 1973 series. Johnny (Solomon Stewart) and Scotty (Kyle Harrison Breitkopf) discover a friendly sea monster trapped on the beach. Don’t let the title fool you; this is definitely a show for kids. The creatures are hardly scary and resemble puppets you might see in the ‘70s. The acting from the kids is also on the blander side, even when you consider the genre.

David Arquette provides support as Captain Barnabas, a true believer in sea monsters. This guy is a bit unhinged, which fits Arquette perfectly. It’s really hard to focus on anything but the silly Sigmund, but that is kind of the point. Very little is played straight in this oddball production. It's the only pilot that falls into the half-hour format. You can definitely feel the length. Verdict: Skip It

Anyone can watch all of these pilots on Amazon through this page. After viewing them, you should fill out a survey to help choose which shows become full series.
TV Review