The World That I See: Reads and Listens (February Edition) 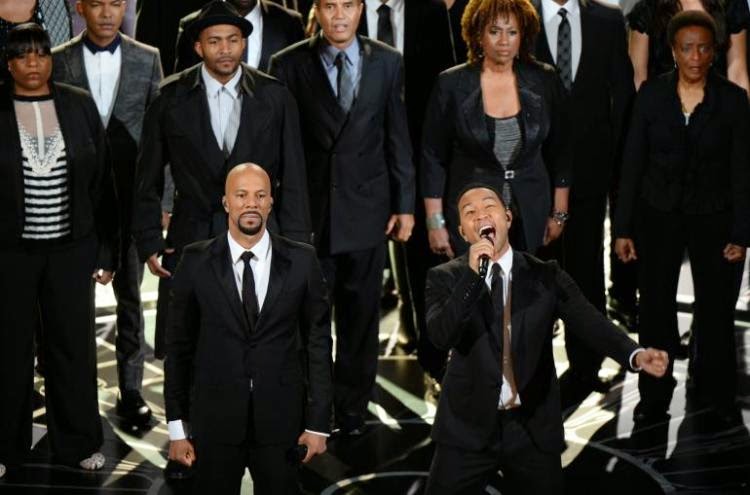 The major event this past week was the Oscars, though it already feels like they happened a long time ago. The impact of a Best Picture win isn’t the same as it once was, especially since there was little drama in the result. Most prognosticators expected Birdman to grab the top prize, and the acting awards were also predictable. The truth is that it’s hard to get too riled up about who “deserved” the win or gave the best speeches. It’s easy to think of ways for the show to re-invent itself to be more relevant to movie goers or not feel so safe. Even so, this may be a situation where little can change the prevailing trends. Awards campaigns play a huge role in determining the contenders, and the lengthy ceremony needs more than a few tweaks to change. Host Neil Patrick Harris is charming yet didn’t seem comfortable on stage. There were fun moments, particularly the rousing opening number. His one-liners mostly failed, however.

On a positive note, there were a few amazing moments that will stick with me. The performances of “Everything is Awesome” and “Glory” transcended the show for very different reasons. The first was a jubilant performance that captured the fun of the movie and brought together a wonderful group of artists. Mark Mothersbaugh, Questlove, and a hilarious Will Arnett as Batman were clearly having a blast on stage with Tegan and Sara. Arnett’s monotonous voice for the cry of “Darkness! No parents!” was pitch-perfect. Equally memorable was the moving work by Common and John Legend in the rousing hymn from Selma. It reduced many in the audience to tears and existed apart from the strange ceremony. What ties these two performances together is the way they didn’t feel self-serving. They showed the potential for something unique that was missing during much of the night.

Here are some interesting blogs and podcasts from the past month that deserve your attention:

This month included the 100th anniversary of Birth of a Nation, D.W. Griffith’s epic about the Civil War and Reconstruction. It’s a challenge to watch this film and not want to toss it in the garbage because of its racist content. On the other hand, Griffith masterfully used filmmaking devices that pushed the medium forward towards a new era. Godfrey Cheshire’s piece for Vulture about the film is a fascinating look at both the historical impact and the importance to the medium. Cheshire acknowledges the problems with Griffith’s depictions but doesn’t let it derail the most interesting aspects of the essay.

PBS is such a valuable commodity for children’s programming; our kids watch it every day. What’s often undervalued is the benefits it can provide for movie fans. I admit to taking the service for granted, which isn’t wise given constant funding concerns. Andrew Lapin’s “Why Cinephiles Need to Care about PBS before It’s Too Late” for The Dissolve points out the benefits yet shows how they’re being diminished. My local PBS affiliate sometimes skips episodes of The Independent Lens and POV for less interesting programming (in my opinion). Lapin shows how their impact is being lessened and why we need to seek them out right away.

Many writers mourned the loss of David Carr, a New York Times journalist who inspired so many young minds. He represented a different era for journalism in Andrew Rossi’s Page One: Inside the New York Times documentary and was known for honest essays about his past challenges. In “Personal Writing as Professional Empathy: On David Carr” at Movie Mezzanine, Alissa Wilkinson captures what made Carr so important. She uses his own words to make a convincing case for what we can learn from his approach to life. His work in covering movies also can provide important advice when writing about films.

There have been some huge losses in the movie world during the past year, including Robin Williams and Philip Seymour Hoffman. It’s hard to wrap our minds around a world that won’t include future work from them. A rarely discussed topic is the emotional depth that some artists mine to deliver such moving performances. This clip of Ethan Hawke on Charlie Rose seems so fitting to help explain the torment experienced by these guys. The idea that “it didn’t come for free” is the most simple and honest explanation that I’ve heard to try and understand the situation. Credit goes to Sheila O’Malley for posting this moving video on her great blog The Sheila Variations.

I’m still digging through the movies of 2014, so it’s refreshing when podcasts take their time and present their top 10 lists much later. Tyler and David at Battleship Pretension revealed their favorites last week, and their choices mostly avoided the obvious titles. The best part was hearing their lengthy discussions about the picks during an episode that lasted more than three hours. 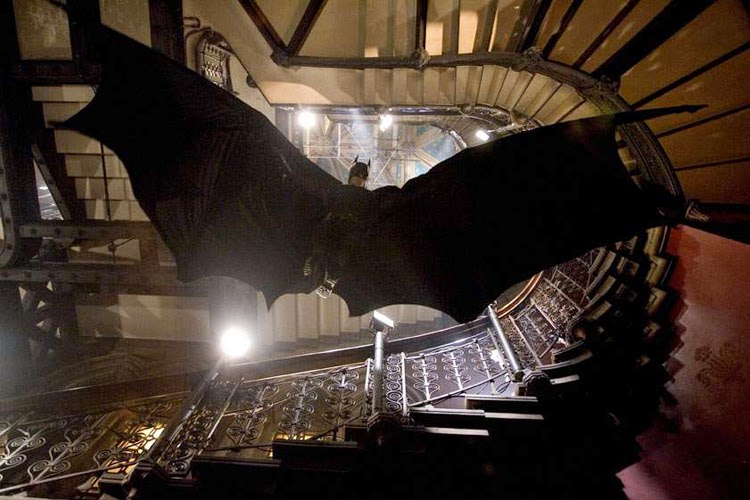 Several new podcasts have risen this year that deserve your attention. The first is Super Zero!, which explores the history of super movies from two very different perspectives. Matt Brown is the comics expert, while Alia Miller is the newbie. The duo has a great on-air chemistry as she asks the tough questions about genre landmarks like Batman Begins and Superman. My favorite episode thus far covered the original Batman, a movie that I loved as a kid. Matt and Alia delve into the surprisingly dark content from Tim Burton and other quirks from the movie that resurrected the genre.

Another podcast that’s just begun is Not at Odds, hosted by Jandy and Jon Hardesty. They’re married and bring a down-to-earth style to film discussions. The most recent episode covered their “Year of Positivity”, which aimed to avoid the first impulse to take a negative approach when considering movies. I haven’t gone as far as Jandy and Jon but am trying to use a similar way of thinking. Another one that I really enjoyed discussed the term “overrated” and why it’s problematic. The episodes last about 30 minutes and don’t waste time, and I appreciate the more focused approach to the medium.

This week also saw the final episode of Parks and Recreation, a series that I’ve admired more with each passing year. Few shows have such warmth among the characters without making the emotions seem forced. Alyssa Rosenberg’s excellent piece “The brilliant, confident liberalism of Parks and Recreation” on her blog Act Four also identified the rarity in how the writers approached politics. She provides another reason for why I’ll miss Leslie Knope, Ron Swanson, and all the Pawnee gang. I’ll close with a quote from Alyssa that gives one of many reasons for why it succeeded:

“And in keeping with the show’s confident liberalism, Leslie Knope’s enduring friendship with Ron Swanson (Nick Offerman) wasn’t merely a way for Leslie to demonstrate that she was tolerant enough to have a libertarian in her life, or as proof that brown liquor and breakfast food are the only two truly non-partisan things in America. While the two characters had wildly different visions of the best way to make the world a better place, Parks and Recreation didn’t just respect Ron’s position as an expression of principle; it found real value in the ways he lived his life.”
The World That I See