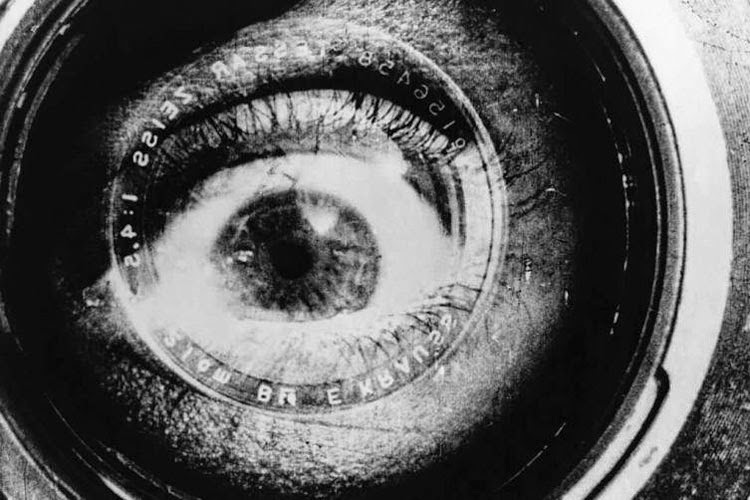 It’s rare to find a movie that feels unique; most are inspired by previous examples of their genre. Dziga Vertov’s Man with a Movie Camera isn’t the first documentary, but it remains a rare example of creative uses of the camera. Released in 1929, the Russian production depicts a day in the life in cities like Moscow, Kiev, and others. What makes it shine is the inventive ways that Vertov presents the action.

An unnamed cameraman (Mikhail Kaufman) actively looks for new ways to capture the shots, but we’re observing that guy from another vantage point. Kaufman is credited as this film’s cinematographer, so he’s hardly just an actor playing a role. Ranked #8 on the most recent Sight & Sound poll in 2012, this incredible film’s reputation continues to grow with each passing decade.

On the surface, a black-and-white documentary without a story doesn’t sound that intriguing. The selling point is how Vertov presents the material. The opening shot uses trick photography to present what appears to be the miniature cameraman standing on top of a giant camera. Other shots employ split-screens and multiple images superimposed on the other to create something new. A trick shot appears to present the cameraman being run over by an incoming train. Afterwards, a reveal shows a safe opening beneath the ground.

Titles at the start reveal Vertov’s ambitious plans for this film. There are no actors, artificial sets, or fictional scenario for this project. It’s like a variation on the rules of the Dogme 95 project many years later. Vertov was outspoken about his hatred of the fiction film, so this is hardly just an artistic experiment. He’s trying to prove where the real value comes from cinema.

A predominant theme is the act of seeing life through the visual medium. A late scene presents a crowd in a movie theater watching this film. There’s recognition that even a non-fiction look at real life is still being edited for audiences. They’ve arrived to watch entertainment, so even a filmmaker trying to show truth is still making something artificial. Vertov’s manifesto seems absolute, yet the trick photography reveals understanding of ways to manipulate our perspective.

Anyone who creates a shot with a cameraman projected inside a beer glass is hardly a humorless ideologue. There’s playfulness to this project that keeps it light despite the high-minded goals. Vertov shows a world in motion and speeds up the action to convey that fact. It’s an upbeat and energetic life in the city. A key factor is the editing from Vertov and his wife Yelizaveta Svilova, which brings together the chaos into a coherent whole. 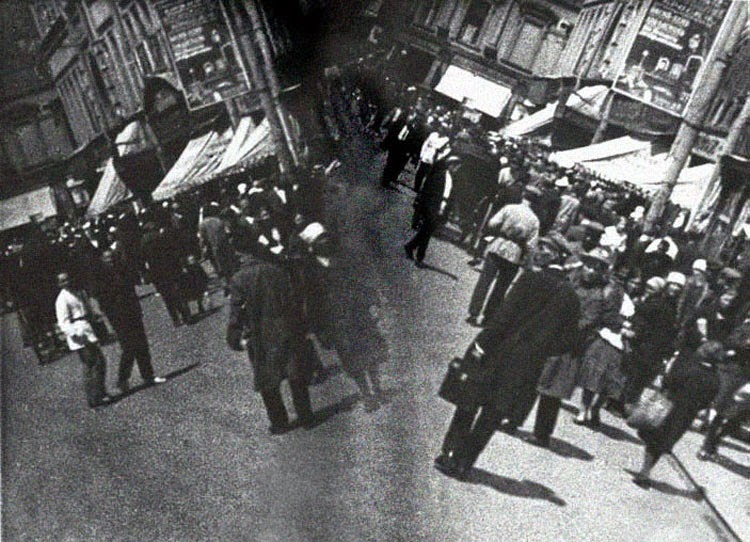 Beyond the style, Vertov finds emotional resonance in capturing various stages of life. A happy couple signs their marriage license, and a sad one prepares for divorce moments later. There’s a brief shot of a birth and washing the baby immediately afterwards. The camera observes intimate moments that connect emotionally because they’re universal. The hustle and bustle of the daily commute feels similar to what we experience in our cars today.

Trains and buses depart constantly and represent the backbone of the working society. It’s a communist world, and large pictures of Lenin remind us of this fact. Even so, there’s little difference in this community from our own. Vertov shows locations that are specific to Russia, but it doesn’t feel like a travelogue of a foreign land.

There are many versions of the score for Man with a Movie Camera, and each one definitely influences the experience. I watched Michael Nyman’s 2002 soundtrack from the performance at London’s Royal Festival Hall. The upbeat music brings power to the shots of the city in motion. The sped-up rhythms of the people and transportation create a dance between humans and technology. Nyman’s string-heavy score is hardly subtle yet brings energy as the pace increases.

There’s so much activity on the screen, so there’s no way to process everything on a first viewing. It’s the type of film that’s tailor-made to play on a large screen with a live orchestra. Watching it at home feels like a second-rate experience. Even so, Vertov’s work retains its power and creates a truly unique look at filmmaking and life itself.