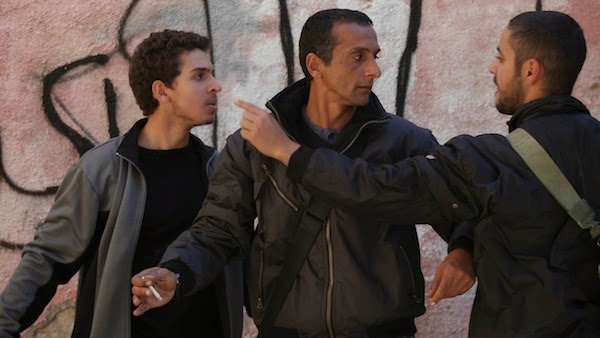 Bethlehem: An Endless Cycle of Violence

It’s difficult to understand daily life in a world filled with so much paranoia and anger. We’ve seen protests (justifiably so) here in Missouri surrounding the Michael Brown shooting, and there’s a next stage where sharp divides create a never-ending cycle. Violence is the primary method of communication, and each retaliation leads to more hatred. When you add religion to the mix, the chance for a positive solution becomes even lower. This toxic atmosphere pervades Israel in Yuval Adler’s Bethlehem, which depicts two guys on opposite sides of the conflict that have made a connection.

Razi (Tsahi Halevi) is an Israeli secret service agent in Bethlehem, and he’s built a fatherly relationship with the teenage Sanfur (Shadi Mar'i). Razi’s primary goal is stopping the Al-Aqsa Martyrs Brigade, but he has a soft spot for the boy. His concern for Sanfur is an emotional blind spot that hinders Razi’s ability to bring down enemies. Adler presents multiple perspectives and wisely avoids setting up one character as the hero. Tsahi Halevi makes us sympathize with Razi, who wants to do the right thing.

On the other hand, he risks his informants’ lives and looks for a weak spot to exploit and connect with them. He cares about Sanfur, but it isn’t just because he’s a nice guy. Razi has been pursuing Sanfur’s brother Ibrahim for a year, and this bond could pay dividends. Ibrahim is a leader responsible for suicide bombings and other attacks, so taking him out would be a major victory. On the other hand, there are plenty of lieutenants ready to step up and take their leader's place if he was taken off the game board. Ibrahim is the mouthpiece, and his face appears on a message following a suicide bombing that killed nine people. However, he needs a support network to keep attacking the Israeli system.

A telling moment occurs during Razi’s recovery at the hospital from a gunshot wound. He’s casually playing backgammon with an older Arabic man, but the tone changes when the guy recognizes him as an Israeli agent. The man tells a story of a neighbor who faced dire consequences after being discovered as Razi’s informant. This ugly tale reminds us that there are ramifications to Razi’s actions. He’s doing his job and taking down enemies, but there is collateral damage. The same fate could befall Sanfur, though the boy is hardly innocent. He isn’t a hardened fighter like Badawi (Hitham Omari), but he’s trying to prove his value. His dumb bet to take a bullet while wearing a vest puts Sanfur in the hospital with shrapnel in his side. Competing with his famous brother is impossible, and his dad believes he’s worthless. Despite informing to Razi, Sanfur’s still looking for an opportunity to escape his brother’s shadow.

The plot’s driving force is capturing Ibrahim, who doesn’t appear until 40 minutes into the film. The procedural aspects take over, and Razi and his associates devise a plan to stop the leader. The pursuit culminates in a tense standoff that goes sideways when a local crowd starts rioting. The camera moves inside the cramped attic while Ibrahim faces the hordes. It’s a claustrophobic moment that shows the lack of glory in Ibrahim’s fight. Even if the cops succeed, the anger towards them from local residents reminds us they’re losing the war of ideas. Killing Ibrahim will just make his partners even more dedicated. Badawi must do something big to respond, and there’s pressure from Hamas and his leaders on the next move. No one learns from a meaningless death. There’s always another enemy to capture, and there are an infinite number of targets for Al-Aqsa and Hamas. 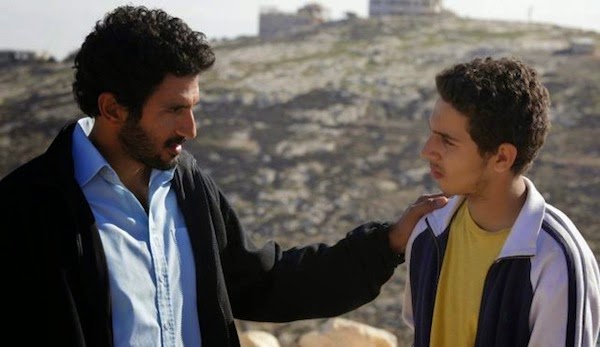 Despite the larger issues, Bethlehem is really about the relationship between Razi and Sanfur. There’s a true emotional connection that transcends the violence. Razi helps Sanfur recover from his injuries and sits by his bed like a family member. When the walls close on both of them, neither seems thrilled with betraying the other. Adler and Co-writer Ali Wakad give us multiple perspectives that expand the scope. It’s easy to sympathize with Razi or Sanfur while dreading the final outcome.

Badawi’s hardened approach and frustration towards politicians like Abu Massa (Karem Shakur) also makes sense. There are no true villains, and the frustrating situation makes it difficult for residents not to join the fight. Characters stroll into diners with machine guns on their backs, and it doesn’t feel that strange. The film’s opening shot reveals teens using a town sign for target practice. They’re preparing to take their place in the conflict, and there’s little else to do at this point.

There’s a fresh perspective to this story that comes from debut filmmakers. Waked is a journalist who’s spent years reporting on the conflict. This insider’s outlook keeps the screenplay from drifting into typical dramatic conflicts. Set during the second intifada in 2004-2005, the story reflects Waked’s time covering the struggle. Shooting in Jerusalem, Bethlehem, and nearby locations ensures the material feels relevant. It’s an Israeli-produced film but doesn’t convey a simplistic ideology. We can sympathize with the Palestinians’ anger towards the occupation. Adler and Waked take a procedural approach that avoids giving a one-sided view of the issues in the West Bank.

The three leads are non-professional actors, and that’s remarkable given the confident performances from Halevi and Omari. They bring a quiet composure to adults that have already seen too much carnage. Razi has a solid family life with a wife and two kids, but there’s intensity behind his warm demeanor that reveals his focus. Badawi shares this fierce perspective and barely raises his voice except when absolutely necessary.

Trapped in the middle of this ideological struggle is the young Sanfur, and Mar’i’s lack of acting experience shows the young man's innocence. He’s transporting money from Hamas to his brother while informing Razi about other activities. A hardened veteran would recognize that his days were numbered in this role. There’s no end in sight for this conflict, and Sanfur must choose a side or fall prey to both of them.
2014 Film Review