Not Fade Away Review (David Chase) 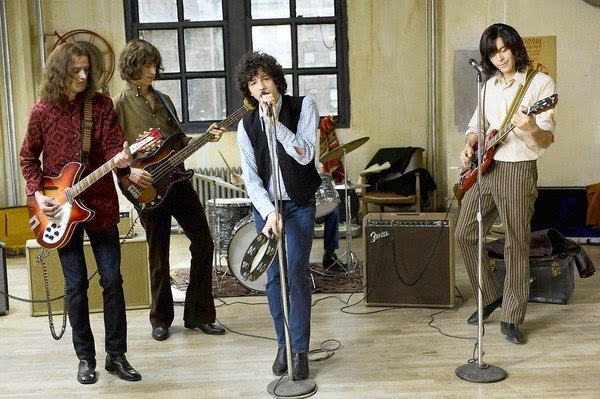 I have a recurring dream where I’m tasked with playing live in a familiar band. The locations are usually random; it once involved a concert in my neighbors’ driveway with the Reverend Horton Heat. The scenario typically follows a certain pattern. I get up on stage and start into the songs and then realize that I have no idea how to play guitar. This isn’t really a nervous dream since we somehow still manage to create the music. It relates more to a subconscious interest in making a band. This is hardly a rare idea; anyone with even a modest interest in music has probably dreamed of being a rock star. Countless movies have depicted young idealists who only care about becoming successful. A few of them succeed, but most fall into the standard rise-and-fall narrative. Talent isn’t enough in a business that’s constructed on the artifice of what makes a “real” rock band. There’s a reason that so few have reached the apex of stardom.

Depicting young artists is easier when they’re real-life stars. We know where Johnny Cash or Joan Jett is heading. There’s an inevitable movement to their stories that keeps us engaged. On the other hand, there’s no sense they’re really going to fall short. Ray Charles may struggle with drug addiction, but we know his ultimate destination. The benefit in presenting characters that aren’t real music legends is the unknown aspects of the story. Of course, this mystery only works if the people are interesting. The aspiring rocker may seem cool in the movie’s world, but it’s wise not to alienate the audience. Giving a young actor a sharp haircut and hipster sunglasses can only take him so far. 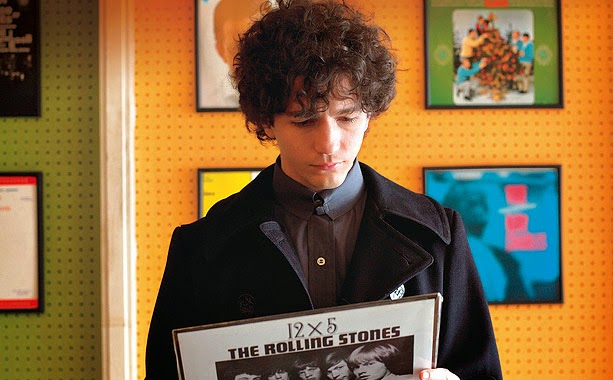 This challenge is everywhere in David Chase’s Not Fade Away, which chronicles a young man from working-class roots who joins a band. It’s a warm look at the ‘60s through some of its best music, yet its success hinges on the self-centered guy. John Magaro plays Douglas, a quiet teen who finds his place with rock ‘n’ roll. His timing is perfect and coincides with the rise of The Rolling Stones and The Beatles. The band gives him a sense of purpose, but it also lifts his ego into an unflattering zone. Douglas may feel engaged, but he’s become someone even less inspiring. When the band performs for a record producer (Brad Garrett), it’s hard to care. It’s clear they aren’t ready, but it doesn’t feel tragic. The constructive feedback that they need to pay their dues is accurate. It takes more than playing house parties for friends to become professional musicians.

This scene recalls a similar moment from Inside Llewyn Davis, where the weary title character (Oscar Isaac) takes his shot. In that case, he’s clearly a skilled musician but there isn’t “money in it”. The direct reply from Bud Grossman (F. Murray Abraham) is tragic because we know Llewyn’s skills and his limitations. His refusal to join a trio is frustrating because his stubbornness will be his undoing. By that point, I was engaged by his story and felt the rejection with him. There’s little of that feeling with Douglas. Instead, the band’s inability to recognize the truth is irritating. They’ve been wooed by stardom yet have no interest in working for it. There’s a similarity with Llewyn’s response, but it feels completely different because these guys haven’t earned our respect. 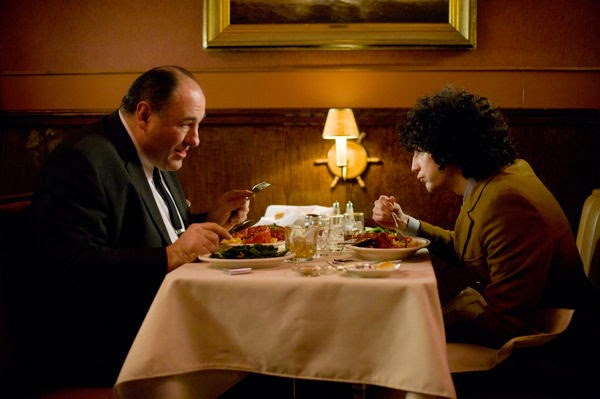 Not Fade Away has many connections with Chase’s young life in Mount Vernon, New York. There’s a love for this time period from a guy who grew up in this era. Along with the interest in music, the family dynamics connect to his teenage life. The relationship between Douglas and his father Pat (James Gandolfini) is tumultuous because their world views are so different. It’s a tricky performance for Gandolfini because he’s playing the familiar trope of the angry parent who doesn’t understand his son. The working-class guy takes out his frustrations on Douglas and has little joy in his life. A conversation near the end shows Pat in a different light, but it’s so out of left field that it feels comical. It’s a dreary existence and starts becoming repetitive with conflicts on the same issue.

An exception is the music, carefully prepared by Chase and Steven Van Zandt with more than the obvious songs. The soundtrack includes Lead Belly, The Left Banke, The Small Faces, and other notable artists. The film’s best scene has the band rehearsing in a basement and joining together one by one to play “Bo Diddley”. The melodic hooks and upbeat drums do an excellent job showing what attracts them to playing together. Chase maintains the one shot and revels in the creation of the art. Douglas begins as the drummer and only gets the chance to sing through pure chance. His first moment on stage to sing “Time is On My Side” shows his talent, if only for a fleeting moment. The guys spend more time squabbling then creating memorable songs. That performance works because Magaro shows the uncertainty for Douglas in taking center stage. We don’t get the same feeling once he’s become the front man and lost sight of what originally inspired him. An inevitable part of any rock fable is the love story, and Douglas' role in the band helps him woo a girl he’s pined over for many years. Grace (Bella Heathcote) comes from the other side of the tracks, and she’s drawn to rock musicians. A key early scene shows her watching Mick Jagger perform and gazing at him longingly. Grace may feel a bond with Douglas, but it’s his place on stage that draws her. When they travel to California near the end, it’s doubtful they’ll stick together for long. How can he compete with icons that have actually made it? Of course, it’s too easy to let Douglas off the hook for issues in their relationship. He seems more concerned with being cool than listening to her ideas. There’s a subplot involving Grace’s sister Joy (Dominique McElligott) that never really gets off the ground. Her fate shows the generational rift but does little to further the main story.

The real challenge in connecting with Not Fade Away is Douglas. His facial expression reveals a guy who’s trying to be someone, and it isn’t convincing.  Does Chase intend us to think of Douglas as a phony? If so, then the awkward mannerisms from Magaro are at least understandable. It’s still tricky to identify with his journey, however. We don’t have to love the guy, but it’s hard to find much reason to spend any time with him. The music keeps us afloat for a while and livens up the environment, yet it can only do so much. The final scene with Douglas’ sister Evelyn (Meg Guzulescu) breaking the fourth wall is an interesting move. Her appearance helps frame the events as a rock ‘n’ roll myth. Douglas fades into our memory while his sister dances away to the Sex Pistols’ performing “Roadrunner”. The torch is passed to a new generation, and that cycle continues today.
2012 Film Review