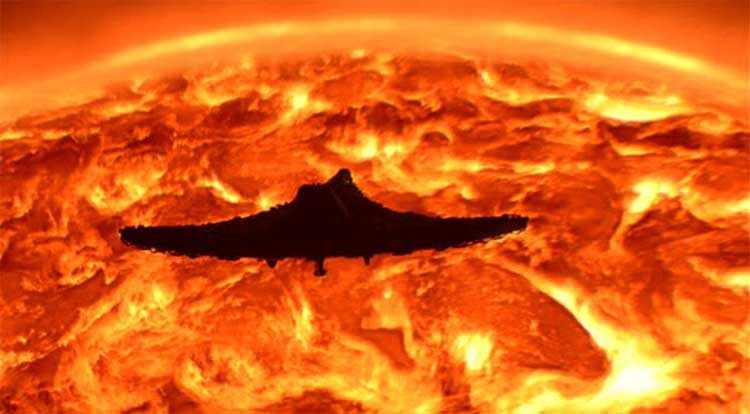 “I’m telling you, this ship came here for a reason!” – Scott

One of the major decisions that impacted SGU’s early run was splitting the fourth episode “Fire” into two separate hours. The result was “Darkness” and “Light”, and both episodes now had room to breathe. The extra time gives us a chance to learn more about the characters through the Kino interviews. Eli speaks with many of the supporting players to document their experience. The grim situation offers little chance for survival. Everyone handles this prospect differently; some like Rush have nothing to say. It’s a familiar device that recalls McKay’s interviews with the crew in SGA’s “Letters from Pegasus”. Without the split, most of these scenes would not have made the cut.

The expanded cast is important because it gives the writers a chance to introduce multiple viewpoints. Eli’s pulled into a meeting of hostile folks that includes James and the volatile Spencer (Josh Blacker). They’re essentially describing a mutiny, and Eli’s stunned reaction says it all. This moment sets the stage for ongoing dissension and doesn’t pay off, but it isn’t going away. Watching SGU on DVD makes it easier to consider the show as an ongoing story. With a guy like Spencer, it’s only a matter of time before his anger leads to trouble. He’s one of the less interesting characters on the show because he’s more one-dimensional, but his role is essential. You need some wild cards that may not become fan favorites but create conflicts when tough decisions arrive. 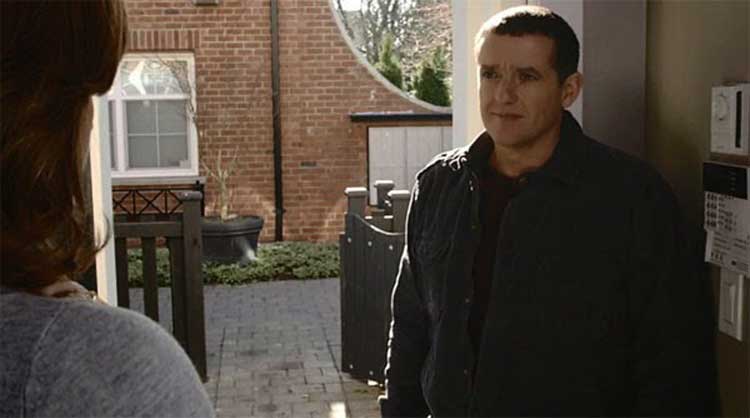 Both parts were written by co-creator Brad Wright, and they’re pivotal in setting the stage for upcoming episodes. The pace is slow and focuses on the characters, and doing so builds the foundation for connecting them with us. Each episode introduces a new challenge, and what’s surprising is that the crew is essentially helpless to combat them. Even brilliant minds like Rush and Eli can do little but hope for the best while the Destiny hurtles towards their, for lack of a better word, destiny. Unlike his counterpart, Eli stays laid back about the situation and draws Young’s trust. The colonel must give the bad news to Earth, and Louis Ferreira is sharp as Young tries to reconcile with his wife (Ona Grauer). His face leaves so much unsaid, and the regret about their relationship is right there.

Robert Carlyle does excellent work showing Rush’s growing mania because of sleeplessness and the inability to do anything. He’s convinced they’re running out of power, yet no one believes him. The reason they doubt him is because he’s grown unhinged and can’t explain himself clearly. He’s such a fascinating guy because he can be so difficult yet is such a distinctive individual. We’re never sure if he’s trustworthy, yet there are hints of goodness. His joy at their survival in the end of “Light” is genuine, though it only takes a short time before the walls return around him. That episode’s final scenes hint that Rush knew they’d be fine, but that doesn’t seem likely. He won't pal around because making friends isn’t his goal. Learning about the Destiny takes precedence, so Rush wants to keep his distance. Young and the others will just get in the way of his plans to understand the ship.

There’s a throwaway moment near the end of “Darkness” that drew the ire of some viewers during the initial run. Riley (Haig Sutherland) is piloting the Kino and uses the camera to catch a shot of James in her underwear. It’s the type of scene that would probably not have made the cut if the story was just one episode. This isn’t the most forward-thinking moment on the show, but there are some great reaction shots from Eli and Young after Riley gets busted. It’s a character moment that adds a bit of levity to a pretty dreary situation. On the other hand, it also comes across like an excuse to get an attractive actress into less clothing. Given the boys club in the writers’ room, moments like this don’t help with efforts to depict three-dimensional female characters. 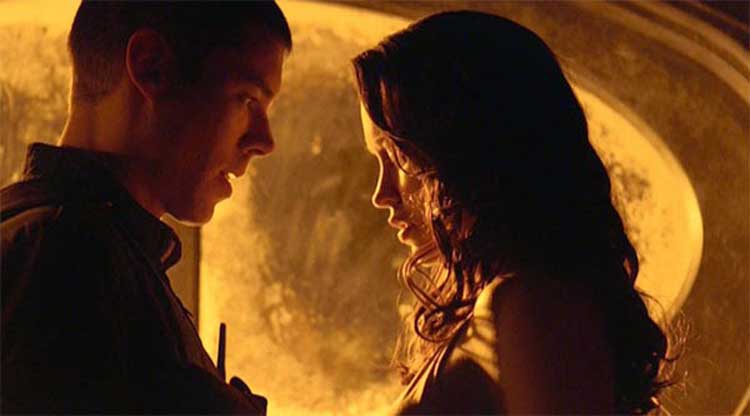 “Light” introduces the start of a romance between Chloe and Scott, which mostly comes out of nowhere but makes sense given their impending deaths. The fiery star in the background during their love scene is striking, and it isn’t a gratuitous sequence. It’s clear that Eli has feelings for Chloe, which turns Scott into the guy who’s messing with a fan favorite. Even so, the love triangle is so understated that it never becomes a cliché. There are sweet moments between Eli and Chloe as they watch the approaching star out the large window. She may still be the hot girl who just wants to be friends with the nice guy, but the actors sidestep most of those conventions. Elyse Levesque plays the type of character who predictably is taking a shower when the lights go out, but she’s believable.

Both episodes provide incredible visual effects during their finales, especially with the ride through the sun in “Light”. It’s easy to take this type of sequence for granted, but these shots look different than the typical space effects. The Destiny is massive, but it feels so small compared to the planets and stars. The sense of scale is what makes SGU different than many sci-fi series that preceded it. Jim Menard and his team deserve serious credit for making the ship and the environment appear real on a TV budget. A key factor in their success is the music from Joel Goldsmith, which brings a grand tone to the big moments. 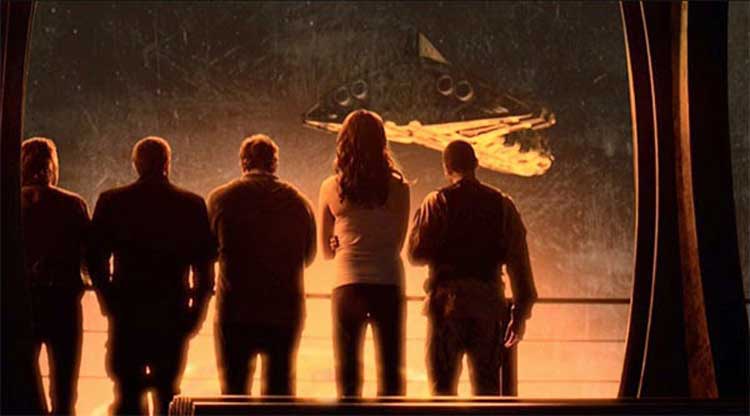 Another intriguing part of “Light” is the lottery to choose who can board a shuttle for a remote planet. The differing reactions to this decision reveal a lot about the characters. Wray’s forceful push for Young to choose the list makes sense, but he recognizes the personal fear behind her request. The winners include people we’ve never seen and not the stars, and even the supporting players that are picked aren't predictable. Given the challenges of their future, TJ's point that the others are the lucky ones isn’t a stretch. There’s no easy road, and successes lead to new difficulties. It’s refreshing to see a few smiles when fate goes their way, but this is just the first of the obstacles on the horizon.
Stargate Universe TV Review