Let’s journey back to the distant TV past of January 2009. It was a time of the “Sci-Fi” Channel, and the great Battlestar Galactica (BSG) was beginning its final run. It also saw the end of Stargate Atlantis (SGA), which aired its last episode following a cancellation that angered many fans. It had been 12 years since Stargate SG-1 premiered, and there had been no breaks for the franchise. What would the future hold? A new series had been announced, but it didn’t sound like the shows fans knew and loved. Brad Wright and Robert C. Cooper were moving on to a new frontier with Stargate Universe (SGU). Although it would be set in the same world as the previous series, the tone would be very different. The past shows sprung from the episodic action series model of the ‘90s. They’d expanded on that format but felt like throwbacks compared to popular shows like BSG and Lost.

It’s easy to see why Wright and Cooper were ready for a new challenge with SGU. Although they’d led a legendary sci-fi show that ran for 10 seasons and a successful spin-off, the medium was changing. Why not take a chance and stretch their creativity with a new style? A vocal group of fans weren’t ready to accept this different approach, however. They blamed SGU for the loss of SGA, and they rallied against it after every subsequent cast announcement before the show even aired. This was before the days of Twitter, so I can’t imagine how ugly it would be in today’s online landscape. Regardless, the series premiered on October 2, 2009 with the first two parts of “Air”. It was an ambitious story of a mismatched crew stranded in space on board a mysterious ship. The premise was an old-school idea, though the approach was very different. 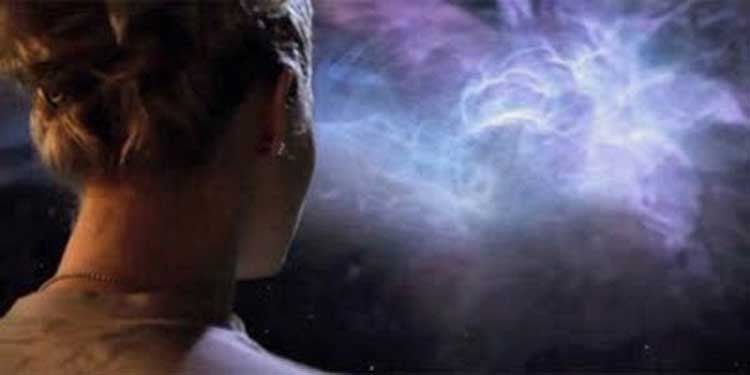 The most obvious influence on SGU was BSG, and there’s no doubt it played a role in shaping the style. Even so, it’s too simple to call it a copycat. Wright and Cooper evolved the Stargate formula into something that had slices of the past shows but a raw freshness to it. Despite that success, I’ll admit to having concerns about the approach during the first season. There’s a deliberate pace to the early episodes and a serious tone that didn't always work. It took a while for the writers to gain their footing in this new universe. That was my impression originally, at least. I’ve been meaning to go back and explore SGU apart from the preconceived notions of what a Stargate series would be.

This series of posts will reconsider SGU by digging further into the episodes five years later. I’ll separate them into small groups and do more than rate their effectiveness. The first entry will explore the three-part premiere "Air". The storytelling is very ambitious, but much of that was lost because it arrived so closely after SGA. It only lasted for 40 episodes, but they offered plenty of time to explore the key themes. SGU will probably work better on DVD since it’s more of a serial than the previous franchise incarnations. Separated from commercials, long waits between episodes, and other baggage, it could play much differently. Of course, there’s also a chance that SGU is exactly the show we thought it was. The answer is probably somewhere in the middle. Regardless of the result, I’m excited to revisit Dr. Rush, Eli, and the Destiny in the upcoming weeks.

Here are the individual entries so far: