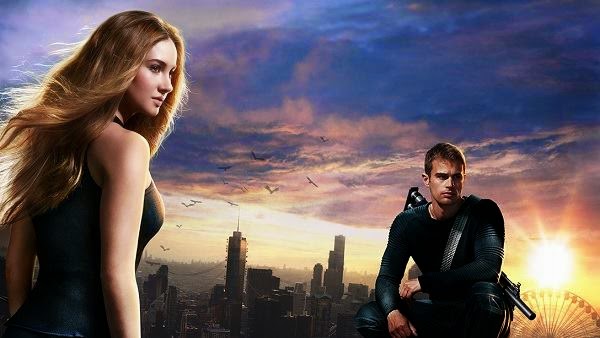 Veronica Roth’s Divergent is tailor-made for the big screen. Released in 2011, it’s the first installment in a trilogy of young-adult books. A teenage lead faces a new world and learns about her rare abilities. Who wouldn’t identify with that experience? Tris is becoming a strong individual and battling enemies while finding romance. She’s a loner and the only person capable of stopping the villains’ plans, which is no easy feat. It’s easy to compare this story to The Hunger Games, and there are some definite similarities. Both feature a female protagonist and a post-apocalyptic universe, though the structure and politics are much different. I’ll avoid focusing too much on those connections during this piece. It’s the first in a new series on this site that will cover both the original book and the film adaptation for various titles. The frequency will depend on my ability to find the reading time. These books are long! I’m starting with Divergent, which thrived at the box office in March. 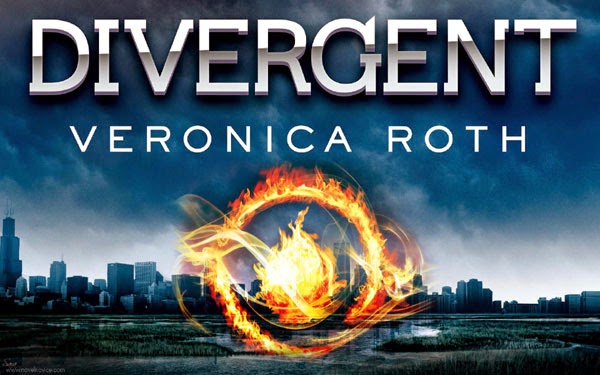 Let’s begin with the book, a first-person narrative about Tris’ induction into the Dauntless faction. They’re a warrior group with no tolerance for weaklings, so Tris struggles to prove her worth. Stepping back for a moment, this world is divided into five factions based on particular traits. When they turn 16, each teen faces a test that reveals where they should go (I’d fall within Candor or Amity). They aren’t required to choose that group, though. Tris is a rare case and “divergent”, which means her skills cross multiple factions. We spend a majority of the book with the Dauntless before the real threat becomes clear in the final pages. Roth takes her time and depicts the other initiates and the testing process. It’s the type of information that a film can’t provide. By the time we reach the end, our understanding of this universe is clear. The structure may be a stretch, however.

The first-person perspective puts us directly inside Tris’ mind, so it’s easy to understand her thought process. The dialogue gets awkward, especially when it covers her growing bond with Four. It makes sense from a 16-year-old’s mind, though. Comprehending how the factions really function is a greater challenge. Would the demarcation between each one fit so clearly? Dauntless leaders have created new rules that weed out their weaker members, but they’re an exception. How would the Amity faction ensure they remain peaceful and happy? The key to enjoying Divergent is accepting this world on faith and pushing any concerns out of your mind. Roth uses the split to make a point about people having more diverse personalities. Putting everyone into a box is just encouraging dissenters to pursue a violent conflict. They’ll see the others as a threat and want to control the world, while other free thinkers with a similar mindset become dangerous towards their power.

The factions are a pretty direct allegory and remind us that having a divided society is a bad idea. Roth nails down the themes by having the smart group prepare to grab control from the humble one. Like political parties vying for power, ethical rules fly out the window. The book remains entertaining because it never feels heavy handed, thankfully. Roth seems to understand that the most important move is building an interesting story. Tris is like a student entering a new high school, and the growing friendships (and young love) keep us engaged without considering the larger message. There are no huge surprises, but the plot moves along and doesn’t get bogged down in too much exposition. The result is a page-turner that won’t astound you but is appealing enough to make it worth your time. 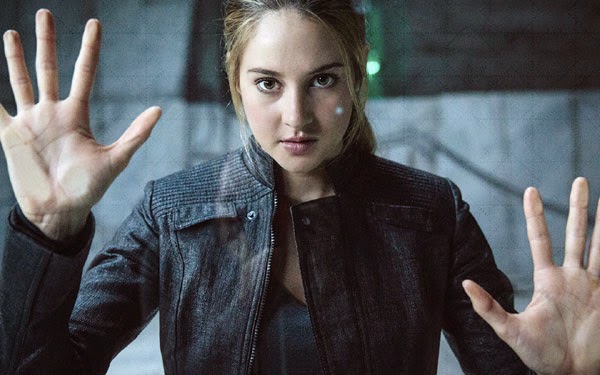 The Divergent film is directed by Neil Burger (The Illusionist, Limitless), and it doesn’t stray much from the source. We stick with Tris (Shailene Woodley) and follow her through the Dauntless training. We don’t get more background on Four (Theo James), the villainous Jeanine (Kate Winslet), or others unless it connects to Tris. That maintains the focus of the novel but makes the world smaller. Despite expensive visual effects, it doesn’t feel like a complete universe. That isn’t a huge negative, however. Instead of wasting time explaining the intricate details, the characters are the focus. The challenge is doing justice to the book without sticking too closely to it. The Harry Potter movies faced a similar obstacle, and they became much stronger when they strayed from them. This film doesn’t try to cram in every moment, but it stays faithful to the book despite removing a few key moments.

The best move is casting Shailene Woodley, who makes Tris believable and doesn’t over sell her skills. It’s a subtle performance that reins in the emotions, which fits with the humble Abnegation background. The other actors are a mixed bag, however. Theo James is okay as Four, and Miles Teller has fun with the conniving Peter. We barely get a chance to know Tris’ friends Christina, Al, and Will; they’re victims of the limits in a film version. The trouble is that it mutes the impact of the key emotional moments. It’s hard to care about Al because we hardly know him. I wonder if he was needed at all in the movie. We’re rushing headlong towards the climax, and the few minutes leading to his tragic end don’t give us enough to care. Writers Evan Daugherty and Vanessa Taylor had to make tough choices, and I would have enjoyed a leaner two-hour version that excised a few more subplots.

Despite these issues, Burger finds the right tone for this fictional universe. The Dauntless world is tricky because it sounds ludicrous, yet the environment feels right. The grey color palette fits the spare and grimy world of warriors that have little time for luxuries. They're too busy trying to prove their dominance. A key factor was shooting on location in Chicago, including the Navy Pier and its Ferris Wheel for the war games where Tris makes her name. The pace also works and moves quickly through the testing process. These assessments include mental challenges in a dream universe, and those visions are great. Watching Tris face down hawks and struggle with drowning keeps the impact on the screen. The final test lacks the power from the book, but that could relate to the PG-13 rating. Instead of choosing between sex or death in the test, Tris just pushes Four out of the way and moves to the next fear. It’s essentially the warm-up act for the real battle against Jeanine’s forces, so Burger doesn’t waste too much time on that scenario. 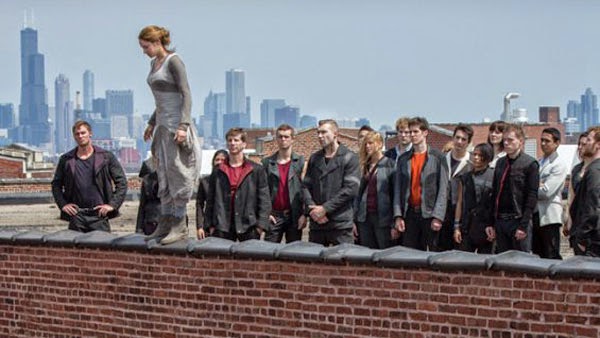 Divergent is an easy read and written for YA audiences, and the book works in that realm. I’m curious enough to check out the second installment, so that’s an achievement. The movie should please the novel’s many fans, though it could also baffle viewers unfamiliar with the source. I had to explain a few parts to Erin that weren’t explained well in the movie. There have been plenty of popular genre books (The Giver, Ender’s Game) failing on the big screen, so I shouldn’t discount its success. The young cast keeps the material from being too dour, and Woodley was the right choice to lead the franchise. I won’t be lining up to see the next movie, but there was enough to keep me interested. I’m hoping that Roth and the filmmakers expand the world in the follow-up books and movies. If that happens, there’s enough in the basic formula to deliver an engaging story. That’s enough, right?
2014 Book Review Film Review