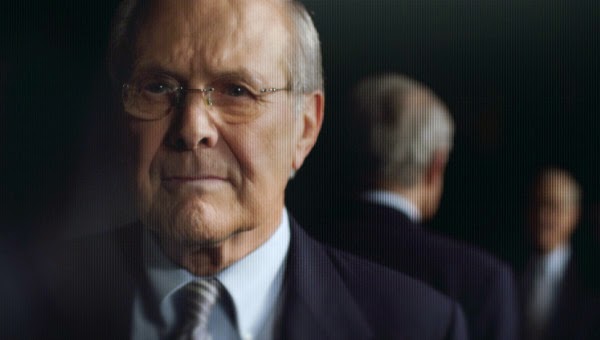 “The absence of evidence is not evidence of absence.” – Donald Rumsfeld

There’s a strange charm to the way that Donald Rumsfeld dodges questions. His comments make sense on the surface, but he’s just spinning a phrase to avoid giving a concrete answer. It’s easy to think of Rumsfeld as a fool who believed so strongly in his plans that he ignored what was right in front of him. Errol Morris’ The Unknown Known does not present a guy of limited intelligence, however. The smiling face that sits in front of the skilled interviewer is a shrewd manipulator who believes he can sidestep any question. When Morris asks him why he agreed to sit down for the movie, Rumsfeld calls it a “vicious question”. It’s hard to say why he chose to participate, but it probably involves the ego of a guy who held posts for multiple presidents going back to Richard Nixon.

I’ll admit to entering this documentary with a bias against Rumsfeld. He was one of the faces that sold the Iraq War under George W. Bush in 2003. If there is an ideological spectrum, I’m sitting on the opposite side from Rumsfeld. Even so, it was intriguing to learn his assessment of tumultuous times that revealed failures to connect the right evidence. Rumsfeld calls it a “failure of imagination”, but that view takes the position there wasn’t an agenda pushing to invade Iraq. He tries to answer Morris’ questions and outlines why they believed Saddam Hussein was a threat. However, the reasoning falls short because of contradictions between the answers and the original case for war. You could say he’s forgotten past words, but Rumsfeld comes off as a guy who obsesses over details. 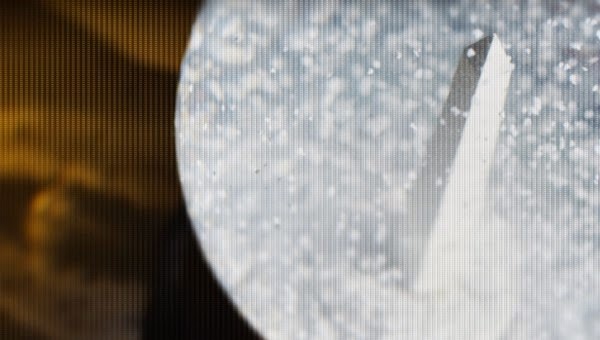 Morris spends a good portion of the 103-minute running time having Rumsfeld recite key memos called snowflakes from his extensive career. It’s a clever device to reveal what he was thinking at the time given his reluctance to offer insights. We jump back to his work for Nixon and Ford, though a majority is spent with his recent tenure. Supported by powerful music from Danny Elfman, Morris incorporates film clips, photos, and other devices to keep the material engaging. He continues to grow as a filmmaker and understands how to add context. There is footage of Rumsfeld sparring with reporters at press conferences, especially near the end of his tenure. Morris' Interrotron camera allows us to look directly into Rumsfeld's eyes, though we may not like what we see. Rumsfeld is a skilled manipulator and comfortable in this setting.

Let’s inspect this statement. Rumsfeld gave this quote in June 2002 at a press conference in Belgium from NATO headquarters. It happened during the build-up to the Iraq invasion, and he appears to be discussing the challenges with intelligence. But what is he really saying? The point becomes less coherent the more times you read it. Is he stating that logical conclusions are made without evidence and are “unknown knowns”? That’s quite a stretch when you’re talking about decisions that could involve the deaths of hundreds of thousands of people. Rumsfeld doesn’t explain the comment much better to Morris in this film. He’s clever and knows how to distract from what he isn’t saying. It’s intriguing (and maddening) to watch him give comments that seem candid yet reveal very little. 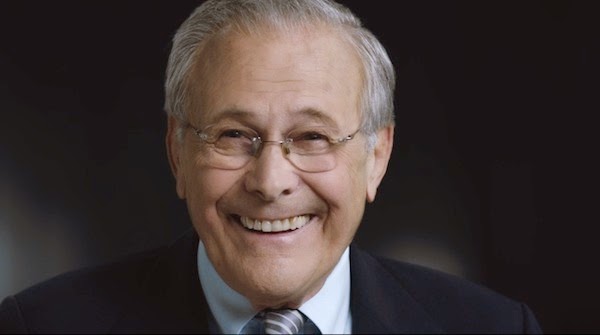 It’s difficult to discuss The Unknown Known without mentioning The Fog of War, Morris’ remarkable documentary with Robert McNamara. Both were military leaders who made questionable decisions, but the difference is what the McNamara interview reveals. He served as the Secretary of Defense during the Vietnam War and is open to exploring what happened during that period. Some critics have pointed out their frustrations that Morris couldn’t get the same response from Rumsfeld. I understand those concerns but don’t think it hampers this film. We still get an engaging look at a guy who barely acknowledges his failures. It gives a better understanding of Rumsfeld’s limited thinking that led to problems during his tenure. It lacks the same punch as The Fog of War, but there’s enough to make it interesting for the right audience. Morris does his best to draw more from Rumsfeld, but you can’t force a guy to reveal things he’s locked behind a wall of murky explanations.
2014 Documentary Film Review