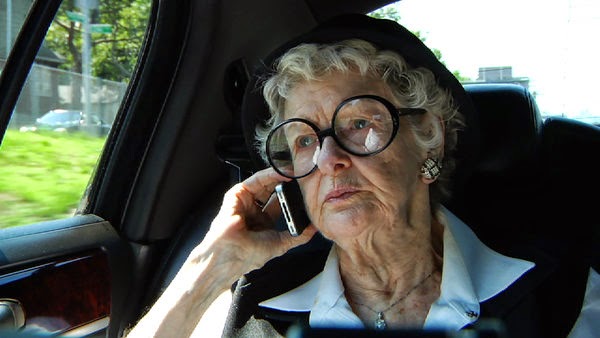 There’s a fascinating moment from Elaine Stritch that breaks the fourth wall of the documentary format. When she feels that a scene isn’t working, the long-time Broadway star angrily directs the camera man and tries to recreate it. From that point onward, we start to question how much is a performance for the camera. Are we really seeing behind the showbiz veneer? While this question lingers, it slips to the background as we watch such an entertaining woman. Director Chiemi Karasawa gives us intimate access and reveals the vulnerability behind a star well into her 80s. Despite her physical and mental limitations, Stritch is defiant and refuses to slow down. She’s an open and energetic performer, but we see the insecurity from someone who’s lived her life on stage.

Despite attempts to control the perspective, there’s so much truth within Elaine Stritch: Shoot Me. Stritch is exhausted and struggling to craft her show, but the crowd still loves her. She deftly plays her inability to remember all the lyrics as a joke, and fans appreciate the attempt. Most Tony-award winners would never take this approach. There’s a touch of insanity to the way Stritch refuses to stop after hospital stays and other setbacks. Even so, her persistence is charming despite any difficulties along the way. By her side at every turn is Music Director Rob Bowman, who does a lot more than arrange the songs. His reliable presence provides just the support that Stritch needs to keep the show alive.

Celebrities appear frequently in Shoot Me, including the late James Gandolfini. His warm comments about Stritch remind us of the heart behind his often-gruff demeanor. Seeing the pair together presents two performers who left before their time. She died earlier this year, and it still feels too soon at age 89. The camera takes us behind the scenes at 30 Rock with Alec Baldwin, Tina Fey and others. Stritch’s guest appearance as Jack Donaghy’s mom won her an Emmy in 2007. It’s clear that she has a lot of friends in show business, and that fact isn’t surprising given her style. An early scene follows Stritch down the street wearing a fur coat and talking to everyone she meets. Her life is on stage. 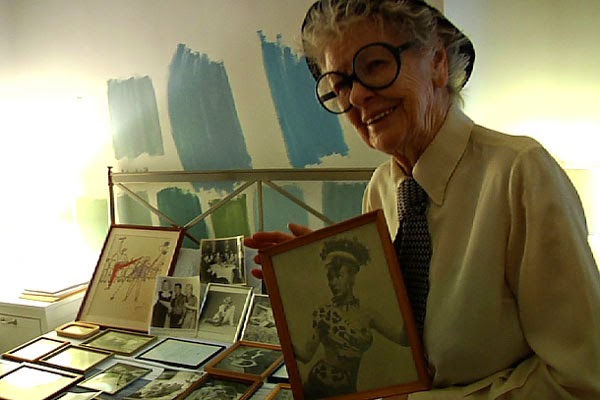 There are so many stories about Hollywood, Broadway, and show business in general in Stritch’s mind. It’s impossible to capture them all within an 81-minute film. Karasawa gives us a picture of an artist at a time in her life when so much tells her to stop. Stritch loves the spotlight, but she’s hardly arrogant. When choosing a room at the Stella Adler Studio, she keeps rejecting locations for being too large. Despite her success, Stritch remains an insecure girl from a humble background. She’s a force of nature on stage but has struggled with alcoholism behind the scenes. It’s intriguing to watch her battle with it every day and sometimes cave and have a drink. It’s hard to blame her at 87.

Stritch is well known among theater fans, but she’s hardly a household name for cinephiles. Shoot Me is just the right way to introduce her to a new segment of the audience. Avoiding the talking-head route and spending time with Stritch is the right move. We see her both on stage and in the quiet moments back at the Carlyle Hotel. This gives us a much clearer understanding than any raves from other actors or experts. I knew little about her before seeing this documentary, and even this brief glimpse told me quite a lot. Stritch may talk directly to the camera and create a few wrinkles, but that freewheeling approach is part of her charm. All we see is the heart, and there’s plenty on display in this film.
2014 Documentary Film Review