Top of the Lake: No Escape from the Past 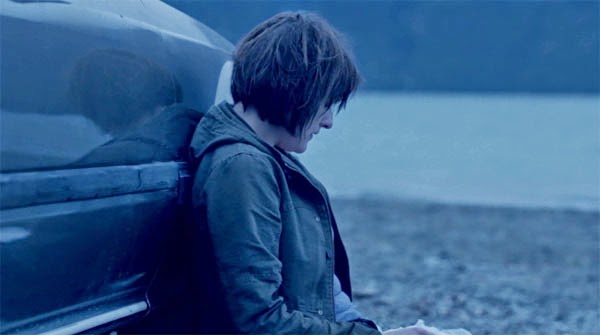 It’s been remarkable to watch the change in our perception of television drama during my lifetime, especially lately. Once considered a minor league for actors waiting to become movie stars, it’s become a haven for filmmakers seeking more artistic freedom. This is especially true on cable, and more networks keep creating original content. Sundance made quite a splash with Top of the Lake, which earned great acclaim including a Golden Globe for star Elisabeth Moss. Its creative force is Jane Campion, who made her name directing films like The Piano and The Portrait of a Lady. Her early career included TV work, but she hadn’t worked in that landscape since 1990’s An Angel at My Table. Her movie experience shows in this gorgeous miniseries, though cracks start appearing by the conclusion. 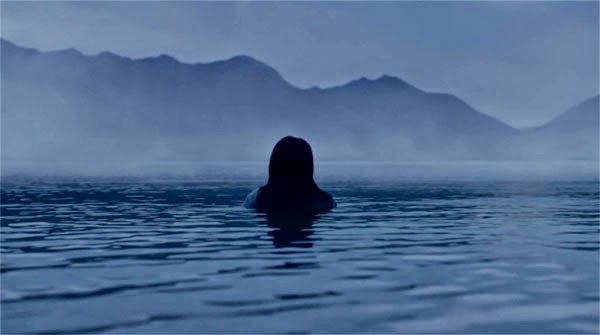 This six-hour miniseries tackles enough subjects for a full TV season, though it’s refreshing to watch them resolved with a shorter period. Detective Robin Griffin (Elisabeth Moss) goes through so much while investigating the disappearance of 12-year-old Tui (Jaqueline Joe). Did she run away or face the wrath of the unborn baby’s dad? Her fear of her powerful father Matt Mitchem (Peter Mullan) and his unwieldy behavior raises questions about his culpability. Could he really treat his daughter that way? Matt’s clearly working outside the law, but few people are that evil. This story takes place in the fictional town of Lake Top, New Zealand, and the striking landscape offers a perfect backdrop for this dramatic tale. It makes the conflicts seem more epic and brings majesty to every new twist.

The early episodes are driven by the mystery and get more compelling with each added layer. Robin is doing more than searching for Tui and the truth. She’s dealing with the impact of resurrected memories from a horrible rape as a teenager. Her growing relationship with Johnno (Thomas M. Wright) is complicated by his presence at that event and the fact that Matt is his father. There may be too much history for Robin to even live in Lake Top. Moss does an excellent job showing the anger that’s boiling due to connections between Tui’s case and her own past. She’s able to sell inexplicable decisions that would be laughable in lesser hands. Her scenes with Peter Mullan are filled with tension because both actors bring such a commitment to their very different characters. 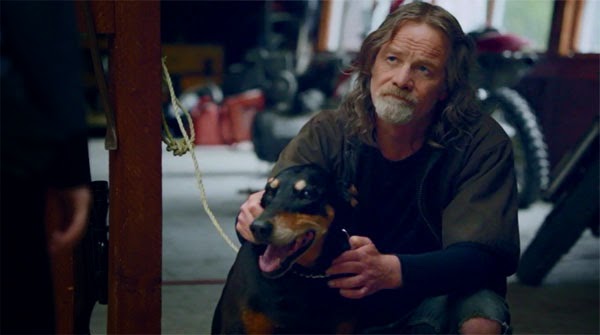 What's surprising is the way the Tui story moves into the background during the middle episodes. Nearly everyone thinks she's dead, and Robin has more to face than this case. Seeing one of the guys who raped her is just too much. Who can blame her? This isn't the last moment that brings her down. Matt has another reveal that could drastically alter her perspective on her life. We also spend a lot of time getting to know his eccentricities. Mulan sells every one of them, yet it pulls us further away from the main plot. The less-centered approach can work in the right case, and there are interesting scenes that barely connect to the search for Tui. That isn't the case across the board, however.

The challenges start to arrive in the second half and create too many loose threads for the finale to handle. The slow-burn approach brings elegance to the opening three hours that’s hard to sustain when the action intensifies. What’s strange is how the story becomes less interesting when the revelations arrive. Were my expectations too high because of the compelling beginning? It’s interesting that the same elements that were so intriguing eventually become frustrating. Holly Hunter’s GJ starts a colony for women called “Paradise”, yet she’s almost living in a different world from everyone else. Key characters arrive at this lakeside retreat, so she’s hardly inconsequential. Even so, there’s such a distance with her character that it’s hard to make a connection. Campion spends a lot of time with the women at Paradise that are facing their own troubling past. It’s interesting fodder for drama, yet it never really meshes with the main story in a cohesive manner.

What makes evaluating this project difficult is recognizing the missteps within quality material. The gorgeous cinematography and powerhouse acting nearly push those questions to the background. Even so, it’s too easy to marvel at the production and miss the issues. David Wenham plays Robin’s boss Al, who adores her yet subverts her investigation behind the scenes. He’s clearly trouble and even invites Matt on a boat for a dangerous moment that could lead to her death. What’s odd is that this scene isn’t referenced in her future scenes with Al. Robin’s self-destructive behavior makes sense when you consider her history, but she isn’t dumb. There’s another sequence where Robin and Johnno are chasing a friend of Tui’s and nearly locate her hideout. Instead of pursuing him, they start having sex in the woods, while two creepy onlookers start filming them. This detour feels more like a plot device to keep them away from Tui than any natural progression. 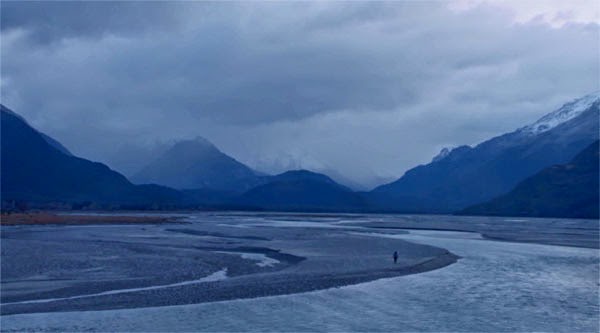 I cite these examples not to nitpick but to explain why it doesn’t falls short as a cohesive narrative. There are other moments where characters behave inexplicably, and it takes you out of the story. These issues are exacerbated in the finale, which piles on the reveals and doesn’t have enough time to give them breathing room. The final twist is a shock and subverts much of what we believed was true. There’s nothing wrong with that creative choice, and it holds up to scrutiny. What’s difficult is not allowing closure on the emotional beats the characters deserve. The final scene is a head-scratcher because it puts attention on GJ as a pivotal component of the story. Campion surely feels that she deserves that place because of thematic importance, yet it’s hard to connect with it.

Despite the frustrations, there’s still plenty to like within Top of the Lake. The actors bring such emotion to the material, with Moss and Mulan as stand outs. Campion doesn’t over play the melodrama despite presenting raw emotions and family tragedy. There’s a significant difference between this series and something like The Killing, which wears down the audience with such a dreary environment. There are few laughs within this story, yet it still contains more life than you might expect given the subject matter. The main reasons are the actors and the striking beauty of New Zealand. Shot on location in Queenstown and Glenorchy, the show feels like it occurs in the real world. We never get the sense that it’s happening on a soundstage. The mistake-prone characters rarely have the right answers, and that’s refreshing in a world of brilliant Sherlock Holmes-like detectives. The ultimate result is inconsistent, yet there’s still plenty of interesting drama to make it worth the time.
TV Review