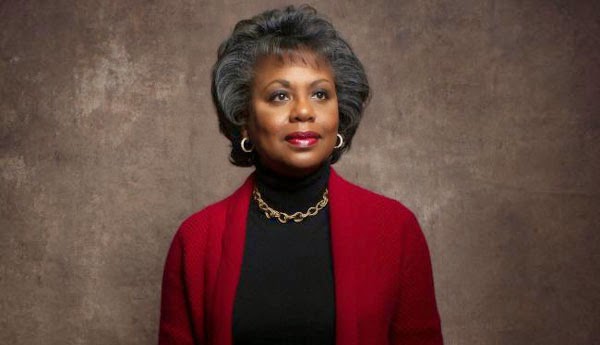 I believe Anita Hill. It doesn’t make sense to talk around the issue when discussing her story. My perspective on her revelations about Clarence Thomas back in 1991 is essential to analyzing this film. Anita: Speaking Truth to Power offers an intimate perspective of what Anita experienced facing the Senate committee (and the public) 23 years ago. The image of old white men questioning Anita remains stunning because of the sharp contrast. It’s a fascinating story on its own, but Director Freida Lee Mock (Wrestling with Angels: Playwright Tony Kushner) focuses on Anita’s life during and after the hearings. She was painted in a terrible light by Republicans (and some Democrats) and put through the ringer by the press. I can’t imagine how much worse it would have been in today’s news cycle. Regardless, Anita’s life was forever changed by this time in the spotlight. Was it worth it? This engaging documentary makes the case that Anita’s example inspired great progress. 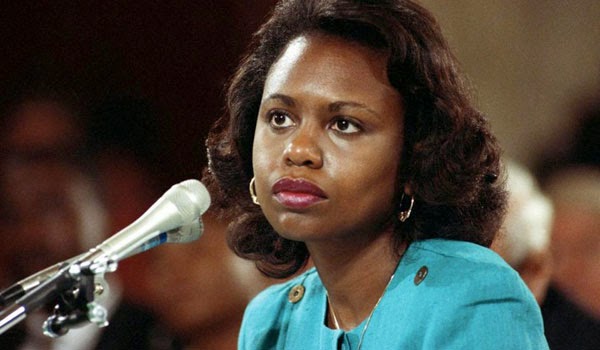 The highlight is the chance to connect so closely with Anita, who speaks freely without seeming bitter about the results. She’s an intelligent, brave woman that ended up being a punchline for late-night comedians. The law professor couldn’t escape the limelight and decided to embrace it, though I’m sure it wasn’t an easy choice. This documentary covers a famous event but succeeds more as a personal tale. We’re only hearing from Anita and her supporters, but that’s just fine. Mock isn’t doing an investigative journalism piece about the confirmation hearings. I expect that the book Strange Justice by Jane Meyer and Jill Abramson would go more into that territory. The writers appear in this film and offer some background on the case against Thomas. Other participants include Anita’s friends and family, and they paint an interesting picture of a highly regarded and fascinating person.

The film begins with a voicemail from Thomas’ wife Virginia, who’s still asking for an apology from Anita 19 years after the hearings. This is stunning and reveals their monumental impact on a personal and political level. It’s possible that Virginia truly believes that her husband is innocent. Only she knows for sure, but leaving a voicemail in 2010 is strange. Virginia’s angry face appears frequently in the clips from the hearings, and it’s clear that she believes a huge injustice has occurred. While I admire someone who stands by her husband, it’s hard to be too sympathetic. The big question is why Anita would come forward if the accusations were false. What did she have to gain? The most likely result was character assassination, and the senators were more than willing to comply. 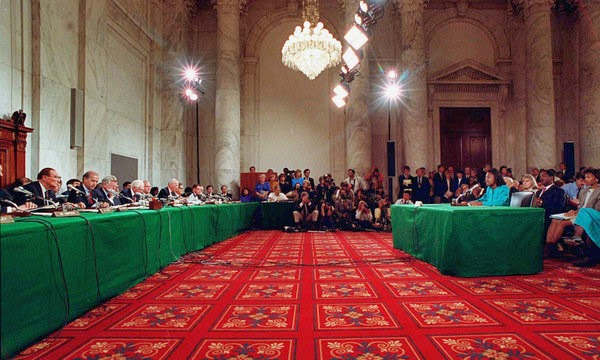 What’s even more distressing than the image of the guys questioning Hill is the tenor of their inquiries. There’s an aura of distrust and suspicion behind their questions. The worst offender is Arlen Specter, who ferociously digs into every detail and tries to discredit Anita. Orrin Hatch is nearly as bad and looks for inventive ways to undercut her accusations. Those men are Republicans defending their guy, but the Democrats barely stand up for her. Joe Biden makes some friendly comments but seems extremely uncomfortable with the situation. Ted Kennedy eventually makes a fierce statement about the hearings, but he remains silent for most of it. Only moderate Democrat Howard Heflin from Alabama makes clear points for Hill (at least in this film), but his complicated questioning may have gone over some heads. Few look comfortable discussing sexual harassment.

The challenge with analyzing this documentary is maintaining an “objective” take. I was intrigued to learn more about Anita’s story, so it was an easy sell. As a father of two young girls, I have a personal interest in stories about courageous women. The filmmaking is pretty standard and includes interviews mixed with video footage. Even so, that’s hardly a strong criticism. Flashy techniques could distract us from the main points about Anita. If you don’t believe her story, this film is unlikely to change your mind. Even so, it might offer greater understanding about why she came forward. The hearings' legacy goes well beyond Thomas’ confirmation despite the fact that he remains on the U.S. Supreme Court. The final segment reminds us of how much Anita has impacted women across multiple generations. She’s become a cultural touchstone in the fight against sexual harassment, and the impact transcends her individual struggle. We still have a long way to go towards real gender equality, but this example shows that we’re heading in the right direction.
2014 Documentary Film Review