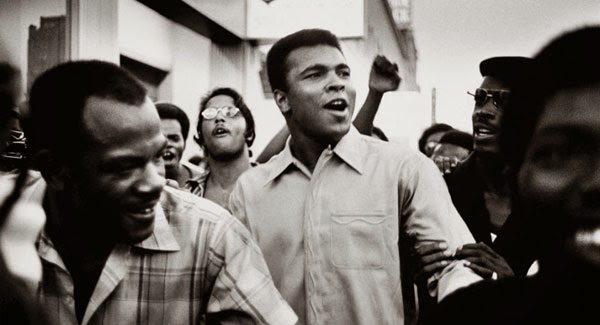 In the history of boxing, few names are as recognizable as Muhammad Ali. People remember his big personality, remarkable wins against Sonny Liston and George Foreman, and three brutal fights against rival Joe Frazier. Ali’s greatest fight took place outside the ring, however. His stand against the Vietnam War was revolutionary for a figure of his status. It’s been chronicled in Michael Mann’s Ali and other sources, but few have provided the depth of The Trials of Muhammad Ali. Director Bill Siegel (The Weather Underground) gives us the social landscape of the time, which plays a key role in understanding the obstacles that Ali faced. In the age of the military draft, enlisting wasn’t a choice if your name was chosen. Standing up to the government was unwise for anyone. Given Ali’s membership in The Nation of Islam and outspoken persona, it was basically career suicide. 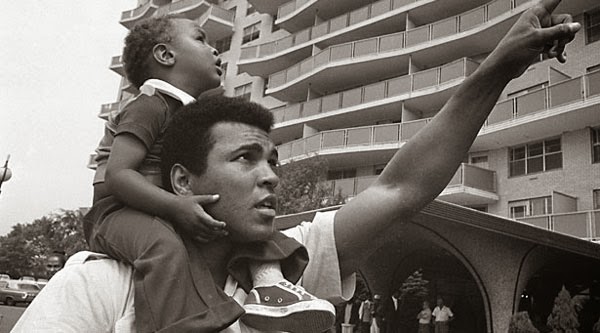 The challenge with Ali is showing the greatness without avoiding the contradictions. His financial backers were a group of white businessmen from Louisville, yet he spoke publicly that all white men were devils. He’s hardly a model when it comes to relationships with women yet is part of a religion that treats them well. Ali claims to be a conscientious objector, yet he’s involved in a brutal sport where the goal is to knock the other guy unconscious. These contradictions are part of what makes Ali so fascinating. He was an outspoken public figure at a time when leaders like Malcolm X were murdered. His chances of being on the front lines in Vietnam were extremely low, and Ali still risked his livelihood to stand up to oppression. His only financial outlet was public speaking, which brought attacks that were just as nasty (if not more) as the punches from his opponents in the ring.

This documentary shows all sides of Ali and doesn’t shield us from his shortcomings. His wife Khalilah ‘Belinda’ Ali talks about what drew her to him and the challenges. Journalist Robert Lipsyte reveals the challenges from his counterparts who wouldn’t stop calling him Cassius Clay. If they couldn’t take that step, getting them to support more daring moves would be impossible. We also hear about the perspective of Ali’s financial backers from attorney Gordon B. Davidson. They all paint a clear picture of what he sacrificed and the forces lined up against him ever returning to the ring. The fact that he actually fought again is remarkable, though he lost more than three years from his prime. 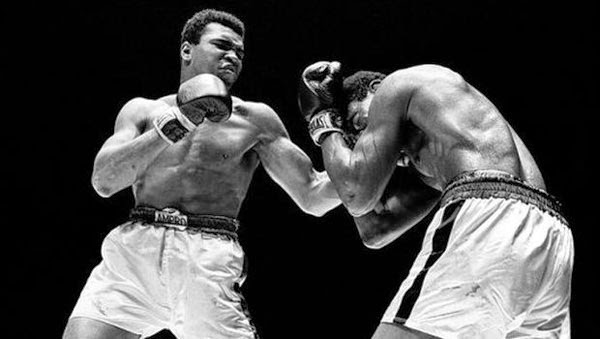 This story essentially writes itself, but Siegel makes some good choices. He portrays Ali through a large amount of archival footage. We’re not just hearing from talking heads and can observe it from the time period. The videos of Ali getting into verbal battles with TV personalities are interesting because they’re so nasty. I wouldn’t expect Jimmy Fallon to come even close to this level of conflict with a guest. What’s intriguing about Ali’s insistence in demonizing white people is the way her typically precedes it with “the Elijah Muhammad teaches us”. While this probably comes from instructions about how to handle interviews, it also slightly distances Ali from that message. His thinking has evolved over the years, but it’s still interesting to watch these statements in such a public forum. Athletes rarely speak out on this level today because the money is so significant.

If you aren’t an Ali fan and don’t agree with his stance on Vietnam, this documentary probably won’t change your mind. It does give us a pretty clear view on why backing down wasn’t an option. His stubborn refusal to take the easy road is a significant part of his legacy alongside the boxing achievements. His boisterous personality and confidence in the ring connect directly to his stubborn refusal to bow down about Vietnam. This film offers an interesting portrait of a volatile time through the challenges of one of its most significant figures. It’s disheartening to see the images from the ‘60s and ‘70s and look at the man battling Parkinson’s that we see today. Even so, he remains one of the key figures of the 20th century in the sports world and beyond.
Documentary Film Review