The World That I See: Reads and Listens #10 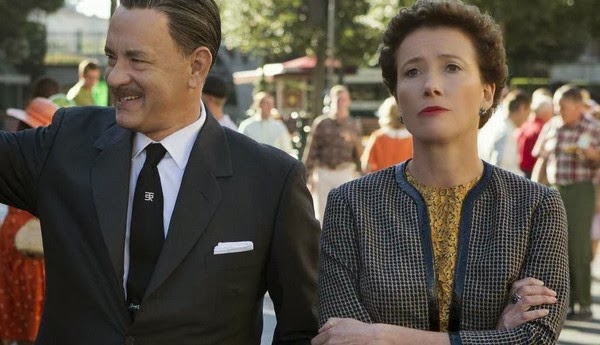 Last weekend, I caught up with the Disney film Saving Mr. Banks and its rare depiction of Walt Disney. My fandom of the Disney theme parks and interest in their legendary founder made it a no brainer to check out this glossy production. I’ll be writing more about it in the future, but one thing struck me after this viewing. The movie focuses on Disney’s challenges to acquire the rights to Mary Poppins from author P.L. Travers (Emma Thompson). She’s the lead character, but there are easter eggs that Disney fans will catch in the background. I admired Tom Hanks’ performance and these small tributes, yet they're secondary to analyzing the actual film. How do I reconcile my interest in movies with my love of theme parks when considering its creative success? It’s a tricky question that goes beyond this picture and seems especially prevalent with another Marvel release arriving this week.

I’m not a regular viewer of How I Met Your Mother, though I’ve enjoyed most of the main cast in other work. It’s been intriguing to read the scathing reactions to the series finale and its jarring twists. Two pieces that engaged me came from Linda Holmes at NPR’s Monkey See blog and Alyssa Rosenberg at Act Four. Both delve into the reasons why the last episode was an unfortunate miscalculation and make excellent points about how it fell flat.

My daughter Elise is just shy of five years old, and she’s obsessed with cooking and baking. She’s a picky eater yet is fascinated by the process of making food. Elise already talks about owning a bakery one day. Who knows if that will happen, but it’s great to see her so inspired. If those dreams stick around, there are a few great models for her to follow. Marnie Hanel’s piece “A Woman’s Place is Running the Kitchen” for the New York Times Magazine presents an established mentor and a rising star in the cooking world. Barbara Lynch and Kristen Kish are carving a firm place in a male-dominated environment.

It’s been a long time since I’ve seen the 1992 film Juice, and it’s mostly remained in my head for a fiery performance from Tupac Shakur. Over at Reverse Shot, Ashley Clark makes a convincing case for its connections with The Wire. Focusing on the episode “Misgivings” from season four, he focuses on the visual style of the widely acclaimed show and how it connects in surprising ways to Juice. 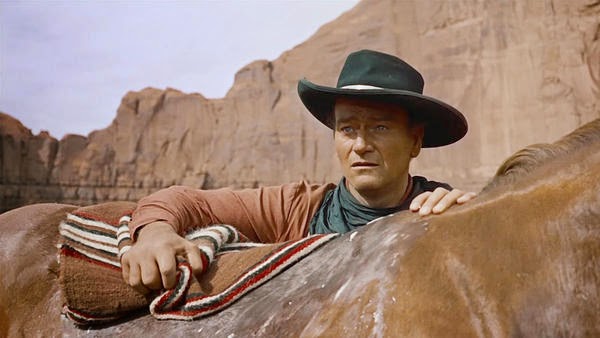 John Wayne’s range has surprised me as I’ve caught up with more of his work. Despite being known for just playing himself, that’s hardly the case with intriguing roles in Red River, The Man Who Shot Liberty Valance, and The Searchers. At the New York Times, Peter Bogdanovich describes his experiences with Wayne and reviews Scott Eyman’s massive new book John Wayne: The Life and Legend. I’ve read Eyman’s excellent book on John Ford, and I can’t wait to learn more about his most famous collaborator.

I’ve been digging through the back catalog of The Cinephiliacs podcast, and I can’t get enough of Peter Labuza’s smart conversations with critics. The very first episode with Glenn Kenny is one of the best and includes so much information about has film coverage has changed over the years. Kenny worked at Premiere during its heyday and then saw its unfortunate death just a few years later. He’s so outspoken about the industry and writing, and his blog Some Came Running includes that same raw feeling. Here’s a quick example of his surprisingly direct take on ignorance in the film culture.

“If you are coming from a place where it make it so manifestly plain that you literally do not know what you are talking about, that is bad practice, and it’s spreading lies. It’s worth getting mad about. It’s worth fighting against.”
The World That I See