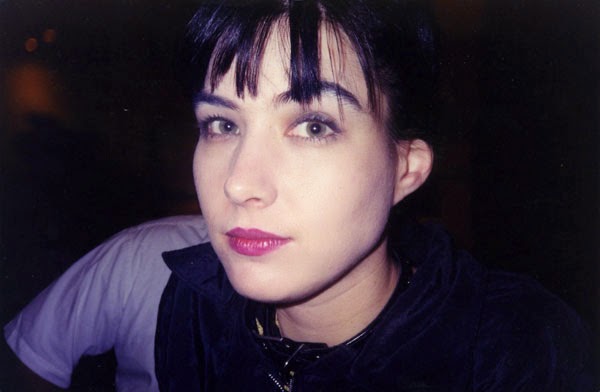 When you label someone the voice of a movement, can they ever live up to expectations? Such was the case with Kathleen Hanna, who became the face of the “riot grrrl” scene while leading Bikini Kill in the ‘90s. Working alongside bands like Huggy Bear, Bratmobile, and Sleater-Kinney, she helped to initiate the third wave of feminism in this country. That’s the basic history, but who’s the person behind that image? Director Sini Anderson tackles this question with The Punk Singer, a sincere documentary that does more than show why Hanna’s contribution was important to the scene. It reveals the complexities in the fiery demeanor, especially when a devastating illness ends her time in the spotlight.

Combining archival footage with more recent interviews, Anderson does an excellent job presenting the different stages of Hanna’s career. Music was the outlet for an artist with so much to say, yet it put her on the public stage as a target. It’s refreshing to see so many talented women participating in this project. We’re lacking typical guys like Rolling Stone’s David Fricke that appear in so many documentaries. Instead, pivotal artists like Kim Gordon, Corin Tucker, and Joan Jett give their impressions on Hanna’s work in the ‘90s and beyond. On the surface, she was just a punk singer, but her role became so much greater. It also riled up the male establishment and brought attacks from all corners of the spectrum. 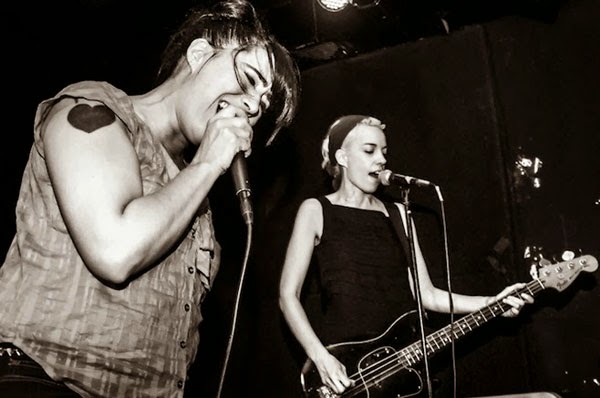 The first hour focuses on Hanna’s time with Bikini Kill and Le Tigre and spotlights the music without getting too rhapsodic. Concerts were rougher affairs at that point, and mosh pits were no joke at club shows. It wasn’t a hospitable place for most women, and Hanna wouldn’t stand for it. While her approach to bringing women to the front might seem obvious, that move was very rare. Beyond the hype, it’s the practical moves that stand out within the furor. This material works because we hear plenty of humble comments from Hanna about her experiences. The incisive stage presence of her younger days has given way to a committed yet much different persona. She’s grown up a lot in the past few decades, though the anger towards the divisive system remains as strong as ever.

There are few guys on screen in this film, and that choice makes this story more unique. One exception is Hanna’s husband Adam Horovitz, whose stabilizing presence helps her through the difficult times. The section on their romance is really touching. Despite being a great match, the couple moved slowly because of the challenges for touring musicians. The Beastie Boys’ social consciousness has frequently been under reported, and some still equate them with the image of partying young guys from their first record. His presence is fairly limited in the movie, but their strong relationship comes through from those scenes. Horovitz shoots a harrowing moment of Hanna revealing the side effects from medicine to combat her Lyme disease. It’s hard to think of such a vibrant performer reduced to such a difficult state. 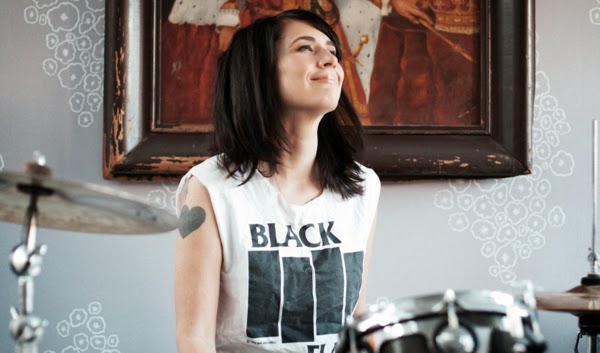 The Punk Singer was the first place where Hanna revealed the reason that she quit performing in 2005. She didn’t realize until five years later that she had contracted Lyme disease. This final segment is difficult but reveals the emotional core that drives the film. It does more than portray an artist's glorious past. Anderson and Hanna are using the film to come to terms with her illness. I’m typically fidgety when watching movies at home, but I was glued to the set during the last act. We observe a singer with so much energy reduced to a shell of her former self. Watching her take the stage again with The Julie Ruin is such an affirming moment. Plenty of challenges remain, but she’s on the path to a brighter future.
2013 Documentary Film Review