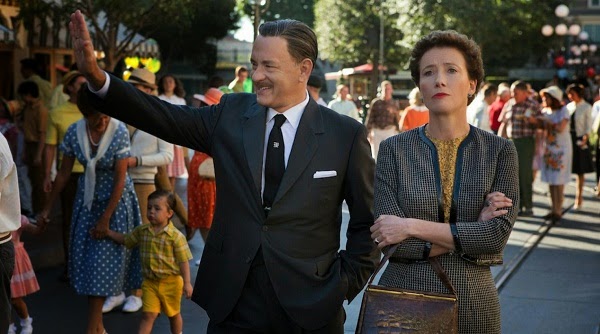 What is it about Walt Disney that keeps enthusiasts so enamored nearly 50 years after his passing? An obvious reason is Disneyland, which remains one of America’s cultural touchstones. When you combine that success with so many animated classics, it’s easy to see why the Disney Company remains so prominent. On the other hand, many of us were born well after Disney was gone. I’ve only seen videos of his TV programs, yet I’m intrigued by the guy. He was cantankerous and so powerful, yet he created the image of the friendly grandpa for the general public. That isn’t an easy feat, yet that persona remains in place today for a whole new generation of movie goers and theme park fans.

Given the continued interest in Disney, it’s surprising that he’s never been portrayed in a significant fictional film. One reason is how protective the Disney Company is about the face of their organization. Millions of visitors aren’t going to Disneyland because they love Bob Iger. This Icons marathon will give me the chance to look at different ways to view unique individuals of the past and present. In Saving Mr. Banks, Tom Hanks plays Disney as the friendly public figure, but there are hints about the more forceful guy lurking beneath the surface. Despite what he says to P.L. Travers (Emma Thompson), his interest in adapting Mary Poppins isn’t just to fulfill a promise to his daughters. Disney sees the commercial potential for a hit yet faces an equally determined opponent every time he meets with her. 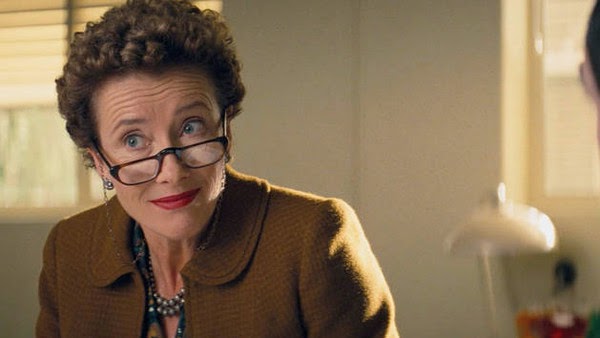 Although Disney plays a key role, the real protagonist of this story is Travers. She may be opposing his plans to put her prized work on the big screen, but it’s hardly a one-sided affair. Travers has justifiable reasons to distrust Disney since her primary goal is protecting the source material. Once the movie hits it big, the image of Mary Poppins will always be Julie Andrews flying with an umbrella. She recognizes how signing her rights away would make it a much different tale than her book. There’s also a personal connection that goes back to her childhood in Australia. Her father has many similarities with her version of Mr. Banks, though his final destination wasn’t flying a kite and singing.

A surprising amount of the two-hour running time goes back to Travers’ young life with her dad, played warmly by Colin Farrell. He’s full of energy but can’t get out of his own way once alcohol enters the picture. These scenes are presented with such nostalgia but grow quite sad once the situation falls apart. Although they’re effective in explaining Travers’ standoffish behavior, they also feel overdone and make the relationship too obvious. It’s clear where the situation is going very quickly, and more time in California would add some mystery to the dilemma. There’s a sharp contrast between the movie studio and rural Australia, and that’s by design. Even so, the transitions don’t always flow so seamlessly. 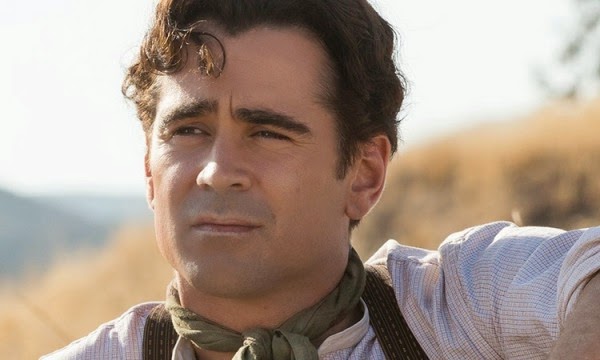 The depiction of the making of Mary Poppins at the Disney Studio is so lively, particularly when Bradley Whitford’s Don DaGradi joins Bob (B.J. Novak) and Richard Sherman (Jason Schwartzman) plus Dolly (Melanie Paxson) to present the planned songs. This vision of California shows a bright and colorful place where artists create the magic. Travers isn’t so thrilled by the songs and fanciful inclusions, but her guard eventually recedes to the determined group. How can she resist “Let’s Go Fly a Kite”? The scene with Disney hearing the Shermans play “Feed the Birds” is also one of the best and does justice to his favorite song. Hanks plays the moment so well and shows the man behind all the bravado.

Hanks doesn’t resemble Disney, and it would take a more dedicated fan to comment on how close his mannerisms are accurate. What sells it is the feeling that Hanks embodies the emotional side of the complex guy. The coughs as he enters a room are legendary, and his stories will be familiar to passionate Disneyphiles. When Travers visits Disneyland, Disney’s clearly in his element in the second home that he loves. This sequence is a highlight for a Disney fan and offers a glimpse at its early heyday. Shot at the Anaheim park with some alterations to fit the time period, the fairly brief sequence is convincing. 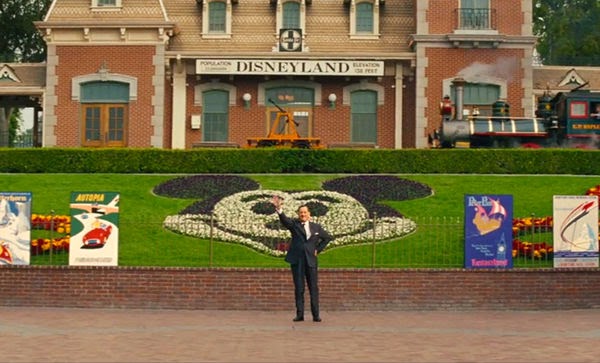 Director John Lee Hancock (The Blind Side) presents Saving Mr. Banks with such a glossy veneer that it may be too much for cynical viewers. Despite the conflicts with Travers and her tragic past, it’s meant to be an upbeat film that works for a large audience. Writers Kelly Marcel and Sue Smith bypass some generic plotting and craft a film that also connects with the fan base. That’s no easy feat, and the cast is sharp across the board. We never doubt Hanks or Thompson’s work, and they raise the human stakes for both characters. It’s a down-the middle commercial project, but they bring heart to the story. There are no villains in this battle of wills, and the result of their collaboration was an iconic movie.
2013 Disney Film Review