2014: The Year I Embraced the Streaming Culture

Despite my interest in technology, I’m rarely an early adopter when it comes to new trends. They often seem like cash grabs designed to fix imaginary problems. The rise of 3D is a prime example. Seeing a movie on a giant screen is enough of a spectacle. I had a similar reaction when Netflix started pushing their streaming services. DVD-by-mail was a near-perfect upgrade from the video store and offered a lot more selection. Why mess with a good thing? I stuck with my DVD subscription and ultimately dropped it when the benefits slipped. My local library offers plenty of great titles, and that fits with the focus of this blog. Plus, a few video stores remain for the newer releases. That situation has worked out well, but I’ve noticed a change in my thinking. It’s time to embrace the new era of online film distribution.

Before continuing, I should offer a clarification. When I talk about the online medium, that doesn’t mean I’m ready to check out films via a computer screen or phone. There are limits to this change. Thankfully, our Blu-ray player has connections to Netflix, Amazon, and other services to make it easy. I also have a trusty HDMI wire for services like iTunes that aren’t accessible. It’s essentially another way to use our home theater set-up to watch films. Even so, it’s quite a change in perspective. One reason is a slight adjustment in my focus for this blog towards newer movies. While I’m still catching up on classics, I’m hoping to be more engaged in the conversation about recent films. My schedule prevents me from making regular trips to the theater, so a new mindset was needed to work for this situation.

This may not seem earth-shattering, but check out the 2013 figures over the same period: 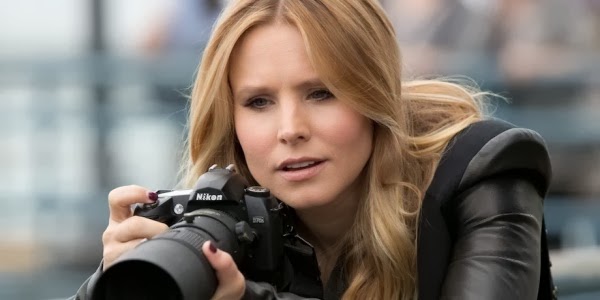 Although I’m still watching a majority of films on DVD, I expect the shift to continue further into this year. The Veronica Mars movie arrives on demand Friday on the same day as its theatrical release, and it will be easier to catch it without arranging a babysitter. The remaining two entries in my Niche Culture marathon will both come from online sources. Why is this change happening? One reason is having better Internet. Before upgrading my service last spring, watching films online was extremely frustrating. There still are moments now that remind me why DVDs can be easier, but they’re less frequent. Another reason is the greater accessibility to indie films that only play in a few select cities.

Back in 2011, I embarked on a “Post-Netflix Project” due to that company’s awful service and disregard for its customers. My thoughts about Netflix haven’t really changed; they don’t offer enough selection to cover the diverse aspects of movie fandom. Even so, I can see the benefit particularly when looking at recent movies. Plenty of Oscar-nominated documentaries and foreign films are currently available. I’ll still be picking up DVDs at the library, especially for blind spots like Yojimbo. It’s hard to argue with the ability to borrow a Criterion release of a classic with little wait. I don’t watch as many DVD extras these days, but they’re also still worth checking out in the right cases.

But what about movie theaters, you ask? I love the big screen and can’t imagine a better place to enjoy cinema. The distractions are gone, and spending two hours just focusing on a movie is incredible. The challenge is getting there. The adjustment has come with the methods when home viewing is the best option. Technology is constantly changing, and it’s hard to predict the source of the next wave to change our habits. My guess is that it’s going make it even easier to watch media at home. I’m still hesitant to embrace it fully, but my guard is down about this trend. If a resistant guy like me is okay with this shift, that’s hardly a good sign for movie theaters. Even so, I expect they’ll continue to thrive by offering an experience that’s still much different from the online world.
2014