Remembering James Rebhorn: From the Earth to the Moon 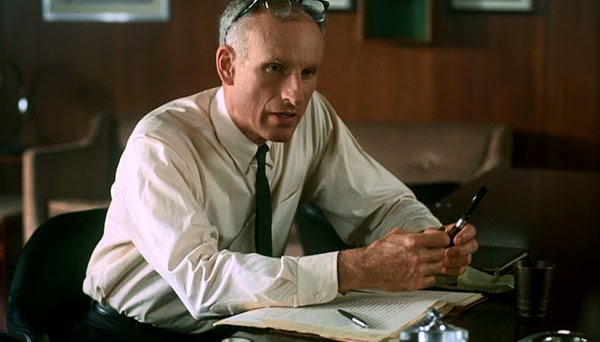 Actor James Rebhorn is best known for playing uptight guys who aren’t willing to let loose. While that’s a part of his background, it fails to do justice to the variety of his work. His latest role was Clare Danes’ father in Homeland, and he injected heart into a challenging part of a guy with bipolar disorder. His presence was a glimpse at Carrie’s possible future. Sadly, Rebhorn died at the age of 65 this past weekend. His career is filled with interesting roles, but one stands out as a personal favorite. In 1998, Rebhorn delivered a fiery performance as Harrison “Stormy” Storms in From the Earth to the Moon. In the second episode “Apollo One” of the HBO miniseries, he made an impression with limited screen time. 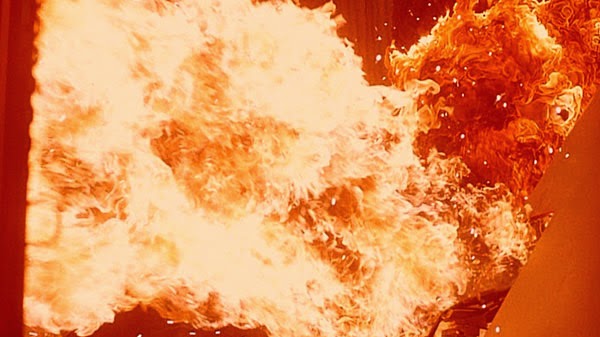 Storms managed the design and construction of the space module for Apollo 1 at North American Aviation. Following the fire that killed Gus Grissom, Ed White, and Roger Chaffee, he was scrutinized for issues that led to their deaths. However, the situation was more complicated. This episode includes solid performances for a talented ensemble cast, including Nick Searcy, David Andrews, and John Slattery. It’s a bit melodramatic, but the actors make it work. The most effective parts involve Rebhorn and Kevin Pollak as NASA’s Joe Shea. They clash over who’s at fault in the tragedy, but it’s clear that both guys are so passionate about the space program. The actors bring such humanity to men who are devastated about the fire and have to strike out at someone because they can’t face themselves. 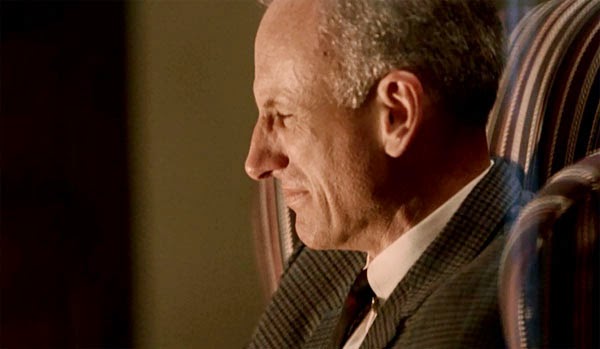 There’s a remarkable moment with Storms at home, slumped in a chair and crying his eyes out. His son arrives without any knowledge of the disaster and glimpses his father in the next room. Rebhorn brings such weight to this scene, and seeing that adds context to his behavior during the episode. He’s an actor who often plays the bureaucratic heel who lacks humanity. This guy is an engineer who manages a large team, yet he cares so deeply for the astronauts and the program. North American and NASA are both at fault, and even President Kennedy’s deadline plays a role. There’s no simple explanation, and the “failure of imagination” described by Frank Boorman (Andrews) is the main culprit. 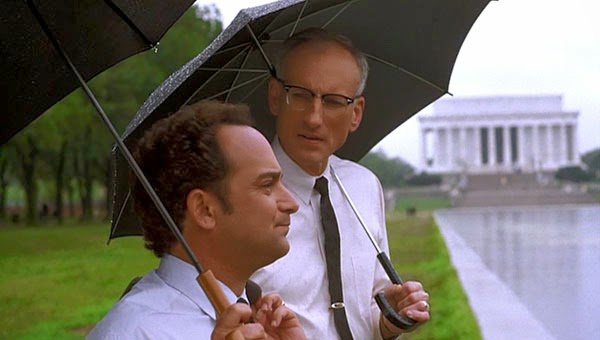 From the Earth to the Moon is heaven for an Apollo junkie, and it remains my favorite representation of the space program. Rebhorn is just a small part of the epic miniseries, but his role has stuck with me for a long time. The final scenes with Shea and Storms walking through Washington put just the right end to this story. Both guys have lost their jobs yet still care so much about what happened. They aren’t cynical about our chances in space but wish so much they were in it. Standing in the rain with the Lincoln Memorial in the background, they bond over their dedication. Rebhorn and Pollak bring these characters to life, and it’s one of many reasons why the miniseries strikes a nerve. I can’t explain why I have goose bumps every time I watch it. I’ve caught my favorite episodes many times, and they’re always there. It just feels like everyone involved with this miniseries had their hearts in the right place, and Rebhorn creates one of its strongest characters.
TV Review