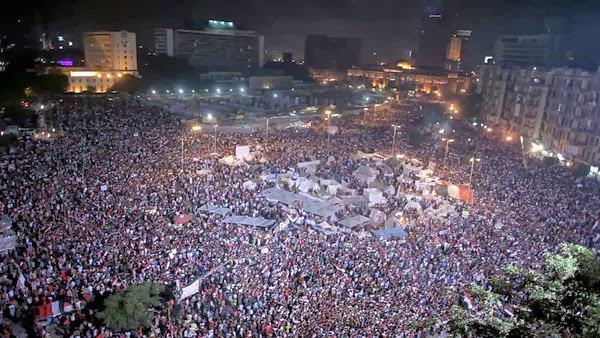 In our fast-paced modern world, it’s easy to get tunnel vision and just focus on day-to-day life. I’m a husband and father of two kids, work a full-time job, try to exercise when I can, and hope to spend some free time with family and friends. There’s also this blog and other writing activities every week. Staying immersed in current events is tricky given the pace of each passing day. The ugly situation in Ukraine this week is just the latest example of turmoil that goes well beyond political squabbles. We often get riled up here in the U.S. about minor conflicts that pale in comparison to what’s happening around the globe.

A prominent recent example is the Egyptian Revolution that began in early 2011. Using social media as a tool to generate support, the demonstrators gathered in Cairo’s Tahrir Square to demand the overthrow of government leaders. This led to the removal of President Hosni Mubarek, but the replacements did not fulfill the promise of this sweeping change. These pivotal moments are captured in Jehane Noujaim’s The Square, which offers a first-hand account of the revolution. She places us in the streets and presents both the joys and the devastation of a people trying to enforce their will to create a better government. 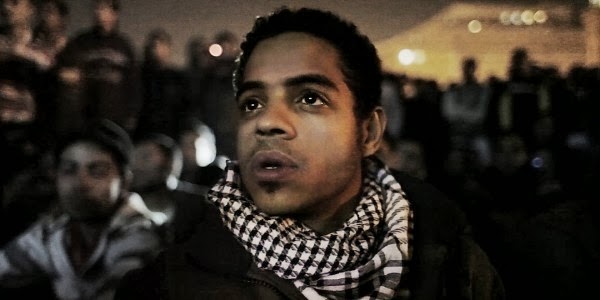 Using hand-held cameras, Noujaim and her crew give us remarkable access to the events as they unfold. This isn’t a “talking head” documentary that offers insight after the fact. The moments feel so vital as the protesters stare down the military and influence change. We follow Ahmed Hassan, an idealistic young man who gets worn down by frequent setbacks. There’s a sense when Mubarek steps down that a great victory has occurred, yet it’s just another round of frustrations. Hassan’s glee shows the real stakes for everyone that go beyond political stage. They’re looking for a new way of life that’s drastically altered from the current one. Unfortunately, the forces in power aren’t going to exit the stage quietly. Creating a “society of conscience” may be a pipe dream, even in the best of circumstances. Watching Hassan and others keep battling is inspiring, despite the challenges in their way.

Another intriguing figure is Magdy Ashour, a member of the Muslim Brotherhood who’s faced torture and imprisonment from Mubarek’s regime. His loyalty to the cause becomes difficult when his own brothers fall short while in power. Ashour remains committed to the Brotherhood yet has allies like Khalid Abdalla on the other side. His past has shown what powerful men will do to his group in the wrong circumstances. Do they deserve a chance to rule the land after facing so much persecution? When the elected President Mohammed Morsi is removed in a coup d'état, it ends the Brotherhood’s chance at power and makes them enemies of the state. It may be the right thing for the country, but it will be difficult for a guy like Ashour. This example shows the complexities that arise with every shift in power and remind us why it’s so challenging to bring about positive change in this landscape. 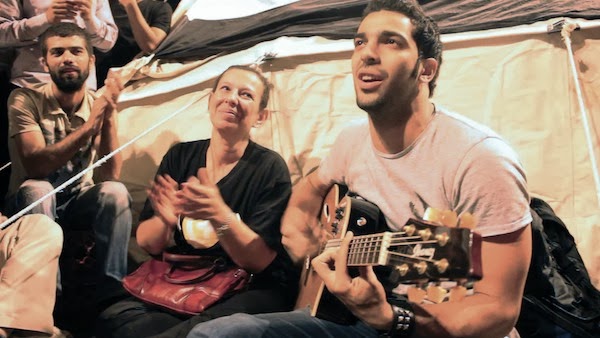 Noujaim also directed Control Room, a compelling 2004 documentary that focused on journalists covering the Iraq War. It gave an insider’s perspective and showed different layers of the issue through the participants on the ground. That approach works again with this film, which connects us with a wave that’s truly revolutionary. Despite the continued setbacks from new figures in power, there’s still a sense that people are coming together to ask for something better. The question that hangs over the protests is how to make it happen. One participant wisely points out that saying “no” only goes so far and won't create a real solution. Noujaim doesn’t answer that question but shows us enough to explain that the current situation isn’t working for many of the Egyptian people. The protests can inspire change, yet there are questions about who's really benefiting from the new regimes.

Some of the most impactful moments in The Square involve the violence that erupts when the government lays down the law. A tank runs down civilians purposefully, yet the military goes on television and denies the claims. Musician Ramy Essam is beaten brutally for performing activist songs within the crowd. We observe soldiers using live rounds and flee right alongside the people when chaos becomes the norm. The danger feels real, and that intensity brings a relevance to the material that’s impossible to manufacture. The situation remains tenuous in Egypt today, and this movie should help to educate people who are far removed from that struggle. Having Netflix on board as a producer will give a much wider access to Noujaim’s film, and the Oscar nomination will expand the scope even further. The difficulties remain in Egypt, but awareness is a mighty weapon in the ongoing struggle.
2013 Documentary Film Review