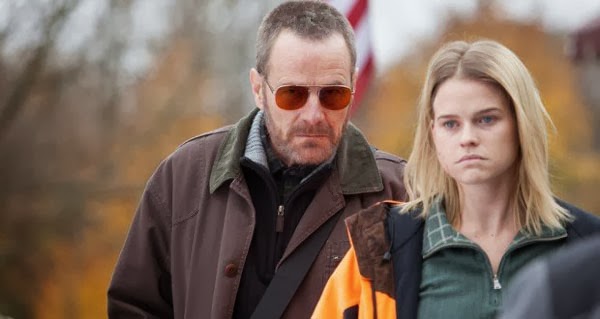 When Breaking Bad concluded this past September, it was the end of a remarkable run for Bryan Cranston as Walter White. Known mostly as the dad from Malcolm in the Middle, he had re-invented himself in the acclaimed series. Throughout its six-year run, Cranston has kept himself active with film and television roles to avoid getting typecast as Walter White. Although he’s appeared in stinkers like Total Recall and Rock of Ages, he’s also created memorable supporting characters in Argo and Drive. This year, he’s set to star in Gareth Edwards’ Godzilla remake and in the comedy Get a Job with Anna Kendrick and Alison Brie. His career will be fine. The question is whether he’ll find another role that comes close to the interest of the meth-dealing White. That seems unlikely, but anything is possible. This brings me to Cold Comes the Night, which officially marks his first movie role since Breaking Bad. It’s set in a dark crime world once again, but the results are much different this time. 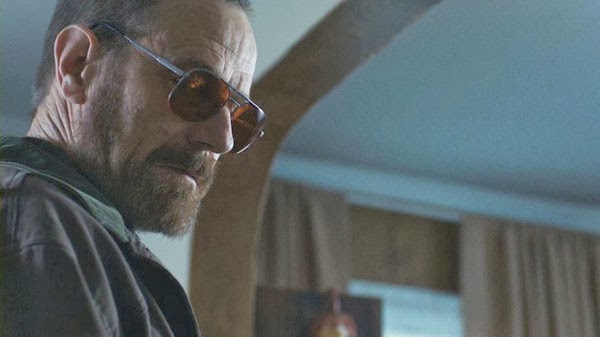 Cranston plays Topo, a low-level Polish criminal tasked with transporting a large sum of money. The problem is that he’s nearly blind, so he’s forced to bring along a foolish assistant. They arrive at a run-down motel managed by Chloe (Alice Eve), a mom with her own share of problems. Circumstances force the desperate Topo to take her daughter Sophia (Ursula Parker) hostage to retrieve his cash. Nothing goes as planned, and the result is a bloody mess. Chloe tries to navigate her way around the dim-witted cop Billy (Logan Marshall-Green), who had an affair with her and hasn’t gotten over it. She’s just trying to escape to a new life with Sophia, but reaching that point may be quite a challenge.

Cold Comes the Night was released in limited theaters and on demand a few weeks ago, and the basic structure is there for an engaging crime thriller. Unfortunately, the results fall well short and get mired in the most basic genre tropes. Cranston’s stuck with an unconvincing accent that’s impossible to ignore. He’s clearly trying to bring weight to the veteran killer, yet he can only do so much with such a thinly written character. Eve is known as much for the controversy surrounding Star Trek into Darkness’ random scene of her undressing as her acting. This character gives her a chance to take a shot at a grittier role. She’s the most convincing part of the movie, particularly with Chloe’s relationship with Sophia. Even so, there’s little she can do to escape the tired plot. Eve strives mightily to bring depth to a character that’s written in an uneven fashion. 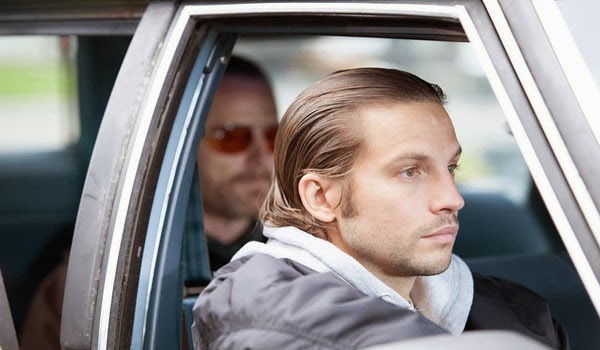 The problems arise with Billy, who’s trying to be tough but comes off unconvincingly. The screenplay explains his attitude due to poor treatment from Chloe, but that isn’t convincing. Logan Marshall Green was one of the better parts of Prometheus last year, but he’s all over the map as Billy. He’s so intense in every moment that it becomes exhausting. The challenges may be with the script, which was written by Director Tze Chun with Oz Perkins and Nick Simon. Eve and Cranston seem to live in a different movie from Billy’s shenanigans. It goes beyond just not liking the character; he causes havoc in nearly every scene.

The one interesting aspect is the idea that Chloe is hardly the innocent that she appears to be on the surface. She was running a prostitution ring out of her hotel and seemed fine with it! Billy may be crazy due to hear manipulation in the past, and his angry wife just reinforces that message. Chloe lies to the cops without blinking an eye and experiences little remorse after several killings. The reason that it doesn’t hit home is that there’s little consistency in this behavior. She wavers between playing the worn-down victim and the manipulator, and it’s off-putting to have limited understanding of the changes. Topo eventually realizes that he’s working with a similar mind with Chloe. Their bond only comes to fruition for a few moments, and it hints at a more engaging story lurking behind the disorder.
2014 Film Review