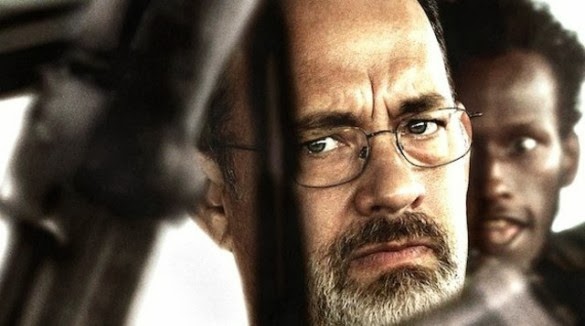 Adapting a well-known real event into a movie is a tall order. It’s easy to put together a check list and just hit the expected beats. The problem is that taking this path leads to a dull film. When Paul Greengrass directed United 93, critics were ready to tear him down for exploiting 9/11. The fact that he managed to deliver an intriguing piece of cinema is remarkable. He created such tension from every moment despite the fact that the ending was certain. It wasn’t a star vehicle designed to draw big crowds with manipulative drama. He used real participants in the tragedy and unknown actors to keep us engaged with the story on the screen. Greengrass employs a similar approach with Captain Phillips, which depicts the highly publicized hijacking of a U.S. vessel by Somali pirates. Despite the presence of Tom Hanks, the style remains clinical and doesn’t over sell the stakes. It’s another great achievement from a director who thrives on subverting our expectations. 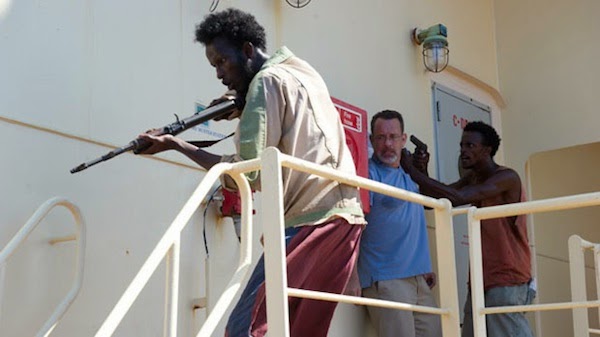 Based on the book A Captain’s Duty by Richard Phillips and Stephan Talty, this story puts you on board the Maersk Alabama and its lifeboat during the final act. Although it feels extremely spare, the screenplay from Billy Ray (Breach) is essential in building the tension. We spend a few minutes with Phillips and his wife Andrea (Catherine Keener) during a routine conversation on the way to the airport. This seems like a strange way to spend our time, but it sets him up immediately as a regular guy. He may be the captain of a ship, but Phillips is no super hero. When the reports of pirate activity grow, the grave concern on his face reveals the clear danger. Meanwhile, Abduwali Muse (Barkhad Abdi) has been tasked with recruiting a small group to steal the vessel. Instead of presenting them as unknown villains, Greengrass shows the young Somali men as equally important. There’s little surprise when they begin the furious pursuit of Phillips’ ship. This creative choice is pivotal in giving us sympathy with the pirates, especially Muse.

Despite this even-handed approach, this film truly grabs you because of Hanks. Once the action shifts away from the Maersk Alabama, it’s all about Phillips and his four captors. I’ve seen most of Hanks’ performances, and few match the power of this role. He’s trying to stay brave and not show weakness, but there’s only so much that anyone could take. Much has been said about the last five minutes, and that scene more than lives up to expectations. Hanks is so vulnerable after surviving the trauma, and watching him crumble is fascinating. We’ve moved so far beyond standard action movie territory at this point. Despite his criminal acts, it’s also disheartening to watch the fate of Muse after being tricked by the U.S. Navy. Despite the evidence to the contrary, he still believes that the elders will stand by him. Abdi does so well in showing the young man’s innocence in the brutal ways of the world. He may try to act tough with Phillips, but he’s hardly ready for the complexities involved. 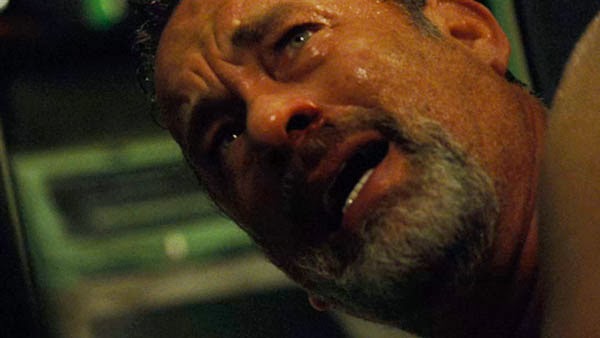 Captain Phillips received six Oscar nominations, including Best Picture and Best Adapted Screenplay. The stunning part was the lack of recognition for Hanks, who’s been showered with awards. Comparing the worth of performances is impossible, yet it still’s surprising given the power of Hanks’ work as Phillips. The unknown Abdi did earn a nod, and it’s a revelation to watch him reveal the layers behind Muse’s bluster. Greengrass and Ray give them the right environment to work, and the actors are sharp. It’s a gripping film that grabs you and won’t let go until the final confrontation. Even with our knowledge of Phillips’ fate, the resolution never feels secure. It takes a master to maintain that tension without manipulating the audience. This story could have fallen prey to the obvious formula, and its success offers a telling reminder of what’s possible in the right hands.
2013 Film Review