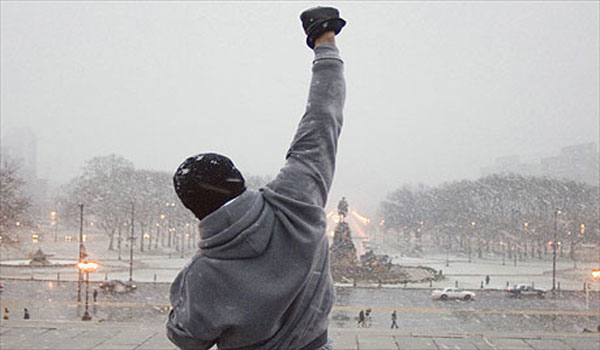 Looking back at the Rocky films, it’s easy to boil them down to a generic formula. Rocky Balboa faces a new challenge and must summon his rare determination and grit to succeed. This is especially true in the third and fourth installments, which are filled with montages and flashy devices to keep us fist pumping and shadow boxing at home. The other installments are a bit different, but all have classic sequences that stick with you. It’s easy to call out the scenes from the boxing matches that fit this bill. Let’s make this a little harder. I’ve seen the six movies so many times, and choosing just five six moments was a real challenge. Even so, watching them again reminded me of the depth within a franchise that’s easy to ridicule. To all the haters out there, my reply is simple: I must break you.

Honorable mention: The Russia training montage, Rocky IV
I could probably fill this list with the training sequences, so I’m just covering them with this entry. It’s a close decision, and the iconic run up the steps in the first film could easily fit here. Still, I’m trying to spread the wealth among the series. Rocky’s training in Russia works because it’s simple and quiet. The shot of him climbing up the giant snow mountain and shouting “DRAGO!” is silly yet also shows the difference this time. The “back to basics” training feels epic and sets up the final fight really well. 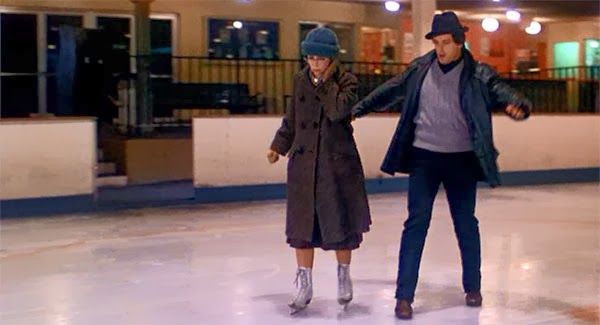 5. Rocky and Adrian at the ice skating rink, Rocky
Each time I go back and revisit Rocky, it’s refreshing to recall just how relaxed it feels. Rocky has the weight of the world on his shoulders, but he’s still just trying to live his life. The awkward first date with Adrian says so much about both characters. A prime example is their conversation after he bargains for some minutes at the ice skating rink. The camera follows them as they circle the rink and finally connect. The added touch of the angry worker counting down the time remaining just adds to the feeling this is a special moment. Their bond really begins here, and it shows Adrian recognizing there’s more to this guy than just another neighborhood “creepo”.

4. Rocky and Apollo Creed in the hospital, Rocky II
This early scene in the sequel might feel like a throwaway, but it’s such a key moment for Rocky. Even though he went 15 rounds with the champ and nearly won the title, doubts remain in his mind about whether the fight was legit. Both guys are in rough shape and at the hospital, and it’s a rare quiet moment after the chaos. This scene also shows why Apollo is so adamant later that he must fight Rocky again and knock him out convincingly. Many think he lost their first fight, and he must squelch those critics and prove his superiority. 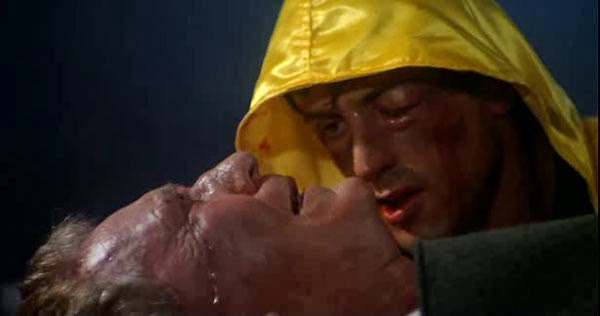 3. The final scene between Rocky and Mickey, Rocky III
Rocky and Mickey’s relationship has been a driving force in the series and evolved into a father-son connection. The tragic death right after Rocky’s loss to Clubber Lang is a bit manipulative, but that doesn’t lessen the impact of their final scene. In a sense, this moment splits the entire series into two different stories. Mickey tried to protect Rocky from someone like Clubber, and now he has to stand up and become something different. Despite the silliness in much of Rocky III, Burgess Meredith’s presence grounds the story and reminds us of the characters’ roots. 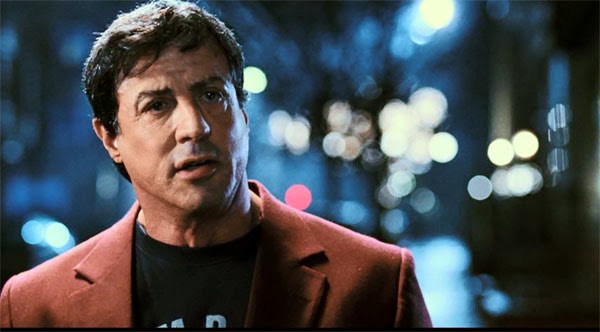 2. Rocky’s speech to his son, Rocky Balboa
The success of the sixth film astounds me, and it’s a true sequel to the original Rocky in many ways. An interesting subplot is the anger of Rocky’s son, who wants little to do with his father’s fame. Rocky keeps holding his tongue and letting the young man go his own way, but that approach only does so much. Stallone pulls together every challenge in his life and throws it into a speech that is about much more than boxing. It brings chills just to think about how much I love this scene. The only way to do it justice is to place the words here:

“Let me tell you something you already know. The world ain't all sunshine and rainbows. It's a very mean and nasty place. And I don't care how tough you are; it will beat you to your knees and keep you there permanently if you let it. You, me, or nobody is gonna hit as hard as life. But it ain't about how hard you're hit. It's about how hard you can get hit and keep moving forward. How much you can take and keep moving forward. That's how winning is done!” 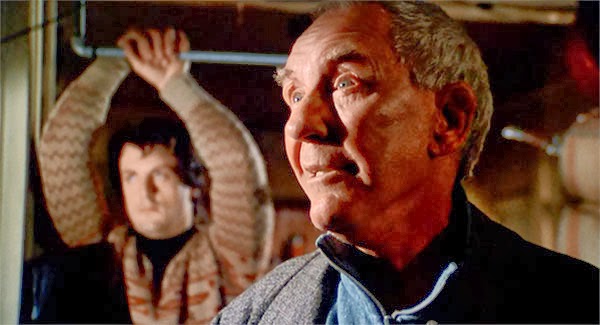 1. Rocky’s angry tirade (“it stinks!”) to Mickey, Rocky
It’s remarkable to watch the first movie and see the anger between Mickey and Rocky. The trainer believes the prodigy has wasted his talent, while Rocky feels abandoned by his former mentor. When Rocky gets a shot to fight Apollo, Mickey approaches him with a different attitude. This is also his last shot at the big time. Seeing through this offer, Rocky shuts Mickey down and launches into a painful tirade about his life. While Mickey heads down the stairs, Rocky angrily tells us how he really feels about the fight. It’s an honest, brutal outburst from a guy who’s seemed upbeat for most of the film. It changes their relationship and shows the stakes for both men. Stallone has never been better, and it’s clear that he drew on his own experiences as a frustrated actor for this moment.

What are your favorite non-fight Rocky scenes?
Top 5 Lists