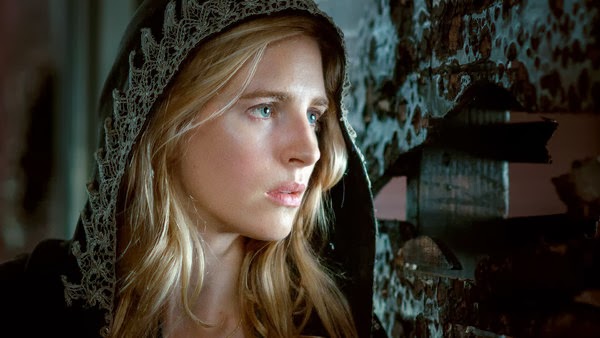 It’s been more than 12 years since 9/11, but the paranoia around terrorists remains prominent for many Americans. Along with fearing the worst, they’re disenchanted with the government and others in power. When the system lets everyone down, what’s to keep people from building their own moral code? This frustration has permeated movies, and we’re seeing plenty of cynical films about the disconnect between the select few and everyone else. This environment plays a key role in The East, Zal Batmanglij’s follow-up to Sound of My Voice. Collaborating again with co-writer and star Brit Marling, he depicts a community striking out at the leaders who’ve let them down. We observe their world from an outsider’s perspective and recognize that determining right and wrong is rarely simple. 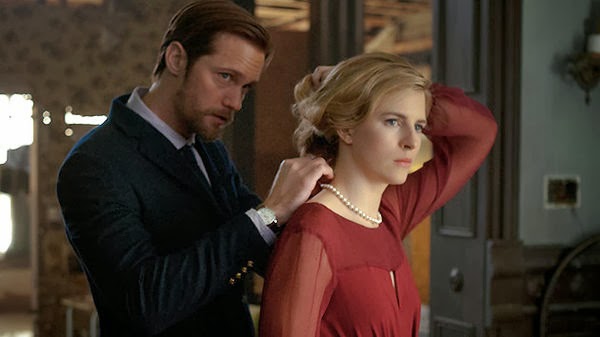 Sarah (Brit Marling) works for a private security firm and has been tasked with infiltrating a terrorist group known as “The East”. After joining them and becoming accepted, she starts relating to their cause. Their leader Benji (Alexander Skarsgård) also grabs her romantic attention beyond the movement. Fully immersed in their world and away from her former life, it’s trickier to distinguish who’s truly on the side of angels.

Batmanglij is a pretty subtle filmmaker who lets us get to know the characters before raising the stakes. This style makes it easy to identify with Sarah, but it only works if she's thrust into an interesting situation. It takes an understated actor like Brit Marling to fit within this universe. Ellen Page also makes an impression as Izzy because her acting doesn't feel too bombastic. Batmanglij clearly admires slow-burn thrillers from a different era, but that approach still needs a convincing final act. If he doesn't stick the landing, all of the construction during the opening hour loses steam and feels like unfortunate filler. 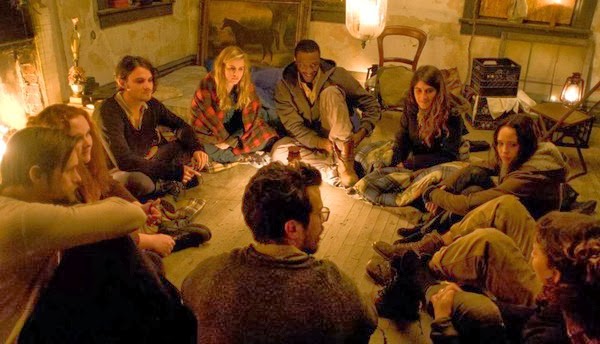 It's interesting to note just how scathing The East gets towards corporate greed. It's hardly stunning news after the economic collapse of 2008, but it's still surprising to plant major sympathies with the terrorists. They kill a pharmaceutical rep with their own drugs, threaten polluters with their nasty water, and seem ready to do a lot more. While Batmanglij and Marling never fully endorse these plans, there's a strong feeling they're justified. An interesting twist is having Sarah's boss essentially push her into their arms with her callous attitude. Instead of having Sharon (Patricia Clarkson) represent corruption in the government, she shows another failing with the private sector.

While the plot is a little flimsy, it's the characters (with one notable exception) that make this film worth seeing. Marling has an intriguing presence and sells the confusion Sarah's facing with the immersive assignment. Page gets her chance to shine, and Toby Kebbell does nice work as Doc. The challenge falls with Alexander Skarsgård, who knows how to brood as Benji but never really sells his anger. He's handsome yet seems out of place as the leader of this band of misfits. The film explains how Benji ended up leading their group, yet Skarsgård seems too aloof to draw them into the fold. He's a far cry from John Hawkes' brilliant manipulator in Martha Marcy May Marlene. There's less brain washing in this group, but you still need a fiery center piece to really sell their bond. 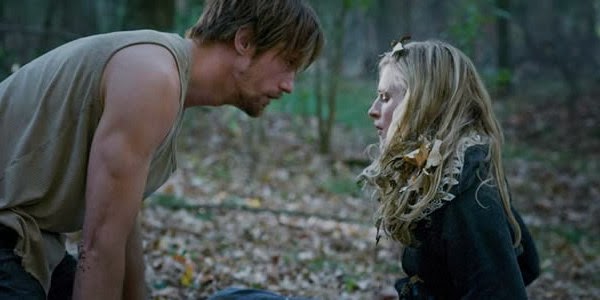 Despite some concerns with Skarsgård and story questions, I found plenty to like with The East. It connects us with Sarah and all that's required to gain everyone's trust and keep it. We're rooting for her success yet share the conflicts about the group's actions. They're obviously going after villains, but does that make it right to strike back? The result never digs too far into this question, but it provides enough to offer solid entertainment. There's enough intelligence behind the script to avoid the obvious cliches for the most part. The final twists aren't too obvious, which makes for a few clever surprises in the end.

Next week, I'll venture into The Zone and tackle Tarkovsky's Stalker.
2013 Film Review