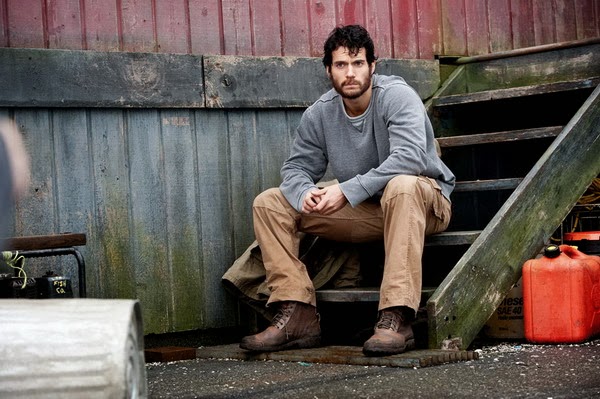 Looking beyond this blog, this year has been very busy. We had our second daughter Etta and I finished grad school in March, and I started a new job in September. While everything is going well, it hasn't allowed for much time to check out new movies. I'm way behind with 2013 releases, and I'm only now starting to catch up with some titles. Instead of doing longer features on films that everyone's discussed for months, I've decided to write capsule reviews that give my impressions on a smaller scale. It's been challenging not to have my opinions skewed by comments on podcasts, Twitter, and other online spots. I rarely check out reviews of movies that I haven't seen, but it's still tricky not to get a general idea of how people are responding to a certain release. This is definitely true with both Man of Steel and Mud, though each has received a much different response. I won't struggle to draw any thematic lines between them; the only real connector (besides Michael Shannon) is the 2013 release. Regardless, I'd love to hear your thoughts on either film.

There are plenty of thrills in Zack Snyder's Superman reboot, and its ambitions are off the charts. It opens with a striking look at Krypton and the events that sent Kal-El to Earth. These CGI-heavy moments have a similar feeling to Kenneth Branagh's Thor. You can imagine that Snyder and Writer David Goyer used the word "Shakespearean" a few times when creating it. Henry Cavill is solid and brings out Clark Kent's compassion. The first two acts work pretty well, and the set-up aligns us with his main dilemma. Should he reveal himself to the human race and risk the consequences? Kevin Costner and Russell Crowe are both strong as the two fathers who drive his thinking. Crowe in particular finds a way to sidestep goofy dialogue and bring grace to Jor-El.  His appearances don't feel out of place and remind us of the larger stakes in the battle with Michael Shannon's General Zod.

On the other hand, Man of Steel ends with a painfully drawn out third act with lots of CGI fighting. Zod's plans are thwarted, but the battle to stop him unleashes a ridiculous amount of destruction. If that wasn't enough, Snyder makes blatant references to 9/11 that give a bloated sense of importance to a summer movie. Superman throws Zod into buildings and likely kills thousands of people, but our concern should be about the safety of a few we barely know. It's a pompous conclusion that has such an air of seriousness that it becomes laughable. Even Michael Shannon can't make "release the world engine!" not sound ridiculous. There's a great movie hidden somewhere within this mess, but Snyder goes overboard and can't help himself. Goyer's script also is extremely on the nose; characters utter obvious lines that to slam home points like a sledgehammer. There's fun within this 143-minute ride, but the end result loses most of this goodwill. 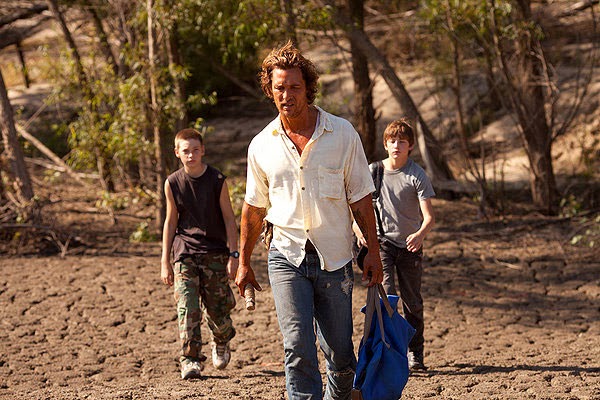 It's been thrilling to watch Matthew McConaughey fulfill his potential and deliver a string of exciting performances. His role as the title character in Mud is one of his best and shows the depth behind the handsome face. It's covered in dirt and has bad teeth this time, but that's hardly the story for Mud. He's an intriguing guy who's living in a boat stuck in a tree while on the run from the law and other vengeful figures. When he's discovered by two boys Ellis (Tye Sheridan) and Neckbone (Jacob Lofland), they form an interesting relationship with the friendly but mysterious Mud. Set in rural Arkansas along the Mississippi River, this slow burn of a film grows on you because the characters are so well-defined. The community is believable, and the actors never strike a false note. It's like a John Sayles film because the connections around the town are so clearly defined.

Jeff Nichols has only directed three films, but he's already become a filmmaker to watch. Shotgun Stories and Take Shelter spotlighted Michael Shannon, and he's done the same for McConaughey. What raises the bar in Mud is the way he depicts the other characters surrounding main trio. We don't spend much time with Reese Witherspoon's Juniper, but it's clear why Mud is smitten. Ellis' parents are struggling and might get divorced, and that pain affects everything that he does. When a brief relationship with an older girl ends quickly, it devestates him because his parents' love is gone. Ellis is the true main character of the movie, and Tye Sheridan reveals the warmth and conflict in the 14-year-old's heart. He sees hope in Mud's refusal to give up on Juniper, but that sets him up for a letdown. The story doesn't play out as expected, and it leads to one of my favorite 2013 films.