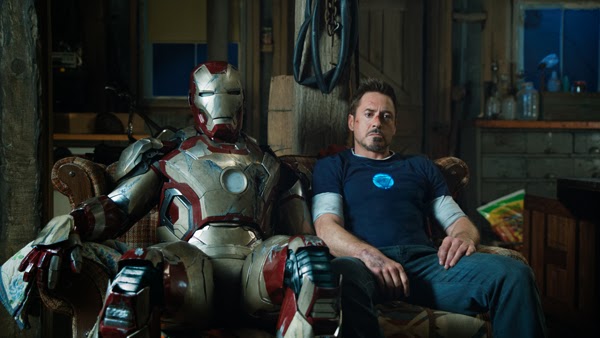 When Iron Man arrived in 2008, it felt like a strange choice to begin Marvel’s ambitious plans to dominate the universe. The character wasn’t that well-known beyond comic-book fans, and it seemed risky to bank future success on his shoulders. Seven movies later, the original film remains near the top of many rankings of the Marvel productions. The same can’t be said of the 2010 sequel, which cranked up the action and added multiple villains but lost its focus. That story placed too much emphasis on setting up S.H.I.E.L.D. and The Avengers. It also wasted a potentially strong villain in Mickey Rourke as Ivan Vanko. Despite those issues, it earned huge box-office receipts, so a third installment was inevitable. Despite concerns of a repeat dud, Iron Man 3 earned solid reviews and drew hordes of viewers. Any doubts about Marvel’s (or the character’s) staying power were gone after this success. The question is whether the movie can live up to this hype. When viewed at home months later, it loses the steam of the marketing machine yet allows for a cleaner take on the actual film. 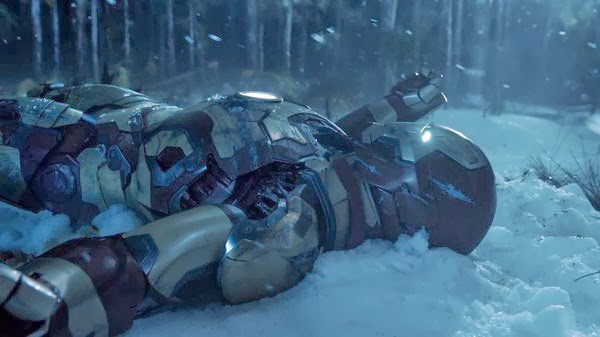 After his near-fatal experience battling aliens in New York, life is hardly a cake walk for Tony Stark. He’s having panic attacks, isn’t a great boyfriend, and doesn’t know where his future is going. Despite his on-screen charisma, Robert Downey Jr. plays these insecurities well and gets what makes this guy tick. He’s come a long way from the arrogant genius who used his smarts to sell weapons. Even so, you can’t totally change who you are. We spend time with Stark and few others during the opening hour. Shane Black knows where to focus his attention. The main villain gets a short back story, but it hardly matters. The best parts involve Stark dragging his broken armor into Tennessee and getting help from young Harley Keener with repairing it. That’s the dilemma for Black when delivering a third film in a blockbuster franchise. He needs the big set pieces to sell tickets and please the studio, but those are the dullest parts of the story. The massive destruction of Stark’s house on the cliff is spectacular, yet it’s one of the few major sequences that sticks with you.

Another interesting element is the limited amount of time that Stark actually spends in the suit. Like Christopher Nolan with The Dark Knight Rises, Black seems to purposely avoid the expected action. This is mostly a plus; the least interesting part of the first Iron Man film was the climactic fight between two guys in suits. The problem was even worse in the sequel during battles with many similar enemies. Moving away from the core parts is daring, yet it also raises tonal concerns and more questions. If Stark can control the robots and keep himself out of harm’s way, should he ever don the suit again? Unlike Thor or Captain America, Stark’s skills are mental and function must differently. Making him try to survive against super-powered enemies without his suit is a wise choice. It grounds the story and keeps it from feeling like a high-tech video game with witty dialogue. It also plays to Downey Jr.’s strengths and doesn’t hide him behind a face mask. The challenge is finding ways to keep him alive without his tools. The bad guys must fall into “James Bond villain” mode fairly often to give Stark a chance to stop their plans. 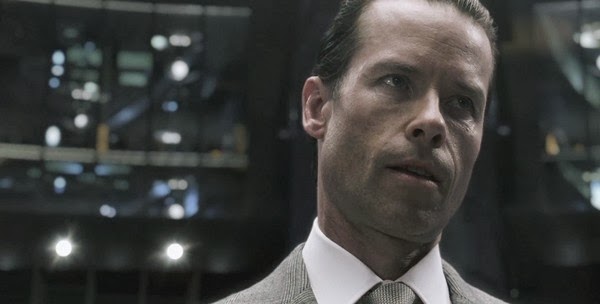 Despite not seeing Iron Man 3 until now, I managed to avoid getting spoiled on the true nature of Ben Kingsley’s The Mandarin. Even so, it was clear from even a little chatter that something was amiss. This isn’t a mind-bending twist that will haunt your dreams. Instead, the placement of Aldrich Killian’s (Guy Pearce) story up front makes it clear who the real villain will be. The choice of Kingsley to play the actor behind the mustache-twirling terrorist is a wise move. His work has frequently moved into this mode in other movies. It wouldn’t be a shock to see him in this part without the character’s false front. Pearce is a strong actor in the right role, but he plays Killian with such obvious villainy that it gets boring after a few scenes. Even the silly reveal of him breathing fire can only do so much. Rebecca Hall’s Maya Hansen probably lost much of her depth on the cutting room floor. Her character seems like it should be more important, but her scenes are limited. A bright spot from the villains is the sharp James Badge Dale, who’s building quite a career in supporting roles. He proved his star potential in the excellent TV series Rubicon, and his future looks promising.

I’ve yet to see Thor: The Dark World, so it will be interesting to see where it takes the Marvel franchise. The films are highly successful and earning major profits, so it justifies the continued releases. The question is whether any of them can truly outshine the formula. Iron Man 3 takes some chances and tweaks the format, and those risks yield great benefits. The challenges fall with the standard elements like the over-the-top villain and action scenes. It’s a solid entry that does much better than its predecessor, yet much of it remains forgettable. Am I asking for too much from a Marvel film? That may be the case. Downey Jr. remains excellent and has good chemistry with Gwyneth Paltrow, who gets more to do this time. The success will probably lead to a fourth Iron Man film, and that puts this series in dangerous territory. Even sustaining this level of quality across three movies is impressive. Going any further will be a challenge. I may have some concerns, but I still love the fact that Marvel has committed to these characters. Even the weakest entries have something to offer and are a step above the standard big-budget films. I’m hoping they’ll continue to build the universe and can find new ways to surprise us by going beyond the formula.
2013 Film Review