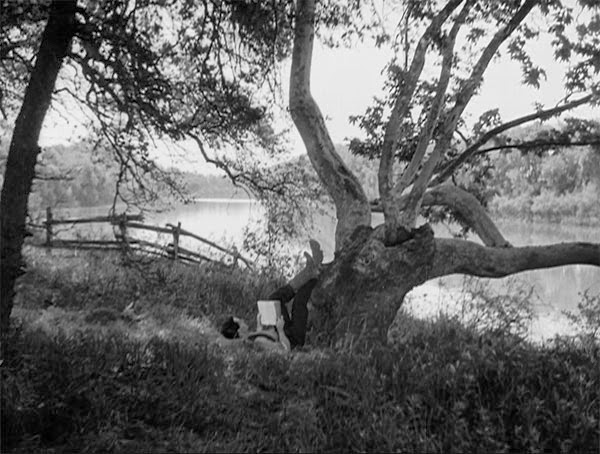 When I consider my favorite classic film directors, one of the first choices is always John Ford. Stagecoach and The Man Who Shot Liberty Valance are my favorite westerns and rank among my top films. The amazing fact is that I’ve only seen six Ford movies. This is a sad number considering his more than 140 directing credits. While many early features have been lost, there are still plenty to see. This marathon will start to rectify the situation. In the next month, I’ll be checking out some of his most highly regarded films across several genres. The results will only scratch the surface of his career, but it will provide a good start. The first choice is his 1939 film Young Mr. Lincoln, which offers a fictionalized story of the beloved president before he reached the high office. Henry Fonda stars in one of the rare features that have depicted Lincoln’s life. It arrives during a remarkable run for Ford and shows his interest in the American past.

What's the story about?
Abraham Lincoln is a curious young man who decides to practice law after reading some books about the profession. He starts a small practice in Springfield, Illinois and chooses to defend the Clay brothers (Richard Cromwell and Eddie Quillan) after a deadly brawl. The angry mob is ready to hang the guys for the killing the town deputy (Fred Kohler Jr.), but Lincoln dives into uncovering the truth. He also meets a young Mary Todd (Marjorie Weaver) and dreams of greater things in the political scene. 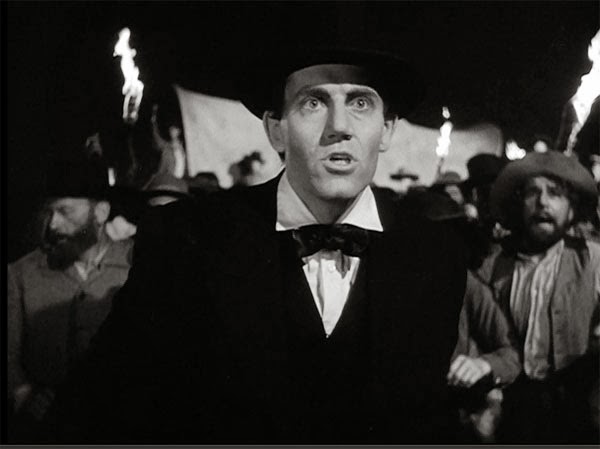 How does Ford present the United States and its history?
It’s easy to get sentimental when presenting an icon like Lincoln, but Ford and Writer Lamar Trotti (Drums Along the Mohawk) present him like a regular guy. He’s just a small business man trying to make his mark and participate in society. The intriguing aspect is the way they present the democratic process. The courtroom is chaos and includes a mob of raucous onlookers standing close to the proceedings. Lincoln is the lone man to battle the uncivilized forces that prefer to shoot first and ask questions later. He’s an American individual yet believes in the rule of law even when the evidence points against him. The challenge is keeping him from being a saint, and Fonda’s performance shows the uncertainty behind his eyes. The great leader who delivered the country from a terrible war is inside him, but he needs a lot more refining.

How does the physical environment play a role in this story?
Ford is known for the vast outdoor landscapes of his westerns, and that’s largely missing here. Even so, the love for the simpler life away from the cities remains. Lincoln’s charmed by that world, which is much different from the “civilized” folks in town. He seems most at home chopping firewood and competing in a tug of war than giving speeches. His idealized comments about the log cabin and his youth do more than check a box of his known history. Instead, Ford is using that connection to show that he’s different from the phonies in town. He has more in common with the heroes of the frontier but fights in a different arena. 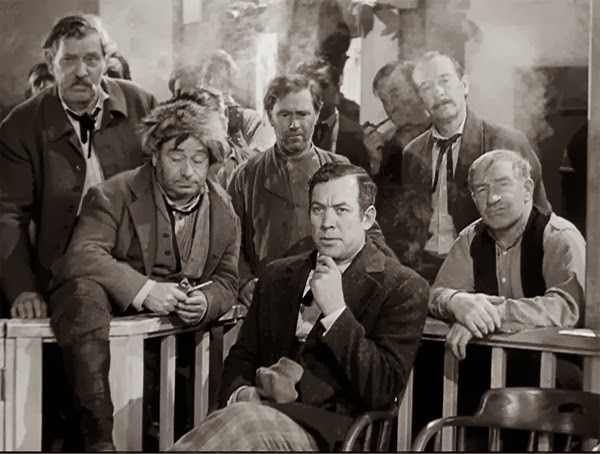 Are the characters believable and fully drawn?
Fonda brings great depth to the tricky lead role, and it never feels like an imitation. He resembles Lincoln enough to make it believable without trying to match him exactly. The other performances are mixed and mostly one-note parts. Pauline Moore is vibrant as Ann Rutledge, but she dies after one brief scene. That moment (and the Mary Todd appearances) connect to his real life but seem mostly unnecessary. The one payoff with the Todd role is seeing Lincoln awkwardly mingling with the rich at her party. The defendants are so idealized that it’s hard to ever consider them as killers. Ward Bond does make an impression as the slimy John Palmer Cass who offers key details about the case. It’s clearly Fonda’s movie, though, and he delivers a knockout performance.

Does this film still feel relevant in our modern age?
There’s a surprising connection between Fonda’s performance and that of Daniel Day-Lewis in Steven Spielberg’s Lincoln. Both attempt to show the rough edges to a guy painted as a saint in many books and other medium. Each also struggles with a hammy ending. The conclusion with Lincoln walking up the hill and through a storm is laughably obvious. Day-Lewis uses a unique speaking style and mannerisms to nearly disappear. Fonda needs to do less to sell the character. Modern audiences could grow weary of the overly sentimental score in Ford’s picture; there were enough grumblings about John Williams’ approach. The continued interest in Lincoln makes this an interesting change of pace from the longer and more complex Spielberg version. 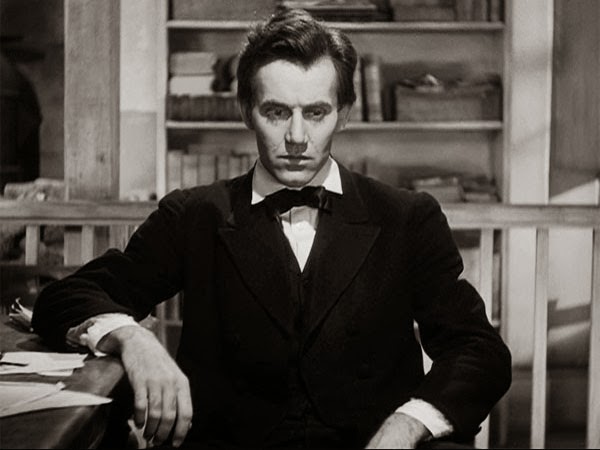 In his Ford biography Meet the Legend, Scott Eyman describes this Lincoln as a man “who lives in the real world - even lawyers have to eat.” How does Ford present it?
There are several key sequences in Young Mr. Lincoln that reject the holy image of the title character. There’s a throwaway moment where he ties a rope to a wagon to win the tug of war. While it’s played for laughs, it shows the ingenuity that was the key to his success. Another moment involves his protection of the brothers against the mob. It’s his physical presence (not just his morality) and threats to beat up the aggressors that sell the defense. The last example is a single look of dread that happens when testimony hurts his case. Ford shoots Lincoln like a dead man with pale eyes and a bleak look. That reaction gives a telling reminder that we aren’t dealing with a superman. He may win this case, but there will be plenty of challenges up ahead as the country faces its greatest test.

Next week, I’ll join Ben Johnson in Utah to battle the elements as the Wagon Master.