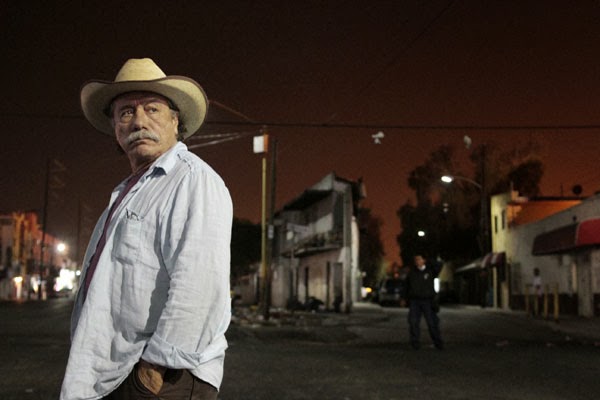 John Sayles is known as a maverick filmmaker on the indie scene who works far removed from the system. While this description is accurate, it also dominates too much of the discussion about his work. Instead of focusing on the characters and their journey, the conversation is more about the writer’s thoughts on Sayles. On the surface, his movies could feel like work as he delves into the workings of a community. However, it’s our emotional connection to the characters that stands out in the stories. A good example is his previous film Amigo, which depicts a barrio in the Philippines facing occupation at the start of the 20th century. While it presents the Philippine-American war and its participants, the story works because we’re engaged with the individuals. The humanity behind Sayles’ work is the key factor in his creative staying power. He’s an accomplished writer and ensures his characters aren’t one-dimensional. This approach is prevalent in his latest film Go for Sisters, a compelling road movie that stands among his best work of the past decade.

LisaGay Hamilton (The Practice) stars as Bernice, a parole officer who’s grown hardened by her time on the job. One of her clients is Fontayne (Yolanda Ross), a high-school friend who’s come upon hard times. When Bernice’s son Rodney goes missing, she enlists Fontayne for help in beginning her search. This sends them down the rabbit hole and into the tricky underworld in Mexico. They hire Freddy Suarez (Edward James Olmos) — a grizzled former cop who understands this tough environment. This trio is unprepared in a dangerous land, but Bernice won’t give up the relentless search. Questions arise on whether Rodney is really lost, and it’s clear that he's worked with some unsavory individuals. Does Bernice really want to reach the end of this journey? With an unlikely friend by her side, she’s committed to continue the search no matter where it leads her. 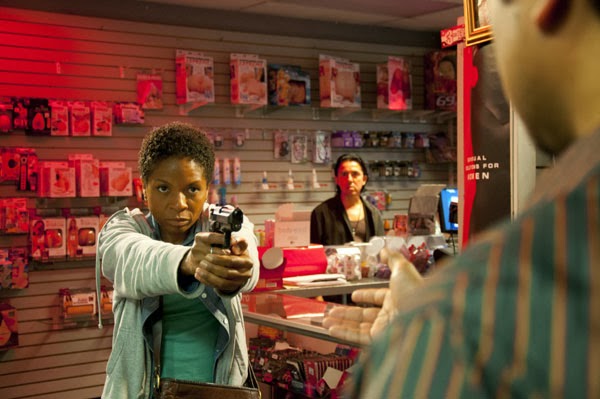 The plot focuses on Bernice’s search for her son, but it’s really about the growing friendship between the two women. Fontayne could easily walk away when the situation gets ugly, but she stands by her former pal. It’s her loyalty and reassurance that keeps Bernice from giving up the quest. There are layers to the investigation, but this isn’t a mind-bending thriller. The title reminds us where the attention truly rests. Bernice and Fontayne were once as close as sisters, but they begin the story in a much-different place. Their re-connection by the end shows the heart behind the journey. It’s also interesting to watch Freddy get more protective over his charges. He starts out haggling over money but quickly grows invested. He’s essentially a mercenary but doesn’t seem concerned with the bottom line. Despite macular degeneration that is taking his eyesight, Freddy still thrives in this grim environment. He takes chances and risks his skin yet recognizes how to work with unsavory figures.

Both lead performances are excellent and stand out when you consider the limited opportunities for African-American women in Hollywood films. Hamilton understands what makes Bernice tick and avoids making her into the typical stern official. Once she lets her guard down and starts to understand Fontayne, it’s easy to connect with her. The surprise is the remarkable work from Yolanda Ross, who isn’t as well-known. She avoids every stereotype of the reformed drug addict and presents a determined woman that deserves respect. Edwards James Olmos is a master at this type of role, and he still finds ways to surprise us. He’s top-billed because of his name recognition, but it’s really a supporting part. Familiar faces like Harold Perrineau, Isaiah Washington, and Hector Elizondo make brief appearances and bring depth to the community. Sayles can organize talented casts willing to work for scale to perform such engaging material. 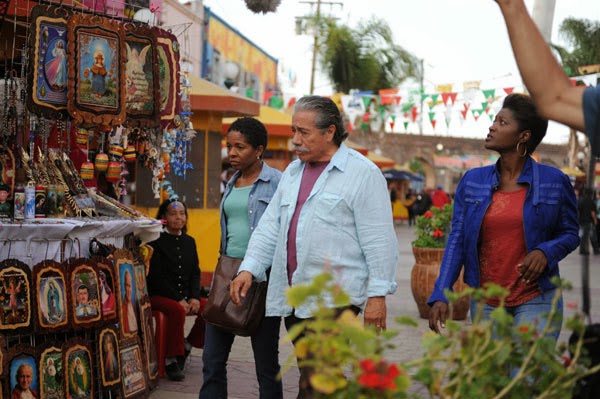 Sayles’ best films tackle important topics without feeling like they’re preaching to the audience. Lone Star covers the challenges of immigration, but it’s really just the background for the murder mystery. Sunshine State presents the economic and environmental challenges of new development in Florida. It’s really more of a personal story of families and their past, however. That approach continues with Go for Sisters, which reveals the challenges facing Mexico without dwelling on them. The story covers the depressed economy, corruption, and black-market immigration yet doesn’t make them the focus. The personal challenges outweigh any political message, and that makes for a riveting experience.

Sayles takes his time and ensures we understand his characters as the plot moves forward. Characters get extended monologues about their past that seem natural yet still offer exposition. That’s a delicate art and creates a less-frenetic style than what viewers expect. It may throw you off to spend that much time without a big moment happening. When they do occur, it’s a jarring transition because of the languid pace. Instead of pummeling us into submission, Sayles uses a subtle method to draw us into his world. This style raises the emotional stakes and helps him deliver a sharp, memorable film.
2013 Film Review