What's the Cultural Future for Movies?

We've reached the final entry in the excellent 5 Obstructions Blogathon organized by Nostra at My Filmviews. The restrictions this time are pretty simple. I can write about anything related to movies, though it shouldn't be a standard review. There were so many enticing options to consider with these open-ended instructions. Should I dig into a specific genre or filmmaker? That approach could offer interesting material, but I decided to go a different route. There's been plenty of chatter about the future of movies as a popular medium. We've seen the changes in the music industry and the challenges for labels and merchants when they didn't evolve. Will movie studios face a similar fate? The bigger question is whether the public still cares about their survival. 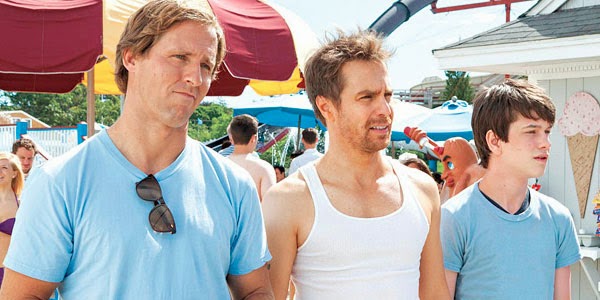 During the past few months, I’ve had several movie theater experiences that have made me wonder about the future of the medium. In late July, my wife and I had a multiplex theater completely to ourselves on the Sunday of the opening weekend for The Way Way Back. Last month, I caught up with In a World… in a massive local independent theater along with just two other attendees. While these showings did not happen during the peak times, they still offer a telling reminder than movies don’t rule the roost. They’re facing stiff competition from a wide range of activities. When attendance is sparse for most screenings, does it make sense to have them? Can studios justify the huge promotional costs to sell a film when there’s a good chance it will fail? Where does this leave filmmakers who aren’t interested (or capable) of leading an army to direct the must-see blockbusters? Technology is changing faster than we can keep up, and movies my need to evolve or risk being marginalized.

The examples that I cited are obviously smaller productions that won’t earn huge numbers at the box office. Blockbusters like Iron Man 3 and Star Trek into Darkness still drew major crowds and earned big receipts in 2013. There are other examples of films without giant budgets like The Heat that earned lots of money through counter-programming. If we just look at the successes and the total box-office numbers, Hollywood seems to be in good shape. The global marketplace is booming, and even misfires in the U.S. can make their money in other countries. I’m not as concerned with the financial well-being of the movie industry. Major corporations like Disney and Time Warner can absorb flops because they’re part of their overall packaging. What interests me is the idea that films aren’t as culturally essential to our society as they were even 10 years ago. Film bloggers and cinephiles may obsess about the latest casting rumors and upcoming releases, but we’re truly in the minority when compared to most audience members. 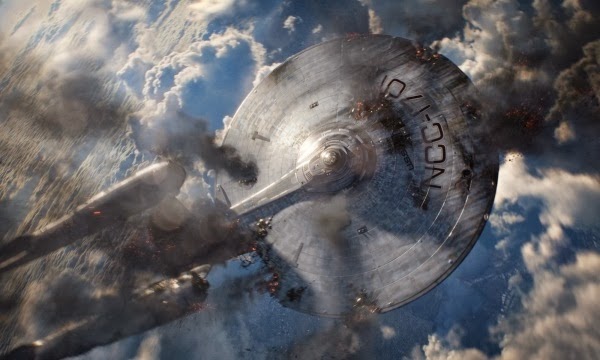 I realize that I’m not breaking new ground. Anyone who’s worked in an office can testify at being amazed at their co-workers’ lack of basic movie knowledge. I haven’t been to the theaters as much this year. When there’s a baby at home (our second), the priorities shift from catching new releases. Even so, I’ve still gone there a lot more than most customers. Intelligent people with great tastes in other areas will talk about not going to the movie theaters more than a few times in the past 10 years. These are well-read individuals who’ve switched their focus to other ventures. What has changed about movies? Part of the issue are the costs for tickets and concessions, which continue to rise and won’t slow down as budgets increase. The U.S. economy is still struggling, and it’s hard to justify the expense. Families are choosing to stay home, watch great television, and not bother with the challenges of the multiplex. Once their habits change, some people realize they don’t really miss the experience. This may seem crazy to a movie nerd, but sometimes it’s just easier to sit on the couch and relax after a busy week.

There are interesting parallels now to the rise of TV during the 1950s, which spawned gimmicks from movie theaters. We’re seeing that today with IMAX, 3D, and other technologies used (with a sizeable upcharge) to make the experience seem different than home. From a cultural perspective, there was so much chatter about the Breaking Bad finale during the past few months. No summer movie received that type of attention, and this isn’t the first example of a TV show being the major story. This golden age of television is making it even easier to stay at home. Why watch Superman pummel buildings for hours when you can see Walt and Jesse? There’s also a different level of staying power through Netflix and DVD that is keeping these shows in the public consciousness more than most films. People still debate the merits of the Lost finale and where Vic Mackey was going at the end of The Shield. Are many of us having the same conversations about The Dark Knight Rises? The pressure is on filmmakers to create better content, and many are doing amazing things. The question is whether they can achieve the same event status except in rare cases. Audiences will go nuts for the Star Wars sequel in 2015, but other contenders will generate only a passing interest. 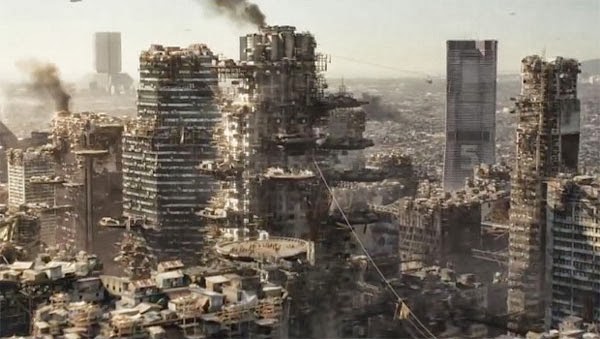 There are two periods of time that used to draw excitement from both casual and dedicated film viewers. The summer movie season promised amazing blockbusters with stars battling aliens and crashing cars. We still have those films, but there are too many. When a pretty solid Wolverine film is barely remembered a few months later, you know we’re in overkill territory. The “summer movies” start arriving in April, and viewers are tired of them by the end of June. There are multiple big releases every weekend, and few people can keep up with even half of them. This overload diminishes the impact of all but a few movies, and plenty are going to flop. Elysium stars Matt Damon and is the follow-up to the very popular District 9, and it drew little interest.  The other big time period is the awards season, when prestige pictures arrive to make their case to win the Oscar. While the Academy Awards still have a box-office impact for indie films, they lack the excitement they once achieved. By the time the show arrives, we’ve already seen the Golden Globes and many other ceremonies, so they feel anti-climactic. It’s even less interesting for common audiences, who scratch their heads when movies they loved aren’t nominated.

Where do we go from here? This summer feels like the tipping point. Hollywood may break records in 2015, but its cultural impact is getting more limited each year. The ease of access to films through Netflix, Redbox, and other venues has made them less essential. George Lucas and Steven Spielberg made headlines by claiming that movies were heading for a Broadway pricing model. While that approach could work for Star Wars, it will make the flops even more calamitous. If attendance lags, it’s possible that theaters will go to a tiered pricing system for different movies and show times. The challenge is fighting against the public’s perception of the way movies have been presented for a long while. Will they spend hundreds of dollars for a single night at the theater? Raising the prices won’t bring people back to the cinema; it could mean the death knell for their interest. I love seeing movies, but I’m in the minority beyond film lovers’ circles. No matter what happens, changes seem necessary within the next few years. I’m intrigued to see where the medium goes, though I expect it may be heading for an unfortunate destination.
Blogathon Essays