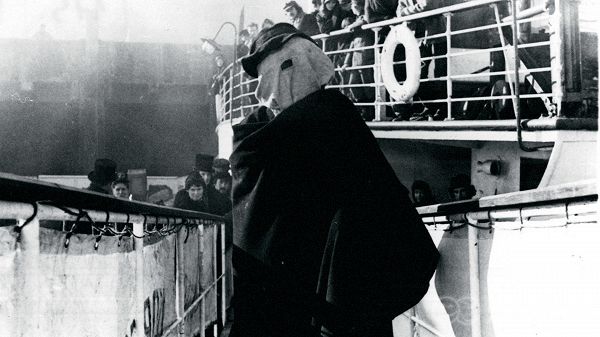 My first exposure to David Lynch came from Twin Peaks during its original airing back in 1990. I was only 14 and knew nothing about his work, but I was immediately drawn to the mix of terror and quirkiness that he brought to the show. It was clear without seeing his earlier films that an original artist had created it. Over the years, I’ve caught up with most of his movies but only saw his debut Eraserhead in 2011 for this blog. That black-and-white film included themes that have carried through Lynch’s entire career, but the story felt more distant. Two years later, I’ve finally gotten the chance to see his critically acclaimed follow-up The Elephant Man. It has a similar black-and-white style yet finds a way to bridge the gap. It was a commercial hit and received eight Oscar nominations, which are a surprise given Lynch’s outsider status. Does his second film retain the elements that make him unique? That question was fresh in my mind when I sat down to watch this film.

What's this story about?
John Merrick (John Hurt) is born deformed after his mother is attacked by a wild elephant. Known as the “Elephant Man”, he's presented as a freak by his manager Bytes (Freddie Jones). When he’s discovered by Frederick Treves (Anthony Hopkins), his fate changes dramatically. Merrick is an intelligent man who's faced terrible cruelty. Treves develops a friendship with this misunderstood guy and fights to pull him out of his former life. 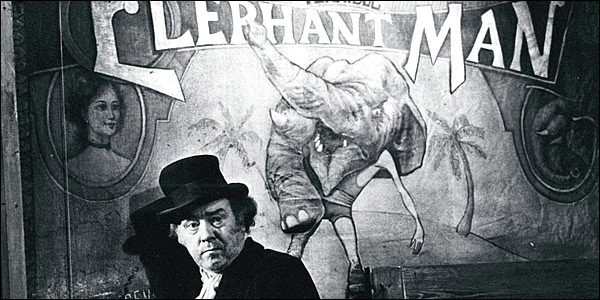 How does this film connect with the themes of Eraserhead?
While it lacks the haunting imagery that dominates Lynch’s first film, The Elephant Man retains his interest in society's fringes. The opening shots of Merrick’s mother screaming are extremely chilling and set the mood for the entire story. He’s misunderstood as a monster, and the terror of facing the public remains with Merrick. The overall message is upbeat, but Lynch creates a tone of dread that matches Eraserhead. When life is going well, it feels like it’s only a matter of time before this hope crashes back to reality.

Where is Lynch venturing in a new direction with this film?
The larger budget and positive story are a big change from his challenging debut. We spend a significant time at the freak show, yet the heart is the relationship between Merrick and Treves. This is the type of film that wins Oscars, though it’s presented in a much different way. Lynch pulls back and lets the actors create full-fledged characters. This approach slows down the story and risks losing our attention, however. It never goes too far down that road, but my interest wasn’t as intense as Lynch’s best work. 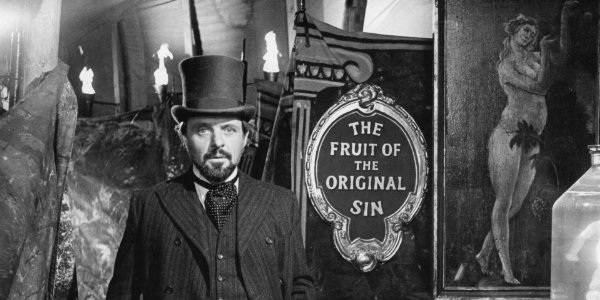 Are the characters interesting? What performances stand out?
Even though he’s hidden behind lots of make-up, John Hurt brings great emotion to the title character. When the night porter (Michael Elphick) shows him off like a monster for the crowds, it’s heart-wrenching to watch their behavior. It’s a scene right out of Frankenstein, though Merrick is hardly an artificial creation. When he finally shouts “I am a human being!” to a train station crowd, it’s a rare moment of defiance from a guy who’s faced this type of scrutiny for his entire life. Anthony Hopkins does his normal stellar work as Treves, and Freddie Jones brings plenty of nastiness to Merrick’s brutal handler.

Does Lynch avoid the "sophomore slump"? If so, how does that happen?
Lynch saved his disaster for his next project with Dune in 1984. The Elephant Man brought his voice to the commercial arena and delivered both creative and financial success. I’m glad to have finally caught this film, and there’s plenty to like. That said, it doesn’t rank among my favorite Lynch movies. It’s mainly due to personal preference and limited interest in this story. It’s an impressive achievement, particularly with John Hurt’s performance. There’s also quite a change from Eraserhead and shows that Lynch can deliver a more traditional project.

Next week, I’ll venture into the world of Godard for A Woman is a Woman.
Film Review