Creating an effective movie spoof is tricky business. For every success like Airplane!, you have painful misses like Meet the Spartans and the many Scary Movie sequels. The challenge is finding a way to pile on the jokes while retaining a semblance of a real plot. A good example is Top Secret!, which is ridiculous yet still has a spy story that moves along. Black Dynamite joined the fray in 2009 and quickly became a cult hit. It made little money at the box office yet has found a devoted audience since that time. It’s the most recent entry in this year’s Blind Spots Series on cult films. This fact is a testament to the excitement generated among a certain type of movie viewer. Following in the footsteps of Keenan Ivory Wayans’ I’m Gonna Git You Sucka, this Scott Sanders film takes aim at the Blaxploitation genre. It’s an easy genre to satirize because of its consistent devices, but that almost makes it harder. If everyone knows the tropes, how can you do anything original? Sanders and star Michael Jai White (Spawn) dive head first into this project and leave nothing on the field. While some jokes are too obvious, they still find a way to create an inspired comedy. 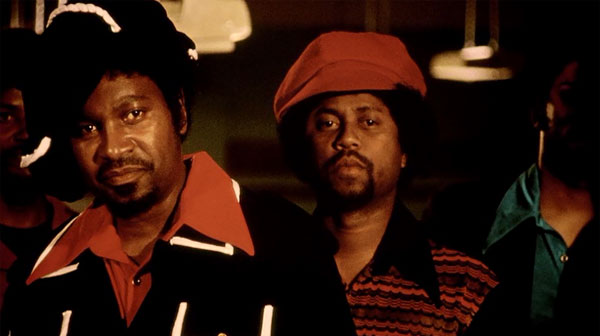 White also co-wrote the movie, and it’s clear that he’s fully invested in making it work. Black Dynamite is in nearly every scene, and this story fails without a convincing lead performance. He exudes the ridiculous confidence that makes women swoon and guys join him in standing up to The Man. White isn’t a very expressive actor, but he needs little to sell the purposely one-note guy. The flashbacks to his past in Vietnam and at the orphanage are great fun and ridicule the need to explain his motivations. His anger at drugs being sold in the orphanage is a highlight, particularly when the kids start flying out the window. Whether he’s laughing maniacally on board a helicopter or mourning his pal while parachuting to the White House, White finds the right blend of silliness and over-the-top conviction. He doesn’t need to wink at the camera because the material does the work for him.

The story has Black Dynamite (that’s basically his first name) returning to get revenge when his brother is murdered. The hordes of villains are no match for his Kung fu skills, and he dispatches them with few issues. A parade of familiar faces like Arsenio Hall, Tommy Davidson, Mykelti Williamson, Bokeem Woodbine, and others depict the outlandish dealers and associates that run the city. The trail of goofy characters moves so quickly that it’s hard to catch them all. There are many attractive women for Black Dynamite to seduce, but only one really draws his attention. Nicole Ari Parker plays the militant Mahogany Black, who dismisses his usual pick-up lines but can only reject him for so long. No one can truly resist Black Dynamite. She’s also a standard type from this genre and fits right into this world. 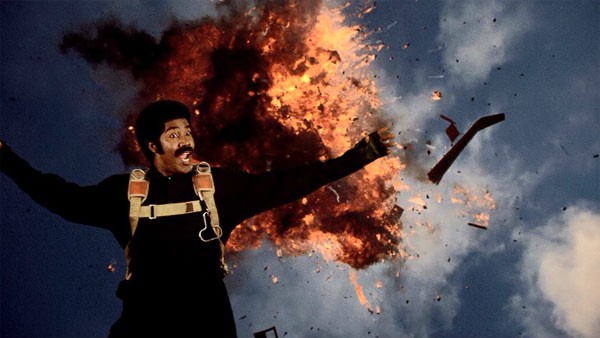 Analyzing a movie like Black Dynamite is tricky because the silliness is so high. It really comes down to whether the humor works for you. I enjoyed the pace, which moves rapidly and perfectly grasps the feeling of a Blaxploitation film. The colors and setting are convincing even while the zaniness is happening. Every joke doesn't land, and some are pretty standard. Still, it’s impossible not to like a movie that ends with Richard Nixon having a nunchuck battle with Black Dynamite. White is so genuine that it’s hard not to get drawn into the fun. It’s filled with over-the-top scenes and clever gags that stick with you for a long time. It isn’t for all tastes, but movie fans should enjoy the kind-hearted spoof. The filmmakers love the genre and can’t help but show that enthusiasm in the final product.
Blind Spots Film Review