Nostra at My Filmviews has organized an intriguing blogathon designed to push writers out of their comfort zones. It presents five obstructions (one per month) that force you to avoid the typical approach.. This month's challenge is intriguing because it involves more than just writing a review. Along with giving your thoughts about a movie, you also must interview someone about it. If possible, this conversation would be with a person involved with making the film. I hadn't done interviews with a project's cast and crew in a long time, and none were for the blog. This mission from Nostra drove me to contact the director of a recent movie that I really enjoyed, and the result was a resounding success. 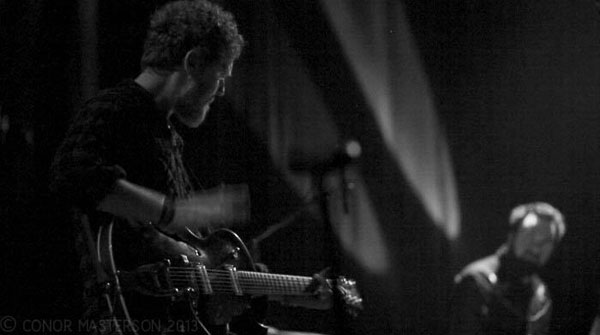 A few weeks ago, I picked up the concert film The Frames: In the Deep Shade, which chronicled one of my favorite bands during their 20th anniversary tour. Hoping to spread the word about this movie, I wrote a piece about it. I knew little about Director Conor Masterson but took a shot at contacting him. The talented photographer brought a more artistic style and avoided the standard format of the tour documentary. Conor was kind enough to answer my questions about In the Deep Shade and gave excellent responses. This interview enhanced my enjoyment of the movie and was a great experience. The Frames deserve a lot more attention, and this picture should only help that cause.

Although I'd considered doing interviews for the blog, I hadn't given it serious thought because I don't have connections with any publicists. I'm also writing frequently about older films, so this site isn't really designed to promote the latest releases. Nostra's blogathon was the perfect inspiration to push me to give it a shot. I'm planning to do more interviews in the future, and the discussion with Conor was a great start. It's a cool way to spotlight lesser-known movies and the artists who make them. I can't wait to find out what obstruction Nostra will throw out next month. I expect that it's going to be a challenge.
2013 Blogathon Documentary