That Was a Rockin' Show!: Bruce Springsteen & the E Street Band – Live in New York City 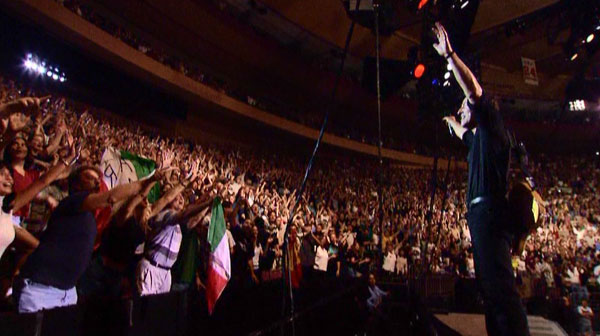 There are few bands that I’m willing to spend gargantuan prices to see them live. Those top acts have ticket prices that can go well beyond $100 for seats that aren’t even that close to the stage. I’m more comfortable spending $20 for a club show and having more fun with the experience. The one exception is Bruce Springsteen & the E Street Band. I’ve seen them seven times as a band and also caught his solo act during the Devils & Dust tour. I was late to the party on Springsteen and didn’t really catch on until after the reunion in 1999. I owned a few albums and his greatest hits, but I didn’t recognize his mastery of the live setting. The turning point happened with the HBO film Live in New York City, which presented 14 songs from shows on June 29 and July 1, 2000 near the end of that tour. The tracks were edited together to feel like a complete set, and it was clear that I wasn’t giving Springsteen enough credit. His four-guitar attack with Nils Lofgren, Steven Van Zandt, and wife Patti Scialfa delivered a sound that expanded so much on the studio versions. The chemistry among the band was remarkable, and I watched my VHS recording off the network repeatedly. When the concert was released as a two-disc DVD, it only enhanced my enjoyment to see this performance with better sound and visuals. It created this obsessive fan almost immediately, and my enthusiasm hasn’t waned in the past 13 years. 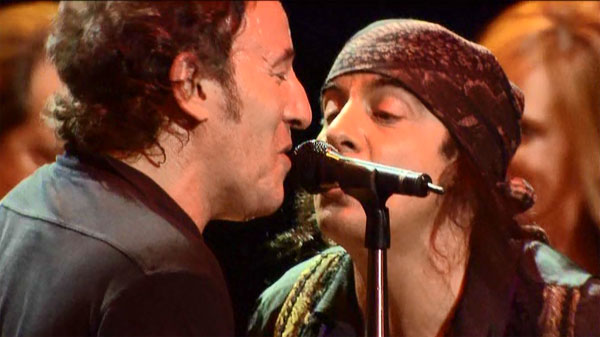 The big difference between this group and bands like The Who is that they’re not coasting on past glories. Reuniting after more than a decade, the E Street Band is re-invigorated and ready to deliver a house party. The set begins with “My Love Will Not Let You Down”, a B side that's comfortable among the classics. Max Weinberg’s drumming has lost none of his power, and the opening showcases his ability to set the mood. It’s followed by fan favorites “Prove It All Night” and “Two Hearts”, which show the chemistry between Springsteen and Van Zandt. These guys are kindred spirits and work better as a combo. The most interesting early song is a re-working of “Atlantic City” from the Nebraska album. The acoustic recording is expanded into a full band song and works surprisingly well. It’s followed by “Mansion on the Hill”, a more contemplative tune from that record. That tone continues for a remarkable performance of the “The River”, which opens with a mournful solo from Clarence Clemmons. It’s one of Springsteen’s most personal songs and feels relevant in this much-different structure. This willingness to shift from the expected sound brings surprising vitality to even the most recognizable melodies. 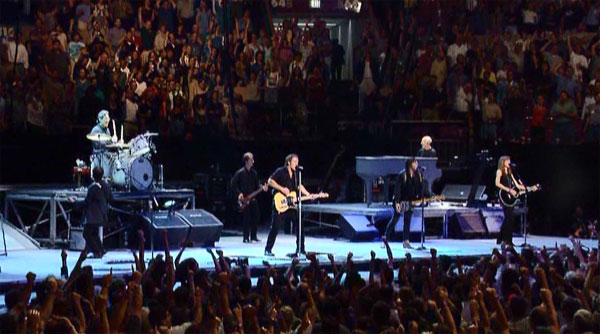 The centerpiece of every reunion tour show was a four-song blitzkrieg that took it to new heights. The interesting part is that several were not the showstoppers from the band’s heyday. The fun begins with another full-band expansion of an acoustic song. “Youngstown” from The Ghost of Tom Joad becomes so different and includes an incredible solo from Lofgren. Along with having a lyric that mentions a “Danny Heaton” in the opening verse, this song has new life. It’s followed by the old B side “Murder Incorporated”, which the band re-recorded for the Greatest Hits. This guitar-heavy rocker readies the crowd for the fan favorite “Badlands”, which never seems to get old despite appearing at nearly every show. Everyone’s singing along at full force, and that doesn’t stop with the wonderful “Out in the Street”. I dare the cynics to watch these two performances and not be converted. Springsteen has the crowd in the palm of his hand, which makes it the perfect time for an ultra-long version of “Tenth Avenue Freeze Out”. He introduces each band member with major fanfare and turns the concert into a near-religious experience. This may seem like hyperbole, but I can’t stress enough how well it works on stage. 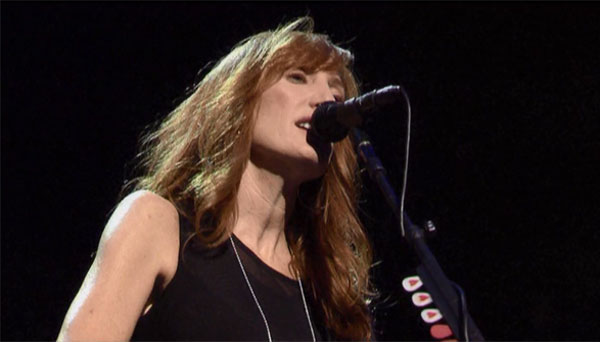 Live in New York City is remarkable, yet there still a few issues that make it less complete. The DVD release does not include the full concert and provides 11 unreleased bonus songs. Fans had hoped to see the entire July 1 show presented in the proper order, so it was disappointing. When you add this omission to the strange edits in his Live 1975-1985 box set, it makes you wonder what Springsteen is trying to hide. I’m a huge fan but think he missed a wonderful opportunity with this release. The extra tracks are great, particularly the piano song “The Promise” and the emotional “Lost in the Flood”. Another strange aspect was the late addition of “Born to Run”, which feels awkward when placed right after “Tenth Avenue Freeze Out”. Up to this point, the set has skipped a few songs but has felt pretty cohesive. It’s a Springsteen classic and a strong performance, but the appearance in that spot reminds us that we’re watching an edited TV presentation. 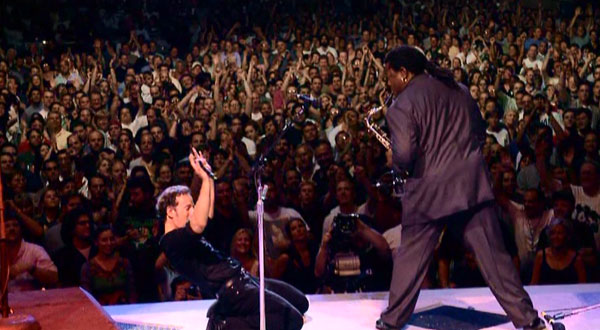 This film closes with two songs that were brand new for the reunion tour. “Land of Hopes and Dreams” ended most of the shows and matched the theme about everyone joining together. The repeated uses of “this train” put everyone on board for the future. It’s become a live staple and sets just the right mood for the end of a Springsteen concert. We leave with the controversial “American Skin (41 Shots)”, a mournful tune inspired by the Amadou Diallo shooting. This song premiered during this final run in New York City, but it’s about more than a single event. Springsteen uses the killing to talk about this country, and it’s a stunning track. Its placement in the actual show was much earlier, but the move to the end makes sense. It stresses the importance of this performance and concludes the celebration on a somber note. Even though we’re having a house party, we can’t forget the challenges that exist as this country enters the 21st century.
Film Review Music Review