That Was a Rockin' Show!: The White Stripes Under Great White Northern Lights (2009) 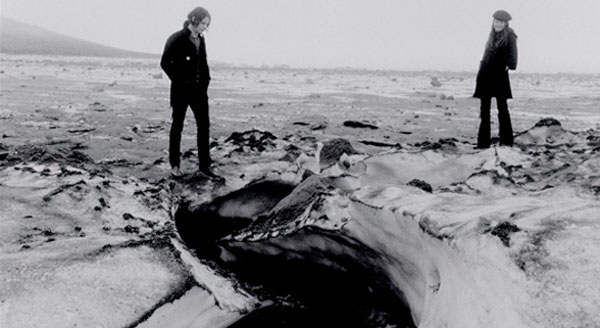 I’m a concert junkie and have attended hundreds of shows over the years. My numbers are down recently, but I can think of few better ways to spend my time. While films can’t match the live experience, they provide a great substitute with the right artists. This marathon will tackle movies about both my favorite bands and acts that I barely know. My first choice depicts one of the breakout bands of the past decade. The White Stripes burst onto the scene with their third album White Blood Cells in 2001 and never looked back. The duo of Jack and Meg White has a unique sound that’s only grown over time. They called it quits in early 2011, but their influence will remain for a long time. Jack has released an impressive solo album and should be a mainstay. I only caught the White Stripes in concert once back in 2002, and it was incredible. They blazed through an hour of songs and barely gave a breath to the packed crowd. This rampant energy is all over the documentary The White Stripes Under Great White Northern Lights and reveals plenty about this group.

Where and when did this concert take place?
This film covers a series of concerts for the White Stripes during their tour across Canada in 2007. They played a show in every territory and ventured to places like Yellowknife that rarely get major acts. Along with nighttime shows at larger venues, Jack and Meg appear at random locations in these towns with little notice. Instead of sleepwalking through the tour, they seem ready to try anything to keep things fresh. There are performances of their signature tunes plus footage of the band hanging out behind the scenes. 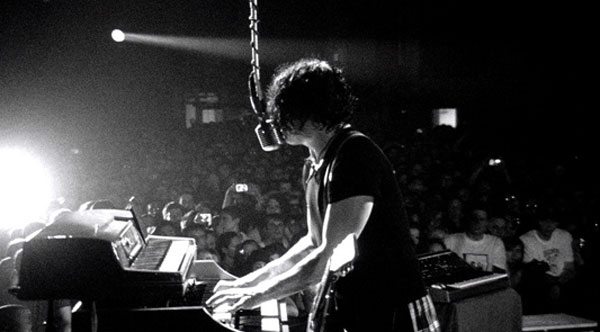 How does the director choose to present this band? Is it effective?
Emmett Malloy receives close access to Jack and Meg and gets an intimate perspective on their much-different personalities. This allows him to provide more than we’d learn with interviews. He zooms in closely on their faces and tries to grasp what’s behind the showbiz exterior. A majority of the footage is in black and white, which brings a classic feel reminiscent of Sam Jones’ shots of Wilco in I Am Trying to Break Your Heart. The periodic switches to color are an inspired choice and fit the mood of the rocking numbers. It’s a visually stunning film that goes beyond the concerts. Malloy is a veteran director of music videos, and he understands how to draw energy from even the quieter moments. When the volume cranks up, we’re right there on stage with the band as they destroy the audience.

Do the performers have a good stage presence during this show?
The White Stripes are an intriguing pair because their personalities are so different. Jack is a ham with an over-the-top personality who enjoys being the center of attention. Meg is extremely quiet and uncomfortable in the spotlight. Malloy even uses subtitles for most of her comments because her volume is so low. Given the fact that they broke up several years later, her anxiety comes more into focus. The camera zooms closely to her face and captures a reserved soul trying to put on a brave face. It’s much different on stage, where Jack and Meg play off each other so well. He’s all over the place and brings the energy, but it only works if she’s up to the task. The music is great, but what sets them apart is the personality that both bring to the shows. Few acts could get away with performing an impromptu “Wheels on the Bus” while riding a bus and still seem genuine. The montage of the band playing at random locations like a bowling alley, a YMCA, and even a fishing boat works because they sell it. The movie opens with them making a daytime appearance and playing one note for the adoring crowd. The fact that they can do that and not get an angry response shows how much they’ve connected with fans. 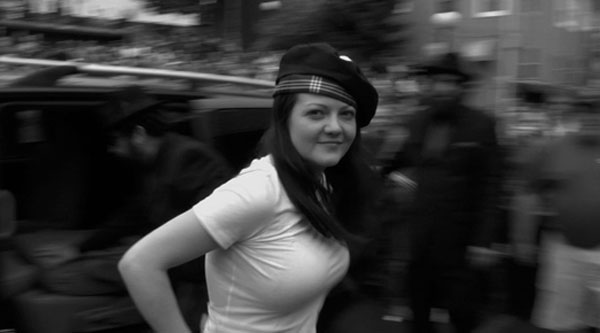 What are some of the highlights?
The best moments happen on stage as the band recklessly flies through their signature tunes. The Citizen Kane footage during “The Union Forever” is a clever touch; it's amazing that I missed the connection. The spoken-word portion synched up to the party scene is a great moment. Rockers like “Seven Nation Army” and “Icky Thump” are even more powerful on stage, and Dolly Parton’s “Jolene” brings down the house. A daytime visit with Native American tribal elders shows everything about this band. We start in the car as Jack and Meg complain about having to go for an hour. Even so, he turns on the charm at the meeting and seems thrilled by the experience. Is it all a sham? I’m inclined to believe he’s being genuine, but I expect this isn’t a universal opinion. Malloy shows us the weariness of such a busy schedule yet presents the unique moments that make it all worthwhile.

Beyond the songs, does this film have an interesting style?
Under Great White Northern Lights is one of the more impressive concert films that I’ve seen in a while. The washed out cinematography is an inspired choice and delivers a striking look. Simple footage of Jack and Meg walking on the beach is gorgeous. The film ends with them sitting at a piano as he plays the emotional tune "White Moon”. She tears up by the end, and Malloy captures this moment without being intrusive. It feels like the perfect send-off for a band heading towards their last days. They’re such different individuals yet seem just right together as a group. It isn’t easy to capture the essence of a band in 90 minutes, but this film makes a valiant attempt.

Next week, I’ll hit the festival circuit and pitch my tent for Monterey Pop.