Growing up in the ‘80s, there was no bigger star than Michael Jackson. He broke out as a solo artist with Off the Wall and then reached the stratosphere with Thriller in 1982. His music videos were must-see events, and his worldwide popularity remained up to his death in 2009. There was plenty of controversy, and he became a reclusive figure after multiple sex-abuse charges. Separated from that mess, his music feels timeless and isn’t stuck in its time period. I never considered myself a huge Jackson fan, but I’ve grown more impressed by his songs in recent years. His first three solo albums are full of hits and include very few misses. Jackson delivered excellent pop tunes that should draw more fans with each new generation. His later work isn’t as consistent but still displays his knack for delivering accessible gems. Jackson’s death was a big surprise and happened right before a comeback run of concerts in London. When This Is It originally arrived later that year, it felt like a money grab that took advantage of his stardom. Several years later, it’s easier to check out Jackson’s last days and appreciate his incredible talents. 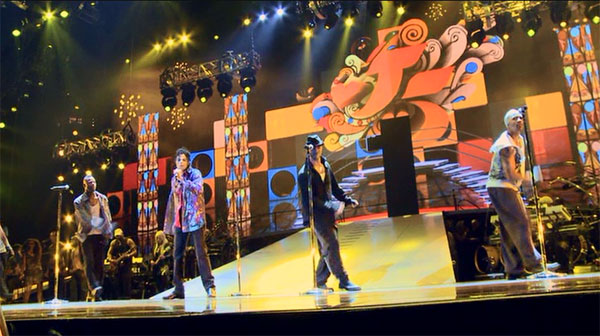 Where and when did this concert take place?
This Is It chronicles the dress rehearsals for a six-month residency at the O2 Arena in London that would include 50 concerts. Jackson works diligently with his stage crew and dancers at the Staples Center in Los Angeles to prepare for the ambitious shows. They would incorporate a crazy amount of special effects and new video footage shot in front of green screens. Jackson is closely involved with every part of the production and runs everyone throughp the intricate paces. This film is set up like a concert and includes 20 songs that cover his entire career. It’s a much different approach to the material, but it works surprisingly well as a final performance.

How does the director choose to present the artist? Is it effective?
Kenny Ortega (High School Musical) is a veteran director and choreographer who’s worked with Jackson in the past, so his goal is presenting him in the best way possible. This isn’t the type of behind-the-scenes documentary that that shows the artist in a less-flattering light. Following Jackson’s death, Ortega is looking to honor his memory for the fans. The film begins with interviews with the young dancers, who are clearly star struck. It’s a very positive depiction of Jackson and his abilities, and this approach may not work for everyone. Even with this glossy veneer, it still provides an interesting look at the creative process. With little financial restraints, Jackson is developing a spectacle on par with the best theme park attractions. It’s way over the top, but that’s one of the ultimate goals. Why come back if he’s not going to deliver the most ambitious show in history? 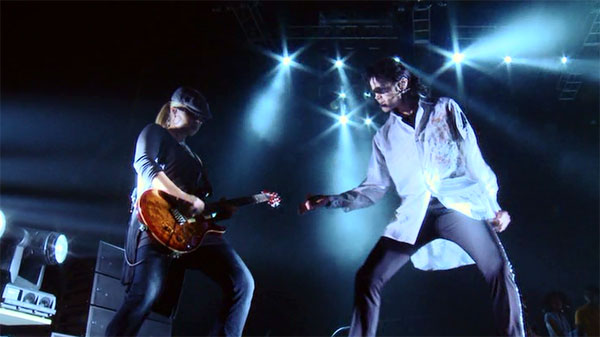 Do the performers have a good stage presence during this show?
Jackson is a magnetic performer who honed his skills at Motown as a kid with the Jackson 5. The question is whether he still has the moves as a 50-year-old man. He’s slowed down a little bit, but Jackson still holds his own. He stands alone on stage for “Billie Jean” and looks decades younger once he starts moving. For “Beat It”, he boards a cherry-picker and flies above the audience, then hits the stage to rock with guitarist Orianthi Panagaris for “Black or White”. Matching Jackson at the front of the stage is no joke, and she does a good job. So much of this presentation is about what’s happening on the video screen, and that’s especially true for “Thriller”. There’s a new zombie video that includes 3D, and it pays homage to the original short film. There’s a danger in going too far over the top and overshadowing the music, and that happens to a certain extent. Even so, Jackson finds a way to deliver some impressive songs. His Jackson 5 segment includes classic tunes like “I Want You Back” and “I’ll Be There” and doesn’t feel like a stunt.

What are some of the highlights?
Watching this film is like going back in time and revisiting high points from Jackson’s career. One of the best performances is “Smooth Criminal”, which uses a clever video with him fleeing from Humphrey Bogart. He looks a lot different than his Moonwalker days, but the setting works. The choice of “Wanna Be Startin’ Somethin’” is obvious but sets the right mood. It brings a sense of fun that continues through most of the rehearsals. The final song before the credits is “Man in the Mirror”, and I’m again surprised by how well it works. The lyrics are obvious yet don’t fail because Jackson sells them. Less inspiring is “Earth Song”, which plays over an attractive video of a young girl in the forest. The images are beautiful, but the music slows down the pace and lacks energy. It’s one of the few middling tracks in a movie filled with exciting ones. I appreciate Jackson’s interest in the environment, but there are better choices like “Will You Be There” for the positive message. 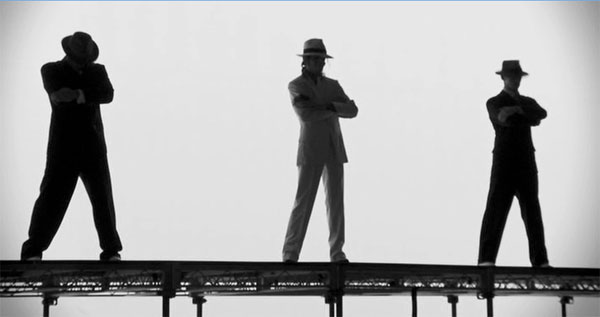 Beyond the songs, does this film have an interesting style?
Ortega cuts together different footage seamlessly to make it feel like we’re witnessing a nearly complete performance. While he skips verses and doesn’t give us the whole picture, it’s enough to show how the concert would have worked. The digital recreations of the incomplete feats are only partially successful because they feel a bit silly. Even so, the mix of songs with shots of Jackson working out the kinks is effective. He doesn’t give anyone a pass yet remains professional when offering feedback. Jackson looks so comfortable in this setting, where the challenges of his public life slip away. This Is It reveals the tragedy of a life cut short just before delivering remarkable performances. Despite all the controversies around Jackson, he still can bring it on stage and is an intriguing figure. Ortega pays homage to his importance and reminds us why he rose to the top of the pop music world.

Next week, I’ll close out this marathon with the legendary Wattstax festival.