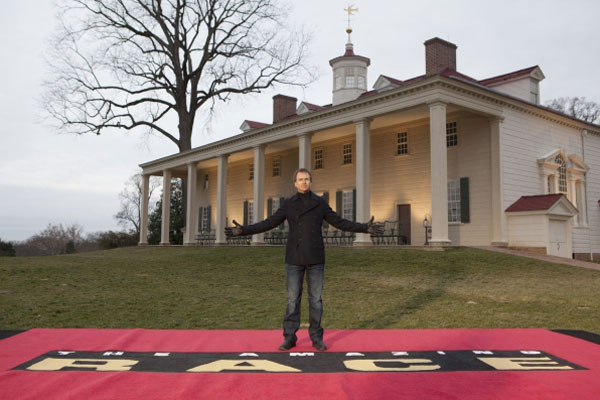 When evaluating the cast of each Amazing Race season, it’s easy to look at two strong guys and expect them to blow through the race. When this pair includes professional athletes, that chance seems even greater. The interesting part is that physical competitors frequently go out early. They could be poor navigators, struggle with intricate tasks, or just hit a run of bad luck. When an imposing team does get it together, the results can be predictable. Max and Katie won three straight legs heading into the finals, but it still feels like Bates and Anthony’s race to lose. They succeeded by following other teams and then rolling on the challenges. That’s hardly a bad strategy if they follow the right people (they did). Even with a few hiccups, the hockey players breeze to the finals and then turn on the after burners. They’re hardly the least desirable winners and gracefully take the top prize by a considerable margin. While no drama exists at the final task, there’s still plenty to like with the finale. The challenges feel more inspiring, particularly in the first hour. Caroline and Jennifer struggle in the second-last leg and lose despite more inept play from Mona and Beth. Both are clearly not serious contenders in the final leg, which becomes a two-team race between the season’s top competitors.

Teams begin by boarding a ferry and traveling to Belfast in Northern Ireland. Everyone wants Beth and Mona out, but there isn’t the same unity among the top three teams as last season versus the Beekmans. Everyone realizes that it’s an individual game. This is not a strong season, but the good-natured way they approach the game has been refreshing. Even when the stress picks up, there are few squabbles. The Roadblock is a unique activity called bog snorkeling that involves swimming through nasty water. This is a silly task that seems unpleasant but hardly impossible given the four-minute time requirement. Even so, it causes problems for several participants. Mona nearly has a breakdown because of her fears of the cold and dirty water, which make this a double whammy. Her struggles are nothing compared to Jennifer, who hurts her chances but jumping into a random pond for no reason. Quitting becomes a possibility, but she pulls through and finishes the Roadblock. They’re way behind and will need a lot of help to make the final three. 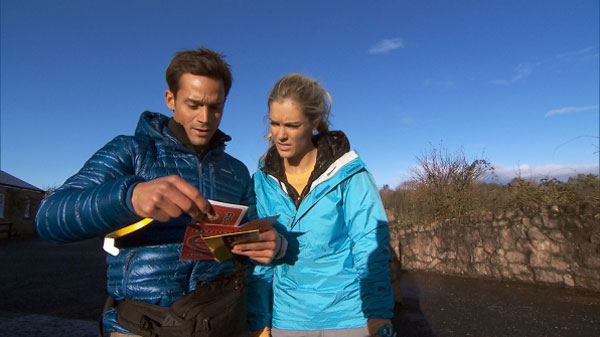 The top three teams race to the Detour and pick “Tray It”, which requires them to serve meals and recreate the final dinner of the Titanic. This is more than just a physical task and involves closely reading the sign. Max and Katie wisely discover the twist, but Mona repeatedly sends Beth with the wrong food. It’s a good reminder that sometimes it’s wise to slow down and figure out the challenge. Anthony also struggles with all the dishes and sends Bates into a rage. He seems ready to drop the gloves and brawl, but his partner saves the day. They finish second behind Max and Katie, and it comes down to a two-team race for the last spot. Caroline and Jennifer’s difficulties get worse due to bad navigation, but they recover and blow through the “Spray It” challenge. Painting a specific graffiti image takes time but lacks all the running and headaches of the food. The editors try to introduce drama into the finish, but it’s clear the roller derby moms will survive. The likable country singers hang in there right to the end, but it isn’t enough to avoid Phil’s wrath.

The remaining three teams go on quite a journey to drink a pint at the Euston Tap in London. After an eight-hour ferry ride, they don’t even finish the beer! The final destination city is Washington, D.C., and the first location is the Lincoln Memorial to the spot of Martin Luther King’s “I Have a Dream” speech. This serious moment is followed by a goofy joke where the clue tells the racers they’ll be meeting Barack Obama. Past seasons have used Wayne Newton, so who knows what will happen? Everyone feels dumb when they realize their destination is a hokey tourist spot where they’re “photoshopped” into a picture shaking hands with the president. They humbly exit and venture to the Tidal Basin for another Switchback. This Roadblock comes from the dreadful Family Edition and sends players through a swarm of secret agents to find the one with their clue. It’s very random for the finale and plays a key role in Max and Katie’s demise. He inexplicably falls way behind in this challenge, and they never recover. 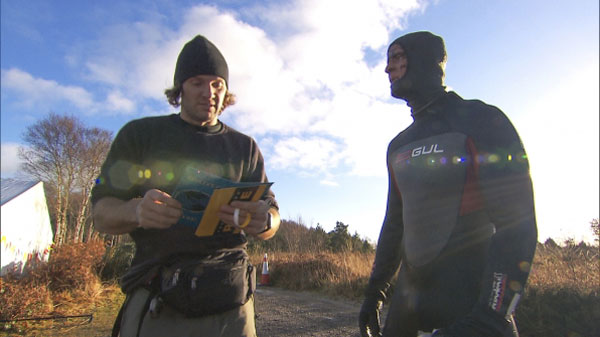 The next step in this challenge-packed leg is a visit to Nationals Park for a high-flying game of catch. One player uses a zip line way above the field and drops a ball to their partner on the ground. The big obstacle is the mascot outfit worn by the receiver. It’s nearly impossible to see or maneuver in the bulky costume. Creepy mascots of George Washington and Teddy Roosevelt dance around and liven up the proceedings. Bates and Anthony have a clear edge at this point, and it only grows while the others struggle at the stadium. They venture to Hains Point for the final challenge in a giant ball pit full of globes. Certain balls spotlight the countries they visited, which needs to be put in order. It’s a silly task that could have been dramatic with direct competition. Instead, Bates and Anthony finish before the others arrive and win the million-dollar prize. This finale includes entertaining tasks that show more creativity than much of the season. Even so, the predictable finish makes it hard to go over the moon about this race. They producers need to go back to the drawing board and re-consider every part of the show. Using minor tweaks like adding an Extra Pass is hardly a game-changing move. It’s still entertaining television, but it will take some major upgrades to push The Amazing Race back to the pinnacle of its glory days.
Amazing Race TV Review