There’s a group of films that don’t receive enough attention while everyone scrambles to cover the same movies. Those are shorts, which can be a proving ground for rising stars. They force writers and directors to deliver a convincing story or theme in a small amount of time and with limited resources. It’s easy to tell a story in 150 minutes; could you do it in eight? That’s the challenge for the talented individuals that create remarkable work in such a limited time. I’m hoping to make this a fairly regular feature in the future. There are many online sources for locating short films, and those pictures can put an interesting spin on the genre. For this post, I’m covering two examples of unique approaches to film making. They’re different yet both have an originality that’s lacking in many large-scale projects.

My first selection is a mind-bending film that takes place in a strip club. Or does it? The story is split between two settings, and it isn’t clear which one is actually real. Kristy (Lauren Fox) has joined her friend John (Malcolm Medera) in a park and relates a traumatic past experience. They seem like normal friends chatting about a tough event, but the perspective switches back to the club. Kristy may also be a dancer, and John’s a customer who’s become a confidant. There’s a mysterious third figure named Carl (Lukas Hassel) who played a key role in the story. Is he really just hanging out at the park watching them? The evidence points towards the club as the fictional location; there’s even a moment straight out of Vanilla Sky where the patrons seem only concerned with Kristy’s life. She may have dreamed up this spot to make a possible rape seem less brutal. There’s so much mystery within the short conversation, and it’s up to the viewer to decide exactly what we’re seeing.

The Days God Slept is directed by Jeremiah Kipp, whose background includes a large amount of short films. He paints a sharp contrast between the glitzy shots at the strip club and the spare footage of the park. The lively club shots nearly feel exploitative and show an idealized view of this type of establishment. The question is whether this tone is intentional to fit with Kristy’s means for dealing with the trauma. The script from Joseph Fiorillo incorporates religious elements that match the title. The meaning behind the monologues about prayer and belief in God aren’t entirely clear. They increase the head-scratching quality yet also leave you thinking for a while afterwards. The haunting shot of Kristy in front of a white background is striking and creates additional mystery. Kipp and Fiorillo are exploring the reliability of our memories and whether we truly want them to be accurate. Is it better to live with the fantasy? These issues and more are covered in this intriguing short. It’s not going to make sense up front, but there’s enough depth behind the glossy images to make it a chilling experience. Keep an eye out for The Days God Slept at a festival near you. 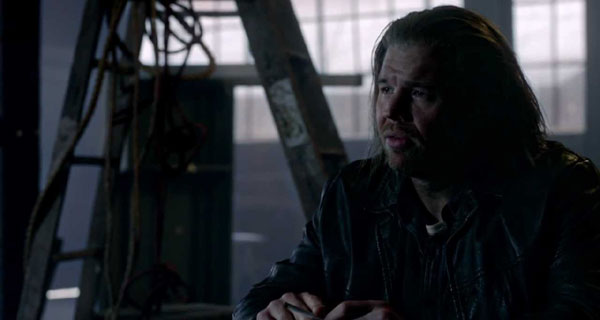 Writing crime fiction is a delicate art. Anyone can present some killings and the nasty criminals behind them. The challenge is depicting these violent acts with style and originality. In his collection of short stories American Death Songs, Jordan Harper gives us an intimate look at the denizens who lurk on the back roads in the middle of the night. (Full disclosure: I know Jordan from college and his time living in St. Louis a while ago.) His characters rarely survive for long, but they leave a trail of destruction in their wake. These aren’t the high-rent criminals you might see in a Hollywood film. Instead, they’re the scary guys hanging out at a small-town bar ready to rumble. One of his best entries is “Midnight Rider”, which describes a breakneck pursuit by police with the Allman Brothers’ tune of that name playing in the background. It gives the brave driver a real chance to escape, but fate has a cruel sense of humor. Even the clever guys eventually run out of luck.

This story has been adapted into an intriguing short that stars Ryan Hurst from Sons of Anarchy. The film doesn’t recreate the events and simply puts him in a chair to tell the story. The monologue is backed by sound effects that put us inside the story without the images. Hurst sells the character and makes us believe he’s recounting an actual occurrence. He’s like Spalding Gray telling his remarkable stories in Gray’s Anatomy, but without the silly lighting. This unexpected approach spotlights Harper’s words and makes them even more vivid. I’m not familiar with Hurst’s work, but he’s definitely the right choice to present this character. He sits in front of a sparse background of ladders and tools, and that grimy setting just adds to the authentic feeling. I’d love to see more stories from the book presented in this same fashion. Midnight Rider is available on YouTube through this link.
Film Review