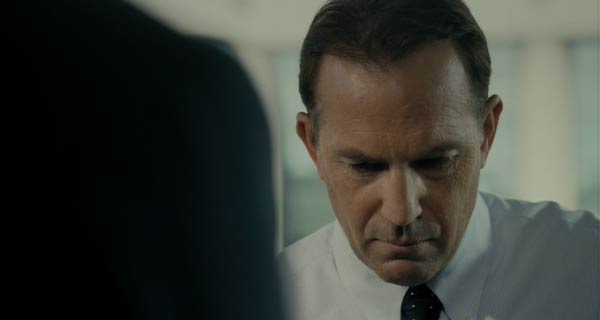 When I prepared the selections for this year's Blind Spots Series, I decided to avoid the "classics" and go in a different direction. Using Scott Tobias' New Cult Canon as a guide, the list includes offbeat films that have developed a cult following. This has led to some compelling movies, although they might not fit the standard definition of a true blind spot. The prime example is Mr. Brooks, the serial-killer drama that drew mixed reactions from critics and audiences. The idea of straight-arrow Kevin Costner playing against type was enough to make it interesting. Having William Hurt play his alter ego was just icing on the cake. This film actually did pretty well at the box office due to the star power, but it's largely disappeared from the movie world. Does it deserve more attention as a hidden gem? Director Bruce A. Evans definitely believes in the story and hoped to make a trilogy about these characters. While the modest success didn't allow for more films, it's clear that the material struck a chord with the director and star. 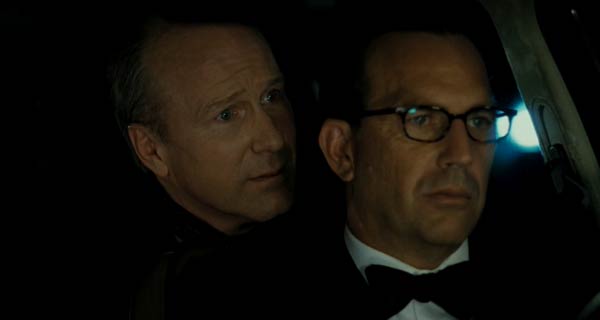 Costner has appeared in only eight features in the past 10 years, and these choices have avoided the leading-man persona of his prime. The 55-year-old actor is poised to return to the spotlight with Man of Steel and Jack Ryan this year, but he’s clearly stepped back in the last decade. One of his more unique roles is the title character of Mr. Brooks. This character study is mostly a low-key affair, though its high concept is easy to describe. I can hear the booming trailer voice now: “He seems like an average guy, but he’s REALLY a serial killer!” This set-up fails to do justice to this peculiar film. Costner mostly plays it straight as an addict who can’t stop killing. He even visits a support group at a church, and those meetings help him to stay clean for two years. Hurt wonderfully chews scenery as the devil on his shoulder pushing Brooks to return to his murderous ways. The two acting veterans play off each other wonderfully and even mimic the other’s facial expressions at times. When they share a maniacal laugh, it’s creepy but has its share of silliness.

Bruce A. Evans’ other film as a director is the forgettable 1991 Christian Slater star vehicle Kuffs. Along with his writing partner Raynold Gideon, he has penned the screenplays for Stand by Me and Starman. Of course, they also played a role in developing Cutthroat Island. Their script for Mr. Brooks walks a fine line between utter seriousness and pure chaos. A sense of foreboding rests over every scene, and the shocking moments are well-played. Even so, the story veers into side plots that distract us from the main premise. All we really need is to watch Costner and Hurt drive around Portland and talk about killing people. The divorce proceedings of Detective Atwood (Demi Moore) are a distraction and receive far too much weight. While they eventually connect to Brooks, it feels unnecessary for such a focused affair. The plot gets rolling after Brooks falls off the wagon and kills a couple having sex. He’s an extremely careful guy and is known as the “Thumbprint Killer” from his many past deeds. This time, he’s out of practice and leaves the curtains open. Entering the picture is the voyeur Mr. Smith (Dane Cook), and he wants something much different than money. Hidden behind some grizzled facial hair, Cook plays it straight and is a convincing dummy. He’s clearly out of his element dealing with Brooks and fails to realize his opponent’s intelligence. Their battle of wills is one-sided and headed for a predictable outcome. 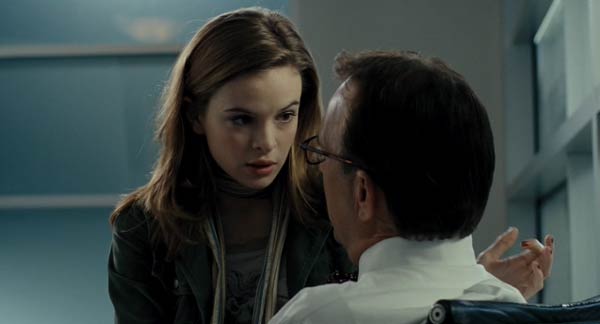 An interesting subplot involves Brooks’ daughter Jane (Danielle Panabaker), who drops out of college under suspicious circumstances. Does she share her father’s urges? The sequels would likely have focused more on her character. In this case, the ambiguity works because she isn’t the center point of this film. Brooks steps across a dangerous line to help Jane, and even his nasty alter ego isn’t ready to back that plan. Hurt brilliantly shows the different sides to even that part of his personality, and he steals the film. Costner plays Brooks as such a dull guy that he’s definitely hiding a different side. His controlled acting style has been more frequent in recent years. It’s hard to imagine the star of Bull Durham being this sedate. Jane shares her father’s manipulative personality, and both rarely speak without thinking of the consequences. Marg Helgenberger gets little to do as Brooks’ wife Emma, but she’s definitely the nice one in the family. Regardless of whether she shares his demons, Jane already is learning how to spin a clever tale.

There’s something strangely clinical about Mr. Brooks that keeps us at an arm’s length from the characters. It’s a trashy premise and includes its share of blood, but it doesn’t truly embrace this tone. The A-list stars and production values keep it glossy even when the action gets nasty. There’s plenty to like in this film, however, particularly the performances from Hurt and Costner. Moore is also surprisingly convincing as Atwood, but she gets the short end of the excitement. The subplot with an escaped convict trying to get revenge against her seems way out of place, especially during a manic shootout near the end. Also, the two-hour running time is unnecessary for such a contained story. It gives the characters room to breathe yet also sends them on tangential detours. The result is an intriguing film with a sharp premise that struggles to stick the landing. It’s great to see Costner trying something different, and that makes for a memorable film.