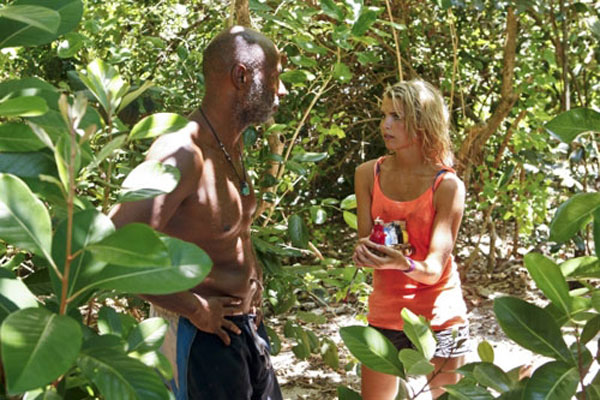 Brilliant. Thrilling. There isn’t enough hyperbole to describe the excitement of this week’s episode. It provides a clear reminder of why Survivor continues to shine. The editing has promised a showdown between Phillip and Corinne for weeks, and she finally makes her move. The problem is that she plays way too hard and trusts the wrong person. The favorites are set to vote out Sherri and give Corinne and Malcolm’s “Broliance” a key numbers advantage. It’s a superb move because it doesn’t show their cards like trying to take out Phillip. The failure reveals why it’s so hard to thrive at this game. Corinne is thrilled to make a power move and fails to recognize the danger. She underestimates Dawn’s resolve, which is becoming a theme this season. Revealing the entire plan serves no purpose at this point, and it starts the dominoes falling towards her elimination.

It’s interesting to note that Phillip simply lucks out because he chose the right allies. This result makes it clear that Andrea, Cochran, and Dawn are dialed in and determined to maintain their position. None of them are playing for third place in their second attempt. They lucked out this week, and the game would look entirely different if Corinne had survived. Malcolm would be in charge with a trio of fans in his pocket. Instead, he’ll need to scramble next week to regain his standing. The immunity idol should keep him around in the near future, but he’s no longer playing under the radar. Strategy is the focus this week, and having so many returning players leads to plenty of great discussions. Cochran and Andrea’s ability to regroup and grab Erik and Brenda shows their mettle. One of the night’s best moments has Erik just asking Andrea to point at the tribe flag about their target. This isn’t a guy who’s ready to take charge, but he’s a valuable swing vote. Brenda has been silent for so long that it’s starting to get comical. The editors give a shot of her smiling periodically but no confessionals. She was a major strategist and had plenty to say on her original season, so the lack of air time is baffling. 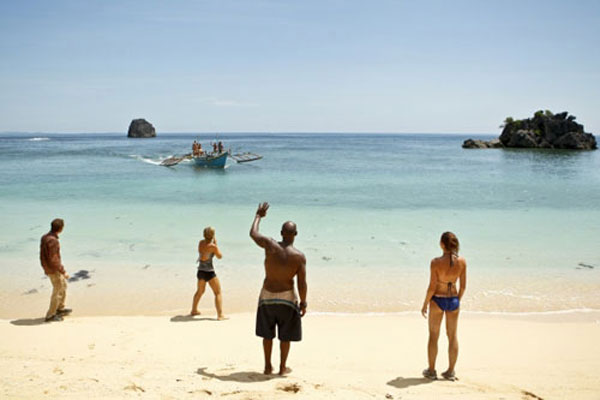 The episode begins with Phillip again talking about throwing last week’s challenge, which appears to set him up for a fall. The editors love making him look stupid, and that pattern continues once again. Then it’s merge time! A boat arrives to take the Gota tribe over to the Bikal beach, and everyone is thrilled to have a feast there. The real game begins this week, and Malcolm and Corinne prepare to take charge. The plan would probably go smoothly in a normal season, but this group of players is different. Also, Corinne isn’t that tight with most of them, so it’s easier to pull the trigger. She also makes a mistake by refusing to adapt to even better situation. When Phillip raises the possibility of splitting the vote, she continues to push for Sherri’s exit. What Corinne fails to recognize is that the split vote plays right into their hands. Four favorites would each vote for Reynold and Eddie, and their alliance has five committed members. They don’t even need Erik! They can easily remove Phillip and accomplish their primary goal right away. The best Survivor strategists are constantly adjusting to the best possibility and rarely have tunnel vision. Corinne believes so firmly in their plan that she dismisses an easier one that involves fewer people.

The gross food immunity challenge is a personal favorite because it requires different skills. Cochran proves that no one is better at eating nasty food, and his excitement at grabbing his first win is infectious. It’s remarkable to see everyone cheering for a guy who’s just won immunity. He’s in a solid position and clearly has strong allies. The chosen foods include pig brains, a duck egg, and even some live bugs. There’s nothing easy about any of the selections, even when players are starving. Cochran barely edges out Malcolm in the end, while others like Sherri and Reynold fail miserably. Malcolm even throws out an endearing Kobayashi reference to prove his dorky nature. This is why he’s a lot easier to like than a goofball like Eddie, who’s concerned that having to eat nasty food will hurt his future chances with the ladies. His lack of self-awareness reaches new heights each week. Cochran throws in a boxer dance after winning, and it’s clear to see why people like him. If he makes the end without committing any major errors, he has a great chance to win. 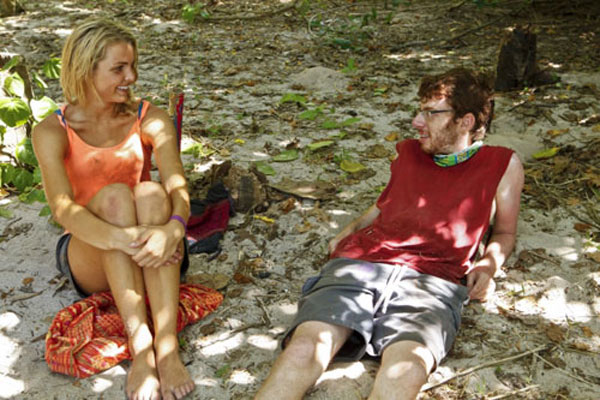 Tribal Council focuses on Corinne, and it’s clear that she has no idea the vote is coming. Sherri plays it right and talks about having no chance. She looked like a major player in the early going, but it’s clear that she’s just a pawn at this point. Even so, she doesn’t overplay it and wisely seems resigned to her fate. As the votes start piling up for Corinne, her “Oh my God” reaction is priceless and shows the right way to execute a blind side. By keeping it simple, the power players avoid any last-minute turnarounds and secure their spot. Even so, the presence of two immunity idols and swing votes like Brenda and Erik should keep the future weeks exciting. This episode feels similar to the wonderful post-merge chaos of the Philippines season, so more surprises are likely on the way. It injects serious life into a middling season and shows a lot of potential as the game heads towards the end.
Survivor Survivor Caramoan TV Review