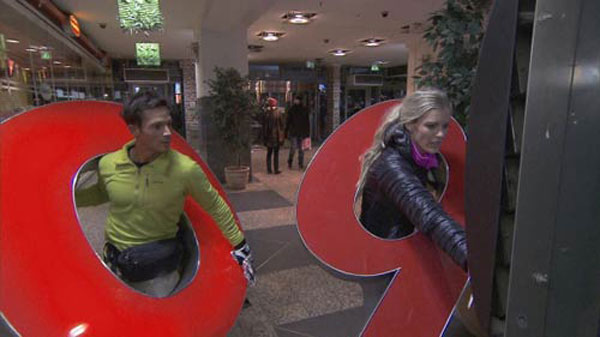 This week’s action-packed episode of The Amazing Race reveals the best and worst aspects of the current incarnation of this long-running show. After 22 seasons, it’s impressive to see challenges that still feel creative and exciting for devoted fans. On the other hand, there are warning signs that the producers are drawing the wrong conclusions from the consistent success. They seem convinced the audience is fascinated by the showmance between the hockey players and Caroline and Jennifer. While mentioning it is fine, repeating the same types of conversations feels unnecessary when so much is happening in the competition. Even if they make the finals and are competing directly for the million, the story isn’t going anywhere. A much bigger moment has Bates waking up on the train to Dresden, Germany and realizing that his bag is gone. Thankfully, he keeps his passport and avoids that disastrous fate. Bates laughs off the challenges ahead, but it’s a pretty big deal to lose everything. This moment is only shown briefly yet has a lot more interest than flirting with the girls. The teams just aren’t that engaging to make a possible romance exciting.

Even so, there’s still plenty to enjoy in a brisk episode that ends with a tight footrace to the mat. This is obviously a non-elimination leg, which limits the suspense of nearly seeing Anthony and Bates finish last. They end up just edging Mona and Beth, who drop to the bottom after some serious navigation issues. Losing his bag could have given Bates the edge to keep the guys ahead. This leg’s show-stopper is a head-first drop from the top of the very tall Park Inn Hotel that looks terrifying. Teams hang from the edge of the skyscraper and are dropped mechanically like the elevators in the Tower of Terror at Disney World. It seems a bit safer than a bungee drop yet provides a more dramatic image. On the opposite end of the excitement is the trivia “challenge” inside their new Ford Fusion cars. This is a great change of pace in theory, but the questions are so easy that it becomes comical. The first question lists five presidents, so there’s at least a chance of missing them. Its follow-up is ridiculous because the answer is so obvious. The question asks about the Russian leader at the time of Reagan’s “tear down that wall” speech. The options include Mikhail Gorbachev and other choices that aren’t even people like the Brandenburg Gate. It’s like an episode of Celebrity Jeopardy! Amazingly, no one seems to struggle with this question. 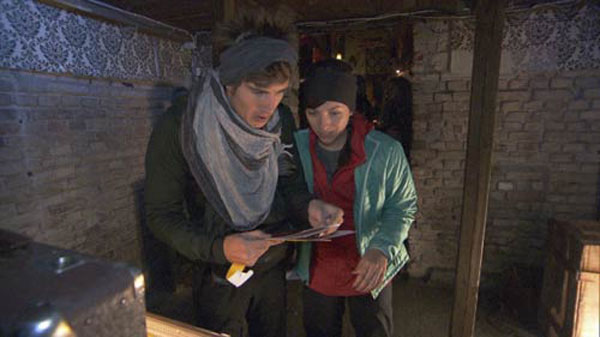 The episode’s highlight is a wonderful maze under the Salon Zur Wilden Renate dive bar in Berlin that’s full of strangeness. While it freaks out straight-arrow racers like Max and Jennifer, it’s a truly inspired location. Only Joey recognizes the greatness and talks about wanting to return to that spot. The Roadblock forces players to crawl through tight spots and locate the white room for their clues. It’s a claustrophobic spot that includes light effects, mirrors, and even a creepy doll. Traversing it while drunk is not a good idea. The bar contains the expected silly denizens, and another trivia question forces racers to interact with them if they don’t know the answer. The “ich bin ein berliner” quote is pretty basic knowledge, but several clearly have no idea without some help. It isn’t multiple choice, so kudos to the producers for at least making it a bit harder. Beth and Bates end up in the maze at the same time, so their space is extremely tight. They work together to escape and both plan to win in a footrace. That’s a wise move for only one of the two teams.

Prior to the Roadblock, teams compete in a Detour with a choice between “Train Trials” and “Font Follies”. The first task sends them to the Deutsches Technikmuseum to put together a toy train. Meghan and Joey pick it and realize it’s tougher than expected. They have fun with it and enjoy being away from the stress of the other players. Everyone else decides to transport large letters by foot to Berlin’s Museum of Letters. There’s a strategy to selecting the letters that are easiest to carry. Picking a lowercase “o” is much wiser than an “s” or a “k”. There’s also a chance of breaking their cargo, which requires them to go back to the beginning. Anthony’s letter falls over and does just that, which forces them to scramble and build the train tracks. They struggle even more than Meghan and Joey and seem destined for last place. It’s interesting to note that no one seems concerned with finishing last, so they probably assume this is a non-elimination leg. 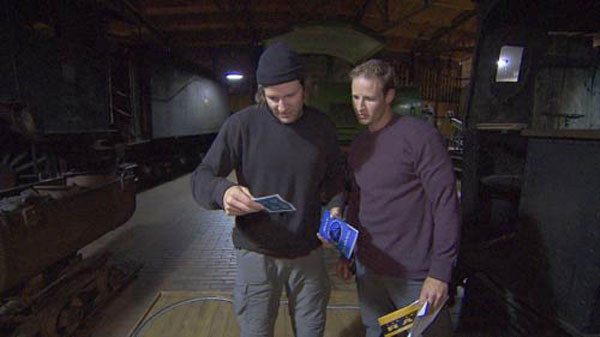 This episode offers another reminder of how alliances can be a crutch on The Amazing Race  Caroline and Jennifer waste time trying to decide if they should stick with Bates and Anthony. They also have problems after losing the guys when following them to the next clue. With only five teams remaining, it doesn’t make sense to stick together. The chance of slowing down and ending up fighting for the last spot is too likely. Max and Katie are playing their own game and getting better as the race moves along. They blow through this leg and take their first victory by a sizable margin. Meghan and Joey recover well and grab second to show they’ve recovered from last week’s troubles. It’s still anyone’s game and should provide a lot of excitement in the impending battle to reach the final four.
Amazing Race TV Review