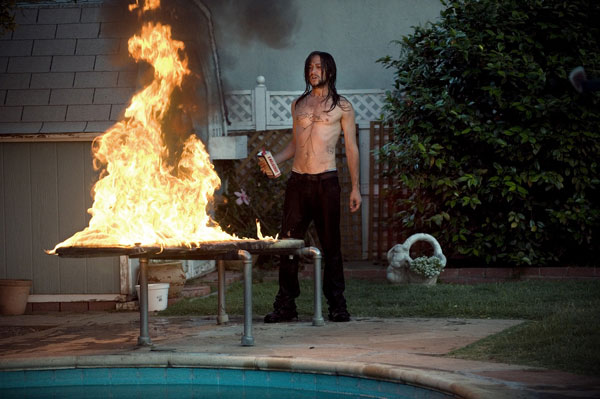 I’m closing out this marathon with a smaller film that shows a family dealing with a massive tragedy. That’s only part of the story, however. Spencer Susser’s Hesher also presents us with a title character that seems to exist in his own universe. Unlike the outsiders from the past three weeks, there aren’t clear factors that pushed him to step away from society. This under-seen film earned little at the box office but has gained a reputation as being a hidden gem from some ardent fans. One of the main factors is seeing Joseph Gordon Levitt in a much different role than his normal characters. Hesher is far from a straight-arrow guy and creates fireworks in almost every situation. This is the first feature for Susser, and he gives Levitt free reign to try anything. The question is whether this freedom benefits the movie. 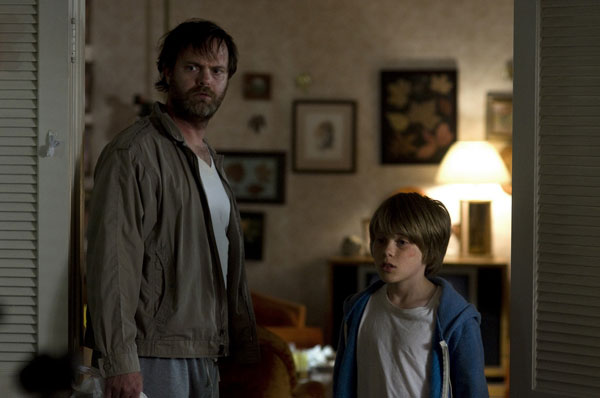 What's this story about?
T.J. (Devin Brochu) is a high-school freshman dealing with the recent death of his mom in a car accident. His father Paul (Rainn Wilson) has completely shut down and spends his days motionless on the couch. Support comes from his grandmother (Piper Laurie), but there’s only much that she can do. By chance, he encounters Hesher (Joseph Gordon Levitt), a loner who rarely wears a shirt and enjoys blaring heavy metal. Without asking, he moves into their garage and starts wreaking havoc. T.J. strikes up a friendship with Nicole (Natalie Portman), a grocery-store cashier struggling to stay afloat. His life is falling apart, and he’s searching for something positive amid the sadness at every corner.

How is the main character an outsider?
T.J. is a small guy, even for a high-school freshman, so it’s not a surprise that he’s bullied at school. When you factor in the fact that his life’s in disarray after his mom’s death, he’s clearly sliding away from society. The film opens with T.J. rapidly following a tow truck that’s removing their car. It’s badly damaged and holds terrible memories, so it’s clear why it needs to go away. Even so, T.J. spends tremendous effort trying to retrieve it. It’s his last connection to his mom, but the erratic behavior just pushes him further towards the edge. A guy like Hesher is more of an outsider on the surface, but he barely cares what anyone thinks of him. It’s different for the young T.J., who’s so emotionally invested in his quest that he doesn’t realize what he’s losing in the process. 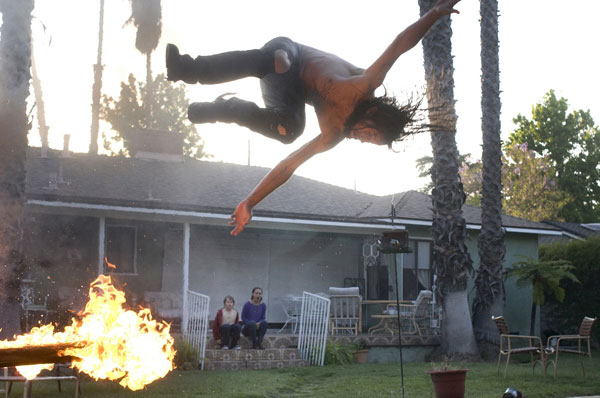 What external forces (if any) have created this isolation?
T.J.’s isolation is coming from two different forces, his crippled home life and Hesher. His dad is so lifeless that he doesn’t object when the unknown guy joins the family. In a strange way, Hesher is helping T.J. to think about something different than his mom. Even so, that’s hardly his primary goal. He’s mostly just messing around and watching the chaos. He goes beyond what others will do and then watches as anarchy ensues. Meanwhile, T.J. is repeatedly injured by crashing into cars and nearly getting crushed at a junkyard. That kid really needs a bike helmet. For the audience, it’s hard to know who to identify with as the mess keeps growing. T.J. is probably a good kid, but it’s hard to really connect to his stubborn behavior. Hesher is a silly character because he disregards so many societal conventions. The tricky part is finding something to like beyond his willingness to go so far.

Do the situations feel authentic and natural for the environment?
While certain events are outlandish, the story remains grounded because the actors sell the material. Rainn Wilson gets little to do as the grieving dad, but he’s believable given the awful circumstances. Natalie Portman hides behind glasses and unflattering clothes, but it works. The challenge is making Hesher’s antics not devolve into silliness. When he climbs up an electric pole and fixes the cable so he can watch porn, it feels straight out of a goofy comedy. The first hour pushes the envelope as he continues to dupe T.J. and go out of control. Where the story falls short is when it tries to rein in Hesher and make him redeeming. He plays a key role in their recovery, which is expected from the start. Even so, it doesn’t seem to fit with everything that makes him such a memorable guy. 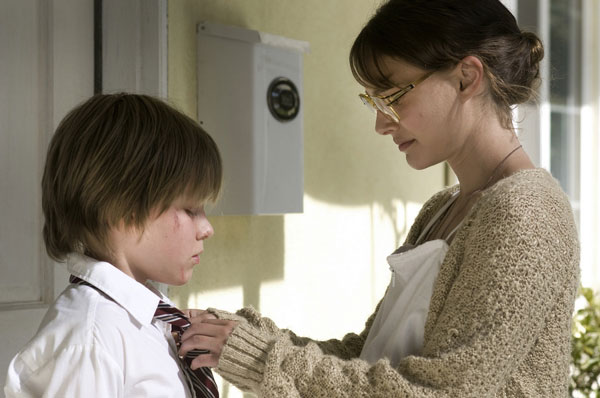 What themes are being tackled by the director with these outsiders?
Spencer Susser is part of the Australian group Blue-Tongue Films, which includes David Michôd (Animal Kingdom). He’s an American but clearly has a different perspective than your typical indie filmmaker. His offbeat approach for Hesher shifts quickly between drama and comedy, and those moves can be jarring. Even so, he’s clearly an artist to watch in the near future. Hesher doesn’t completely work and meanders at times, but it shows plenty of promise. He’s looking at outsiders facing a tragedy without taking pity on the subjects. T.J. and Paul need to step up and get on with their lives. Hesher’s big speech makes that point with a bizarre analogy, yet it strikes the right chord for this entertaining project.
Film Review