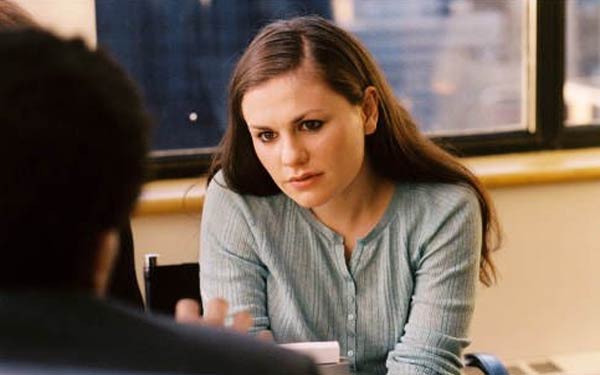 Much has been written about the saga of Kenneth Lonergan’s Margaret, originally slated for a 2007 release. When the writer/director struggled with the editing of the three-hour movie, lawsuits arose because the studio insisted on a shorter cut. It finally saw the light of day in 2011 and drew raves from many critics. It’s tricky to review a film with so much involved beyond what’s on the screen. It took a serious push from artists and cinephiles to even get it completed and released. Anna Paquin stars as Lisa Cohen, a high school student involved in a brutal bus accident that kills Monica Patterson (Allison Janney) as she's crossing the street. The guilt over her participation sends Lisa's life spiraling out of control. She’s searching for someone who really cares about her feelings, but that isn’t so easy. Her parents have separated and both have their own professional lives, and Lisa strikes out aimlessly to find a reason for this disaster. The big question is why she’s pursuing this issue so vigorously. The bus driver Maretti (Mark Ruffalo) was distracted and ran a red light, but Lisa was the person diverting his attention. Lonergan (You Can Count on Me) makes it clear that she isn’t just seeking justice out of pure feelings about right and wrong. 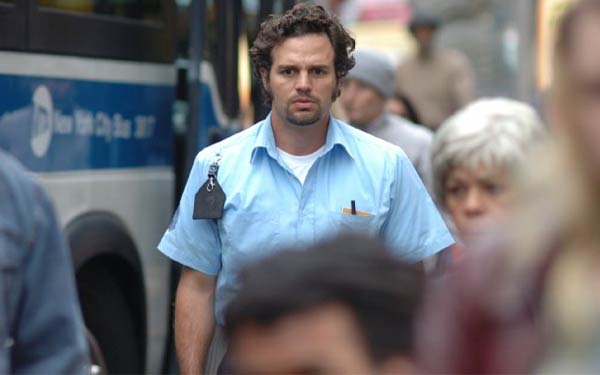 A key sequence is a fierce debate at school that addresses America’s current standing around the world. The discussion shifts to 9/11 and whether the attacks on Afghanistan and Iraq were justified given the deaths at the World Trade Center. Lisa fiercely defends the idea that the terrorists were crazy, and that the U.S. invasions were justified because of the attack in New York. This film was shot in 2005, and the pall of uncertainty during the middle of the Bush administration looms over every scene. It’s no coincidence that it takes place in New York City; Lonergan even pans to the empty sky once occupied by the twin towers. The characters are bumbling their way through life while feeling that something isn’t right about the current system. Lisa’s mom (J. Smith Cameron) has started a new relationship with Ramon (Jean Reno), but there’s little excitement in their connection. She sits motionless as he rambles on for long periods of time about dull topics. Her father (Lonergan) lives in a California beach house and tries to be understanding over the phone, but it’s clear they aren’t close. This lack of close family relationships makes it difficult for Lisa to feel comfortable with anyone. She has few qualms with questioning teachers, cops, and other authority figures who don’t share her feelings.

Our challenge is to connect with Lisa because she’s pushing away everyone who cares about her. She’s self-righteous and idealistic, but her brashness and inability to see others’ views makes it very difficult. Anna Paquin goes big with Lisa in a tricky performance that could be dismissed as too much. However, she captures the messiness of teenage life, particularly for a girl who’s bottling a brutal trauma. Her friendship with her geometry teacher Mr. Aaron (Matt Damon) is clearly headed for unfortunate territory, and it’s difficult to watch it progress to that point. A high-school boy expresses interest in romance, and she pushes him aside without a second thought. The arguments at school and at home grow nastier with each passing day, and there seems to be no end in sight. Lisa gets involved in a wrongful death suit to soothe her guilt, but she’s clearly in over her head. There’s little joy in this sour world, and everyone’s struggling to figure out how to survive. 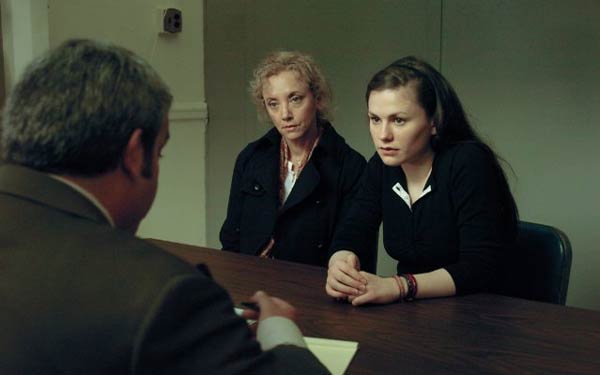 Some of the best scenes involve Lisa interacting with adults and trying to understand why they don't share her outrage. No one is experiencing her combination of remorse and indignation following the accident, even Maretti. The volatile discussion when she visits his house is one of the best and most uncomfortable sequences. She finds his address and arrives unannounced, which arouses the suspicions of his wife. Maretti is clearly shaken up by the accident, but he isn't willing to engage with her about it. His reluctance makes sense given the horror of the accident, and he has lots to lose if the truth comes out. Lisa is convinced that someone out there understands how she's feeling, but he's in a different ballpark. She's working with Monica's close friend Emily (Jeannie Berlin) on the lawsuit, and they share a bond of wanting to take down Maretti. Even so, they're approaching the situation from different angles. When Emily takes offense at Lisa and lashes out at her, it's stunning but makes sense given her perspective as an adult who actually knew Monica.

Although it’s an intriguing film with heavy emotions, Margaret also feels unnecessarily long for such a personal tale. Characters appear and don’t return, and it’s clear that Lonergan had more to say than what would fit in 150 minutes. I haven’t seen the extended DVD cut, which adds 36 minutes and likely provides more depth. The victim’s family members are just out for the money and care little for their relative, but we barely see them. The story from the theatrical cut feels like a compromise and might have worked better at two hours. Even so, it’s still a stunning piece of drama with a passionate lead performance. It’s the type of role that usually wins awards, and the fact that the movie even saw the light of day is pretty remarkable. The ensemble cast includes stellar work across the board, and handling this type of heavy material is no easy task. Despite the pacing issues, it deserves a lot more attention from viewers and remains unknown to far too many film lovers. Lonergan can’t rein himself in completely, but he delivers one of the more compelling films in recent years.
Film Review