Survivor Caramoan, "Kill or Be Killed" 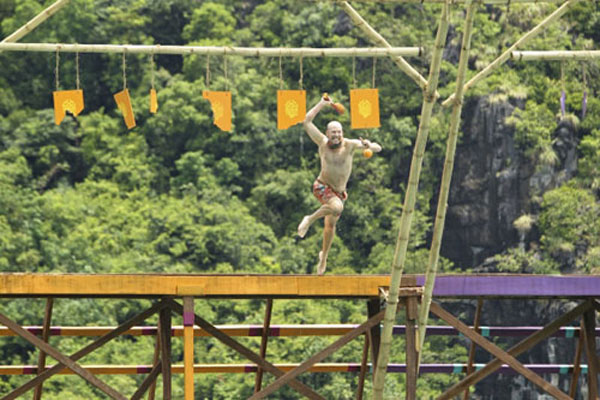 In the past 25 seasons of Survivor, there are several prime examples of hapless tribes. Last season’s Matsing lost the first four challenges and was quickly absorbed into the other two groups. Back in Palau, Ulong never won immunity and remains the standard for the worst pre-merge tribe. They may not be in that company, but the fans are making a bid to enter the conversation. Their only challenge victory was a fluke when Reynold soared past Malcolm at the last minute. This week, they strive mightily to change their fate, but the favorites are a stellar bunch and grab both wins. After Shamar meekly exits with an eye injury, it seems like Reynold or Eddie is heading out. Although they haven’t always shined, keeping them around makes sense. The editing suggests the alliance will hold firm, but even forward-thinking players like Sherri realize the game has changed. Barring a tribal swap, they must change direction or risk having little chance after the merge.

Laura is clearly a fan who understands the importance of numbers. At Tribal Council, she calls out the strategic aspect of maintaining a strong alliance. Even so, she’s extremely thin and has struggled during challenges. Taking her out isn’t a huge risk because Reynold and Eddie still rest at the bottom of the remaining players. Even more importantly, they raise enough doubt to inspire Reynold to play his idol. It’s a logical move from his perspective; why take a chance of going home with the idol? Matt and Mike are clearly running the show now for the fans, and they maintain an edge while building new bonds in the case of a tribal swap. Without her primary allies Shamar and Laura, Sherri must follow the group or risk having no friends left. The power shift is drastic and happens within a single day. Matt takes the initiative and it pays off because he sells the benefits of the stronger guys. Eddie also isn’t a very wise player, so there’s little risk he’ll make a brilliant move. At the episode’s opening, he claims Hope was voted out because she’s the “best-looking” girl on the tribe. This assumption shows that he may not be an expert on strategic game play. 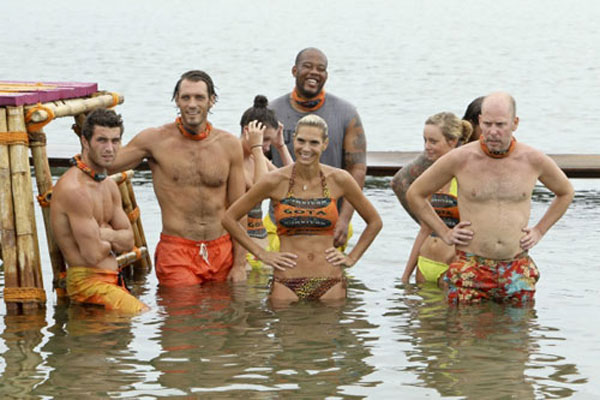 Shamar makes it easy for everyone to dislike him and spends most of his day in the shelter. He seems ready to quit unless they bring him rice, and that’s just the ammunition Reynold and Eddie need. It ends up being moot after vicious sand leads to a corneal abrasion. Take it from someone who’s had this injury; it’s much worse than it sounds. Jeff Probst makes a rare appearance at camp with the medical team, and they determine the big guy must exit the stage. It’s definitely one of the goofier four-episode runs for a Survivor contestant. Reynold finally gets his wish, but there’s still the immunity challenge to consider. Sherri is the killer this time and loses plenty of ground in another top-notch set-up. Players must run across water platforms and then swim to a massive structure. Once they reach the top, they must smash a tile and release a key to a chest back on shore. The ridiculous talents of Erik give the favorites a huge lead right from the start. Reynold makes a valiant effort to save the day with his throwing skills, but the gap is too large to bypass Phillip.

The favorites continue to live the high life and have little tension among the nine (!!!) remaining players. Phillip gives nicknames to Brandon, Erik, and Brenda, so now everyone is part of the “Stealth ‘r’ Us” alliance. The title is definitely misleading. The silliest one is calling Brandon “The Conqueror”, especially if the previews for next week are accurate. The editors clearly have little to show in terms of game play, so they’re sticking with the camera-ready Phillip. The favorites also win the reward challenge and get a visit from a local bushman. The diminutive guy is basically the cutest man imaginable and offers some tips on cooking and setting up the camp. It’s like they’re taking a high-priced vacation at this point. Part of this is the editing, which focuses on the fans during the nasty storms. The favorites are also dealing with similar weather, but that doesn’t match the story being told. 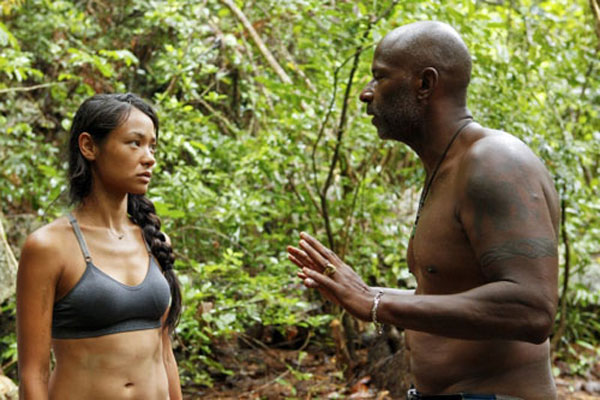 Although the fifth episode seems like the perfect spot for a tribal swap, the producers may let this ride to see if the rout continues. The fans are over matched in challenges; Brenda and Andrea in particular continue to rock all the tasks. Even so, the fans are bound to catch a lucky break at some point. If the producers decide against swapping the tribes, at least one favorite will probably leave in the near future. Of course, that still leaves a significant gap in numbers that could challenge even the smarter fans. In a strange way, it might benefit them to hit the merge way down in the numbers. The favorites at the bottom of their alliance could grab the remaining few and take out the leaders. Of course, that assumes any of the fans make it that far.
Survivor Survivor Caramoan TV Review