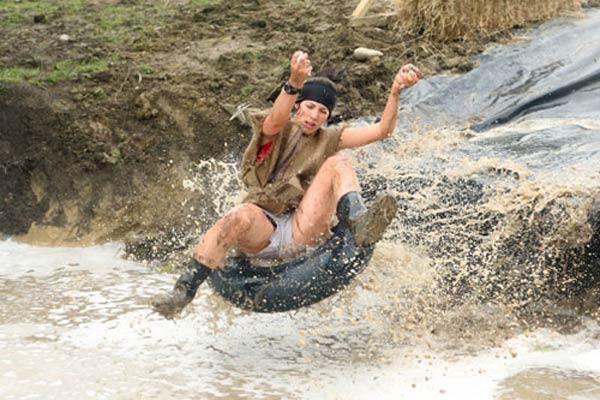 When 58-year-old David O’Leary apparently ruptured his Achilles tendon at the end of last week’s leg, his departure felt certain. How could he possibly continue? The guy is in excellent shape, but this type of injury is no joke. The Amazing Race requires great stamina and speed, and there’s little chance he can skip every physical challenge. This week, the doctors confirm that David ruptured his Achilles and the muscle around it, so they seem doomed. However, crutches and a walking boot allow him to continue. They’re living on borrowed time, but it’s remarkable they can even keep going. John and Jessica help out with the Express Pass, which sends them first to the mat. The young couple wisely sees a solution to their dilemma with handing out the prize. They can honor their original deal without aiding a strong team. David clearly needs the rest after the exhausting leg, but evil Phil’s bad news has him questioning his future. This is a dreaded double leg, and “to be continued” flashes on the screen while David contemplates his fate. While they’ll probably keep racing, it’s clear the odds are stacking up against them with this latest twist.

This episode is packed with action and moves rapidly. After learning more about David’s injury, the teams take a long trip to Christchurch, New Zealand with multiple stops. Chuck and Wynona make an error in the final stage, but it only hurts them a little because of an overnight bunching. Teams are roughing it more this time; they spend one night on the airport floor and another in a tent. Their first task is a jet boat ride, which is apparently the law when you go to New Zealand. Amazingly, there is no bungee jumping this time. The most interesting part of these segments is the formation of several alliances. John and Jessica are working with the roller derby moms and Meghan and Joey, while the hockey players team up with Caroline and Jen. Teams are really focused on alliances this season. Of course, they must remember that they mean almost nothing on The Amazing Race.  Barring a unique case like the purposeful targeting of Jet and Cord in the Unfinished Business installment, they rarely bear fruit. It’s possible that joining another team can just get you lost in New Zealand. Of course, there are worse places to be stuck given past racer experiences. 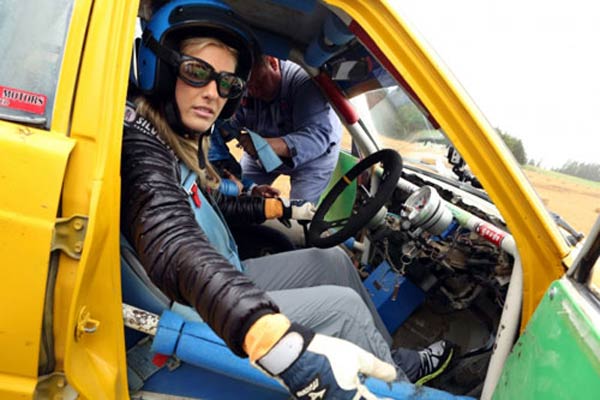 The Detour options are “Rev It Up” or “Reel It In”, and nearly everyone picks the first choice. That task involves driving a modified car through a series of cones within a specific amount of time. The challenge is that both players must complete it and use a manual transmission. This causes problems for Caroline and Jen, who just learned how to drive a stick recently. David also realizes he can’t do this with his injury, and they quickly switch choices. A note to Idries and Jamil: This is what you do when you realize a task isn’t for you. The other choice involves catching a 12-inch fish from water that seems full of them. Chuck enthusiastically picks this option, which is no surprise. His excitement is impossible not to like. Connor and David don’t share his fun and quickly use the Express Pass. Thankfully, that’s the last we’ll hear about the big decision and its impact. Although they probably wasted it, the choice makes sense given David’s injury. If nothing else, it does win them a trip to Bangkok for arriving first at the mat.

One of the best aspects of this show is the way it delves into the culture of their destinations within the challenges. Unfortunately, driving an off-road vehicle doesn’t feel that authentic to the New Zealand experience. Someone in production really likes car challenges, but they don’t make for thrilling television. More unique is the obstacle course Roadblock, which sends the players through some pretty disgusting spots to grab the clue. The challenge ends with a slide into a lake of manure, which should lead to some foul-smelling traveling in the second half of the leg. Along with traversing the course, players must transport eggs without cracking them. This seems difficult, yet few have problems. Navigational problems send Max and Katie and the hockey players to the back of the pack. There is plenty of shuffling of places, which proves the game design was effective. Even if the first 20 minutes involves several bunchings, the competition is fierce up to the end. 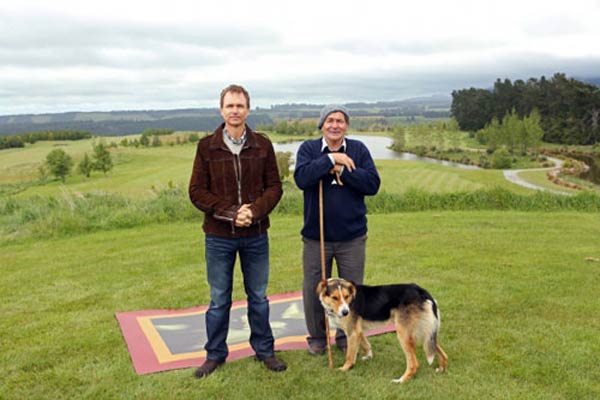 This leg shows just how difficult it is to predict success for teams on The Amazing Race. It’s basically a free-for-all where almost anyone can lose. It’s possible that a strong team like Bates and Anthony could finish last this time. It won’t hurt their chances because of the double leg, but it still shows that no one is safe. Dave and Connor will probably keep racing, but how far can they go? Dave’s perseverance is amazing; he’s faster on crutches than a lot of players are on foot. Still, getting around in New Zealand is much different than in the more difficult environments to come. They’ll need some serious luck and determination to survive very long. Even so, their persistence has brought more excitement to a season that definitely needed it. The competition is starting to heat up, and moving beyond the tourist sectors will certainly lead to more fireworks going forward.
Amazing Race TV Review