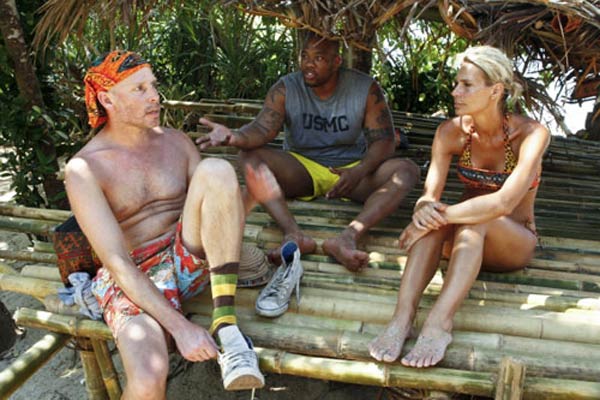 This week gives a clear reminder of the difference between liking Survivor and being an expert player. Even if these really are super fans like Jeff Probst claims, there’s still no substitute for experience. Brandon Hantz may be crazy, but even he would probably do a better job hiding the hidden immunity idol than Reynold. When he discovers this important prize with relative ease, he gives a confessional about making sure the others don’t learn his secret. Of course, this means little when this “bulge in his pants” gets exposed near the camp. Laura shows her smarts by recognizing the idol, but then outs him in a really strange and noncommittal way at Tribal Council. Their inept play makes even the goofball favorites look like geniuses. The final vote is handled well by the dominant group, who understand that while four is less than six, it never hurts to get a larger edge. Allie loses by association and exits quietly after being schooled in the wonders of math. She also doesn’t realize that smart players might want to keep around the really annoying guy at camp.

It’s hard to give Allie too much trouble, however. Reynold clearly thinks he’s running the show for the Gota tribe. He’s right that Shamar is pretty useless at camp and irritating, but the big guy realizes it’s all about the numbers. Sherri wisely calls him her “Phillip” and can use him as a shield. They can always vote him out later if he gets too ridiculous. Shamar may recognize his safe position, but that only goes so far. He probably needs to tone down his behavior if he wants to stick around. Staying in the shelter for 19 hours is a bit excessive. This vote reveals who’s really taking charge in this group. Sherri and Michael are the Survivor experts and have a capable ally in Matt. That trio should be able to maintain control, though Reynold’s immunity idol is always a threat. He’s a strong guy and isn’t going anywhere soon, and a tribal swap is always looming around the corner. The question is whether they can win some challenges to avoid getting picked off when the switch happens. The favorites should won last week too and dominate most of this contest. 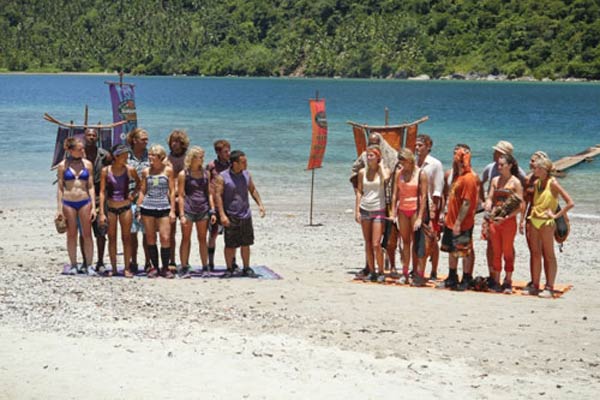 The immunity challenge is another impressive one and uses a lot of real estate. Three tribe members are propelled out into the water to dive for nine tubes submerged beneath the surface. The favorites arrange their team well and put some of their best athletes onto the raft. Erik is a challenge monster, and Andrea and Brenda are both strong competitors. On the other hand, Julia and Hope look confused while Sherri tries to gather the rings by herself. Malcolm tries to choke away the challenge again, but Phillip swoops in to save the day and win it. The specialist rides again! The fans are clearly overwhelmed by the occasion and make inexplicable choices right up to the end. Along with taking immunity, the favorites also win a lot of fishing gear. They’re clearly loving life and even let Phillip go crazy and hand out many nicknames. Malcolm can barely keep a straight face while he gets dubbed “the enforcer” by the self-proclaimed CEO of the tribe. Although it’s ridiculous and just feeding Phillip’s ego, it’s also great television. He seems destined for a fall at some point, but his annoyance is secondary to another notorious guy creating greater havoc.

Brandon Hantz should not be playing Survivor. This has nothing to do with his strength or ability to battle the elements. Instead, his mental state is too fragile to handle one vote that doesn’t go his way. He’s ready to channel the blood of his uncle Russell and start poisoning their camp. This isn’t just a metaphorical term either based on the previews for next week. While most of his nastiness comes right after the vote, the calm feelings are short-lived. Cochran perfectly spells out the drastic personality changes that make Brandon so impossible to handle. Like Phillip, he’s also good television, so the producers will give him plenty of screen time. Corinne and Brenda are barely getting any footage; how can they compete with these crazy guys? Clearly, attractive women are no match for insanity. Dawn takes the brunt of Brandon’s anger, and she’s reduced to tears. Next time, I’m guessing she won’t try to explain their votes. When Brandon starts talking about his mad plans, Erik is the only one willing to listen. It’s clear that he isn’t too thrilled by this prospect, either. 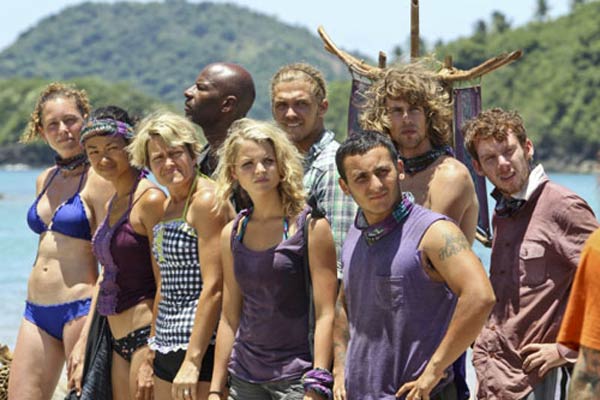 Although the numbers are even after two episodes, the fans seem like they’re already self-destructing. They have a six-person majority, but all it takes is a few more Shamar tirades to break up that alliance. The numbers will probably stay close for a while, but this group seems over matched by the returning players. Sherri and Michael almost certainly will get their chance to make their moves, however. Phillip may claim to be channeling Boston Rob, but no one in this game is set to dominate. It should lead to more unpredictable results as the season keeps rolling along. Although the outcome is predictable, this episode has plenty of entertainment and moves quickly. The fans may be stumbling through the early stages, but the “fans vs. favorites” format is working great so far. There are so many different ways this game could go, and unhinged players will keep the chaos happening right to the end.
Survivor Survivor Caramoan TV Review