Amazing Race 22, "Business in the Front, Party in the Back" 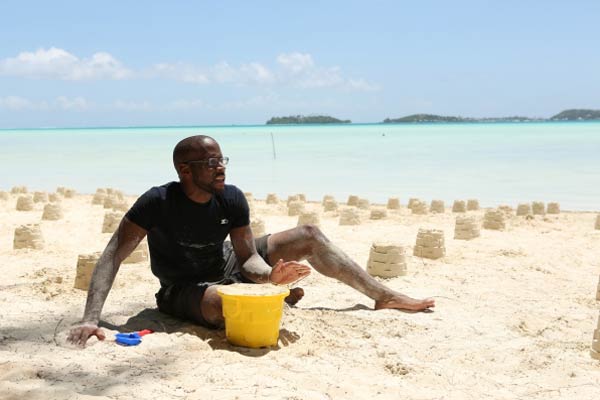 Each new premiere of The Amazing Race brings its own share of questions. Will the cast have exciting characters? Will the challenges stand apart from the formula? Will the producers offer new twists that change the game? All three of these boxes haven’t been checked as often in recent seasons. There have been thrilling challenges and standout players, yet the results have been inconsistent. This new group is filled with lively teams that have their own unique stories, but the challenges dominate the opener. A brutal Roadblock pushes three pairs to take a four-hour penalty and choose a boat race to the Pit Stop. While the risk pays off for two of them, it sends firefighters Matthew and Daniel right to elimination. The well-meaning guys capsize and lose the tense race to the end. The three-team battle is great television, but it still raises questions about the challenge design.

Difficult challenges make the show more exciting, but this one is something else. In a variation of the infamous hay-bale Roadblock from Season 6, players must dig through a huge number of sand castles to find their next clue. Eleven are hidden separately, but there’s a catch that makes it a lot harder. Players must rebuild each sand castle in the hot sun before searching the next one. Along with being a “needle in a haystack” challenge, it’s also a test of endurance. When Max and Katie, Caroline and Jen, and Matthew and Daniel choose to quit, it’s hard to argue with their logic. There’s so much luck involved in finding the clue, so at least skill will decide their fate. As a viewer, watching teams wilt in the heat and dig through sand castles isn’t great television. Even the grisly “meat block” from Season 7 (where three teams also quit) was more engaging. While it tests the players’ stamina, this Roadblock feels more like a gimmick than a thrilling challenge. 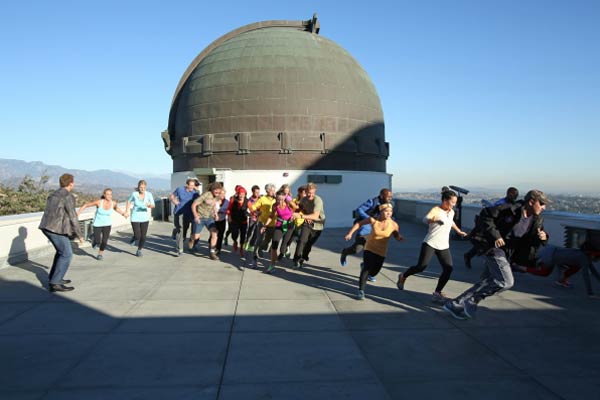 The leg begins at the Griffith Observatory in Los Angeles. Phil gives his standard explanation, and brief clips describe each team. Easily the most ridiculous intro goes to Chuck and Wynonna; his mullet and obsession with taxidermy are impossible to beat. Nearly every duo has their own hook, which can be uplifting (cancer survivors) or excruciating (wannabe villains). After boarding their “amazing” new Ford Fusions, everyone speeds to the airport for flights to Bora Bora. Five teams get a one-hour edge by catching the first flight and make a pact involving the newest twist. The winner of this leg gets the Express Pass and receives a second Express Pass to give to another team. This move creates an interesting scenario where they benefit by playing nice. While the Express Pass is hardly a guarantee of success, it does provide a safety net for a nasty future challenge. The leaders vow that the winner will give the Express Pass to the second-place one, but that assumes they keep the edge. When John and Jessica grab the victory, it’s almost certain they won’t honor the deal. The editors spend too much time on this arrangement for things to go smoothly.

The first task in Bora Bora is an incredible sky dive from a helicopter above the strikingly clear waters. The HD really pays off with these jumps, which rank among the most impressive in the show’s history. The skydiving is also a Roadblock, which forces the other player to crawl through the sand. This move is interesting because it forces less-capable team members to pull their weight. While luck plays a key role, it’s clear that staying focused doesn’t hurt. Wynona spends the task complaining, but Chuck’s support keeps her on task. On the other hand, Idries struggles mightily and clearly isn’t using the best approach. The twins might not have been a wise pick to win. Even after finding the clue, their boat capsizes far from the shore due to poor construction. They finish eighth, but Idries and Jamil have a rough time. It’s important not to read too much into one leg, however. Plenty of teams have started slowly and found their groove on the way to victory. 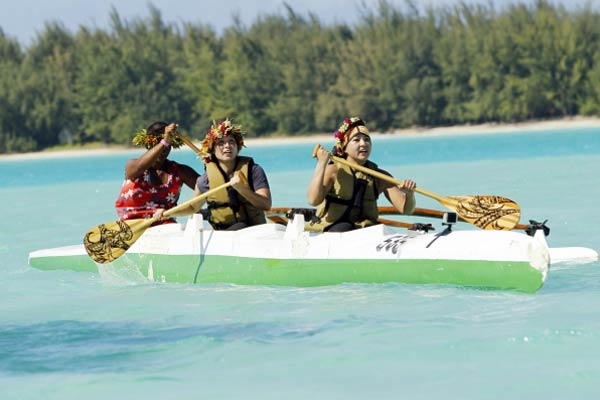 Looking at the teams, it’s difficult to say much because of the rapid pace. Introducing everyone and showing a full leg in one hour is a tall order. A memo to CBS: A 90-minute premiere is always a wiser choice. Matthew and Daniel looked like cannon fodder, so their quick exit is not a surprise. In the leading group, Anthony and Bates are obviously strong athletes and they match those expectations by finishing second. It’s also refreshing to see an upbeat team like Pamela and Winnie do well, and it’s impossible to root against David and Connor. The only grating team is Max and Katie, who are clearly trying to play villains. When she talks about having no friends, it rings false. While casting this type of painful team can lead to more drama, it’s less interesting when they’re clearly creating fake personas.

Despite some challenge issues, this is still an exciting premiere that sets up a promising season. The camaraderie among the cast feels natural, and there are only a few bad apples. Bora Bora is stunning and the perfect setting for this type of competition. While it’s tough for a long-running show to stay fresh, it’s clear that the producers are still trying. Even though the challenge doesn’t really work, it shows that they are trying to test the players. The question is whether increasing the difficulty is the best route to better television.
Amazing Race TV Review